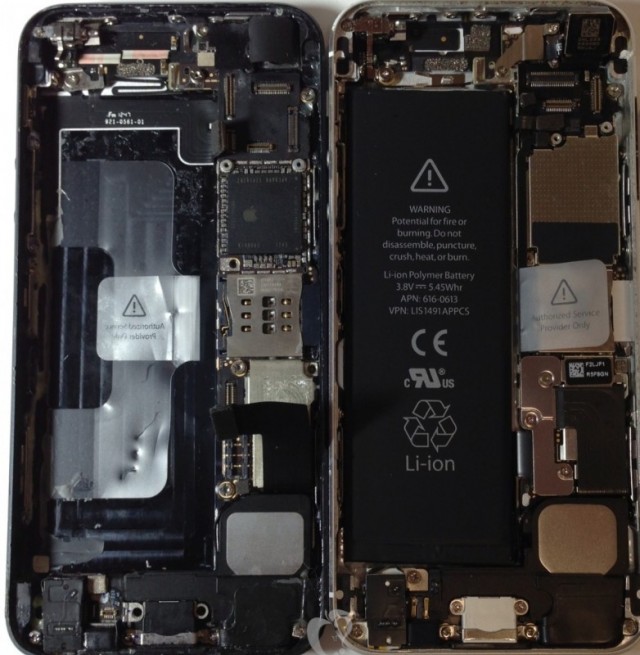 WWDC is over, iOS 7 is coming, and the next ray of sunshine for Apple fans is the annual iPhone refresh this fall.

The iPhone 5 was announced on September 12th last year and released two weeks later, on September 21st. It introduced a new aluminum build, a thinner frame with a larger 4-inch screen, and a smaller 8MP camera module. While many buyers saw it as an incremental change, it was the biggest internal update to the iPhone since the 2008-era iPhone 3G. With LTE support and a new A6 chip, it managed to offer double the performance, both in the CPU and GPU, than the iPhone 4S, with comparable battery life.

As expected, rumours of an iPhone 5S have started to appear across the net, with leaked parts and prototypes offering a view into the unfinished world of Apple’s newest smartphone. The iPhone 5S seems to have the same dual-tone aluminum frame, but offers a slightly larger battery and what appears to be a two-colour dual-LED flash.

Now an early prototype of the complete iPhone 5S motherboard has leaked, and it looks as though, based on the predictable product numberings of previous SoC’s, the new device will launch with an A7 chip, which appears to be manufactured by TSMC, not Samsung. It’s long been rumoured that Apple would sever ties as much as possible with its Korean rival, bringing on the Taiwanese chip manufacturer to take over. TSMC wasn’t expected to begin working with Apple until the 2014 iPhone and its inevitable A8 chip, but it’s possible there will be a joint allotment this year as Samsung is slowly tapered out.

So now we wait until around September, or whenever Apple deems the phone ready to go. Who’s excited?