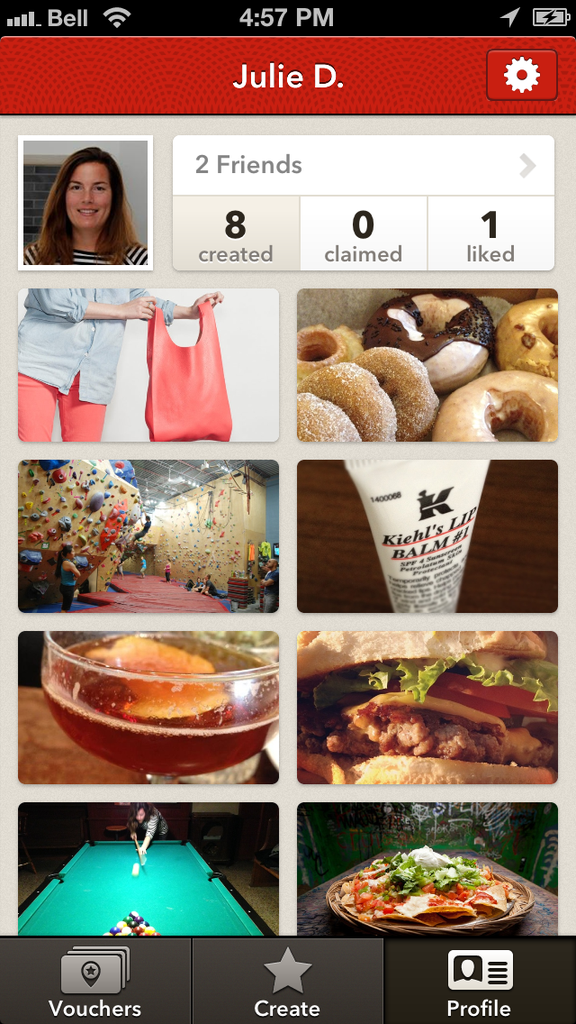 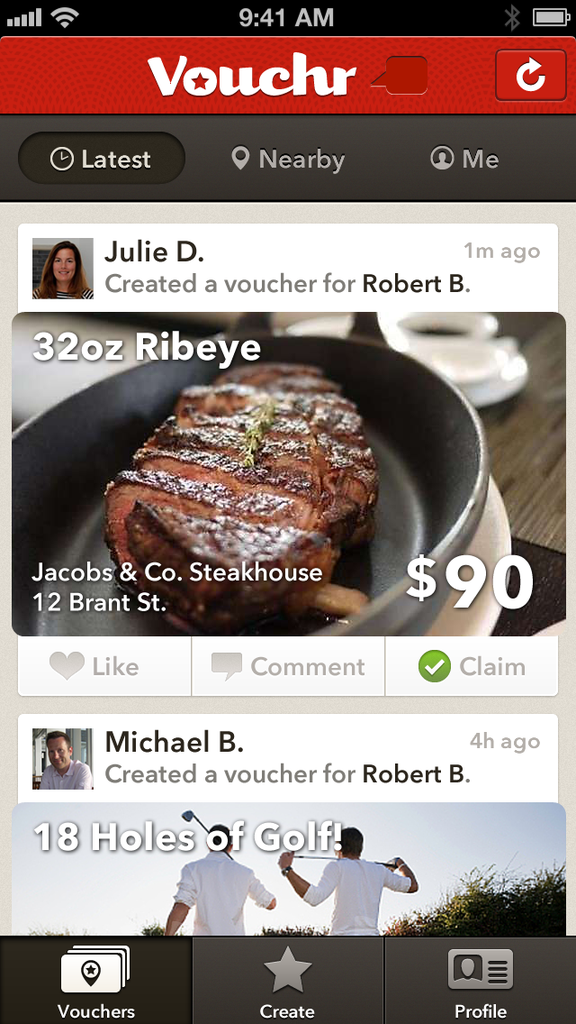 When we last spoke about Vouchr in December, the Toronto-based startup had just launched a hometown trial of its interesting app.

The idea is simple: put your real money where your virtual mouth is. Got a favourite burger you want your friends to try? A pair of cheapo headphones that sound better than ones ten times the cost? Create a voucher that can be claimed and spent on that item, and get some good karma, and hopefully some excellent publicity, in return.

The app has been redesigned for native iPhone 5 usage (no Android app yet) and many requested features have been added, including limiting vouchers to a specific Facebook friend as well as the ability to “revouch” a memorable experience. The redesign adheres more closely to the iPhone’s more specialized user interface needs — the previous version was built in HTML5 — and should respond much faster as a result. 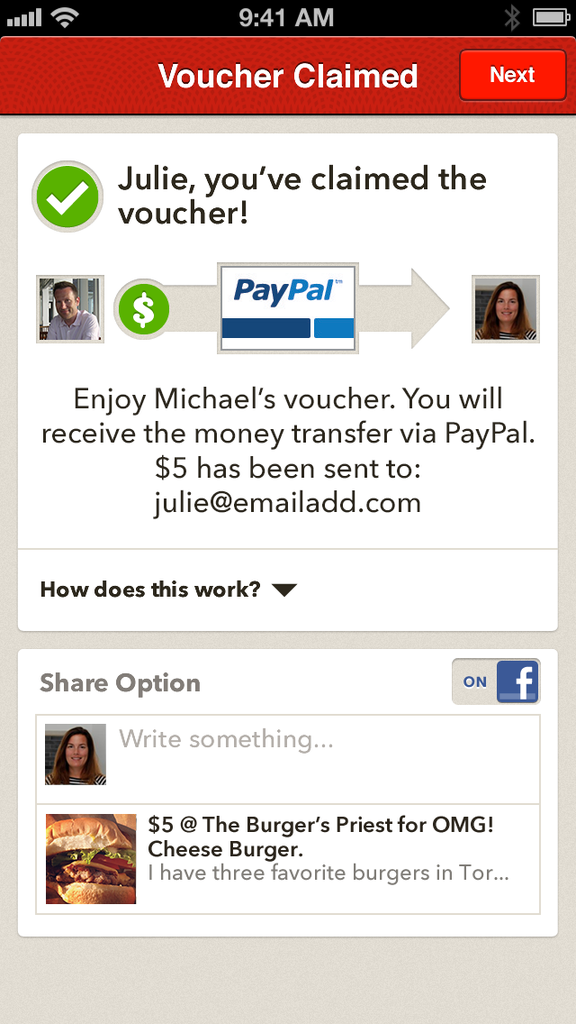 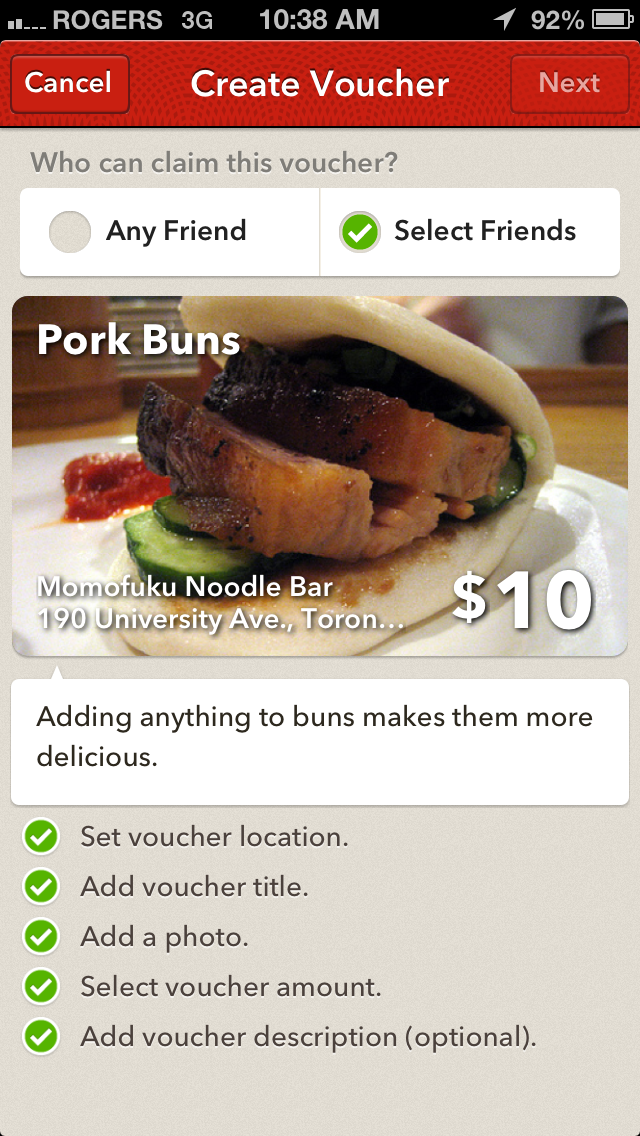 Though the initial version of Vouchr was limited to Canada, some interesting stats can be gleaned from the six-month trial. While the app appealed mainly to those aged 25-34, the gender split was fairly even, with 60% of users identifying as male. This was higher than initially posited, said Doug Soltys, Manager of Communications for Vouchr, but was encouraging nonetheless.

Most vouchers did not peak above $5, but this was a good amount for food gifts, which was the most active category by far with nearly 50%. “Night life” and “Arts & Entertainment” were also popular features.

Because Vouchr has been redesigned with your friend’s vouchers in a single feed, it’s much easier to view it as a social network, especially since the app relies on Facebook as a backend. If you don’t have access to the product you’re vouching for, Google Image Search is now integrated to find a worthy alternative. In-app notifications keep you informed of who’s doing what in your feed — whether they’ve accepted your offer or what’s new among your friends — fill out the experience.

Vouchr presents a fascinating quandary for the modern digital age: we share our favourite products all over the web, but it’s hard to convince others to take that step necessary to buy them. Vouchr and its namesake offers offers that incentive in real dollars and cents, and that’s worth trying.