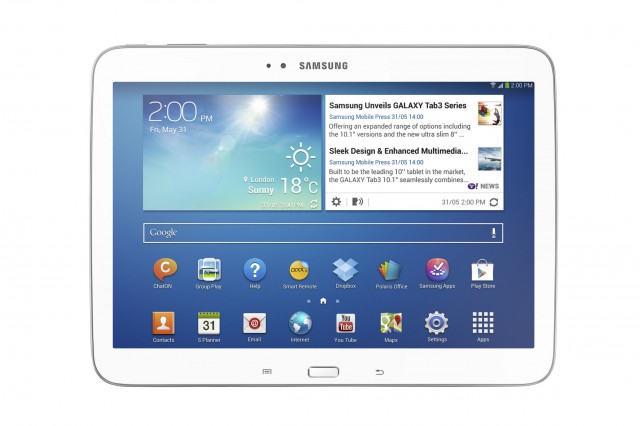 Samsung is announcing the second and third members of its newly-announced Galaxy Tab 3 line in the form 8-inch and 10.1-inch versions. The Korean company launched the 7-inch version in April and is following up with two new tablets that bear a striking resemblance to their Galaxy smartphone counterparts. 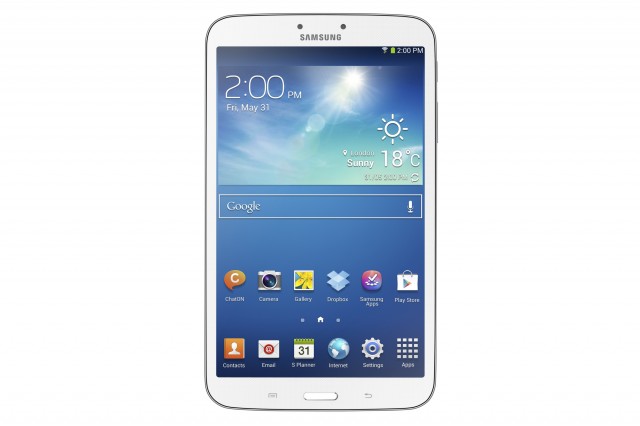 Both tablets have the potential for 3G connectivity, though we’re unlikely to see them sold through carrier channels after the tepid success of the former cellular-powered Galaxy Tabs.

What’s interesting is how minor these updates are in terms of hardware: the original Galaxy Tab 10.1 and its successor, the Galaxy Tab 2 10.1, had dual-core processors, 1GB of RAM and WXGA displays. Samsung seems to be satisfied using its TouchWIZ software, with its various S-branded services, as differentiators between generations.

Similarly, the 8-inch Galaxy Tab 3 is nearly identical in hardware to its Galaxy Note 8.0 equivalent, and but for the missing S Pen, looks indistinguishable.

Both devices will be released this month for an unspecified price, but you can expect them to come in around $250-350 depending on the size.