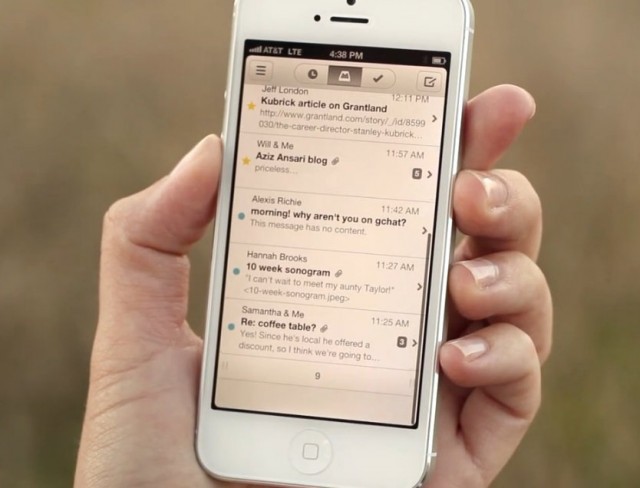 Mailbox for iOS has come a long way very quickly. The email client promised to cut down on clutter, ease your workflow and hopefully leave you feeling a little less anxious about dealing with piles of email. The app focuses on gesture-based usability, with options to “snooze” emails for a later date or quickly archive them if you’d rather just pretend they don’t exist.

The app’s popularity was also a source of frustration for some users, as the company had to implement a reservation list hundreds of thousands of users long. But since it was purchased by Dropbox last month, the company has been able to scale its servers to the point where it’s dealing with 100 million messages every day.

Mailbox 1.2 also adds a number of performance enhancements and a few new features, including faster swiping and smarter snoozing. While it only supports Gmail at the moment, other providers are reportedly coming soon.

Mailbox expands to iPad weeks after being acquired by Dropbox