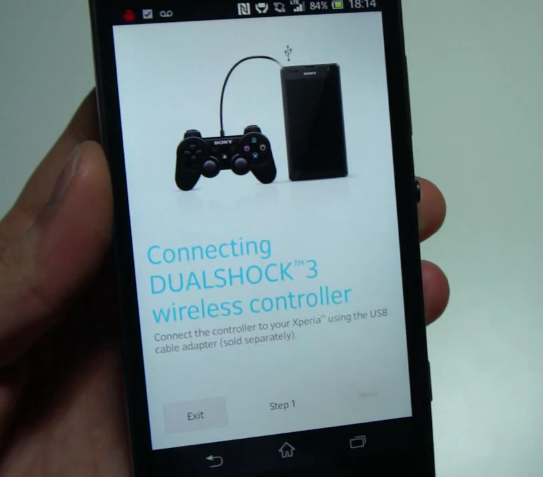 Starting with the Xperia SP, Sony will be enabling Dual Shock 3 compatibility with its Xperia smartphone lineup.

What does this mean for you? Well, combined with a HDMI cable or Miracast-powered television connector, you’ll be able to engage with Android games wirelessly as long as they have controller support. Sony was a pioneer in this particular category with the Xperia Play, working with myriad game developers to add native controller support to their games. It remains to be seen whether many modern games can and will be updated as well, but you can be sure Sony will work to get it done.

It also bodes well for Sony’s nascent (and admittedly disappointing) PlayStation Mobile service, which is available across its recent Xperia line as well as modern HTC devices.

The interaction between phone and controller does take a bit of work, at least during the initial set up. Due to the limitations of Dual Shock’s Bluetooth stack, pairing with the phone requires a USB OTG cable, like this one for $1.59 from Amazon. Once that first sync is complete, the phone and controller can communicate wirelessly going forward.

While the compatibility is only present in the upcoming Xperia SP, it’s more than likely that it will come to existing high-end Xperia devices like the Xperia T and Xperia ZL in a future software update.