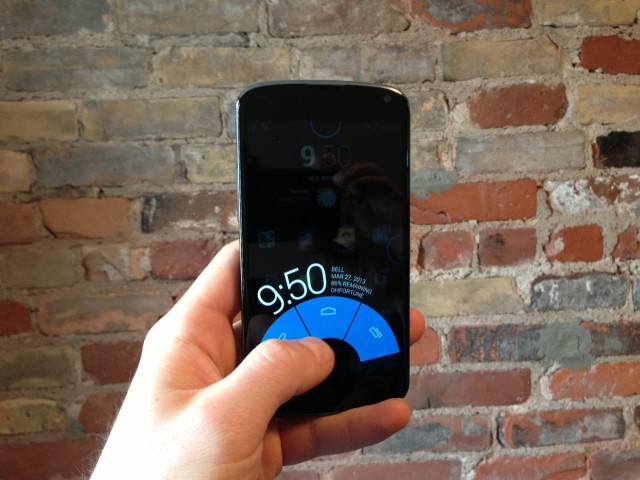 CyanogenMOD has never really been about features. For the hundreds of thousands of people who rely on it every day, it’s more a way to get a stock Android experience on your device with a few promising tweaks to performance. While there certainly are features that won’t be found in stock Android, CM attempts to bring that feeling to as many devices as possible.

There are some features, however, that may seem slightly unorthodox at first, but make sense when you use them. PIE Controls, adapted from the popular Paranoid Android ROM, have been added to CyanogenMOD 10.1 Nightly builds, and it is a thing of beauty. Once enabled, you’ll have to activate something called Extended Desktop which, on the Nexus 4 at least, removes the on-screen navigation buttons. PIE Controls replaces those with floating buttons that appear when swiping from one or all sides of the device. The settings are extremely granular, so you can make it suit your workflow. I prefer sliding up from the bottom of the screen to activate the home, back or multitasking menu.

If you keep your finger in place for more than a second, the background darkens and the time, battery level and a few other pieces of information are added. While the mechanism may not serve to be as quick as the stock Nexus experience, it allows you full use of your 4.7-inch display, and prevents accidental presses of the home or back button in games that fail to hide them.

If you’re a fan of CyanogenMOD, download the latest nightly build and head to Settings/System/PIE Controls. Ensure that you’ve enabled Expanded Desktop in the Power Menu Settings as well.