Android-Specific Humble Bundle Offers Plants Vs. Zombies, Metal Slug 3 and Others At A Discount 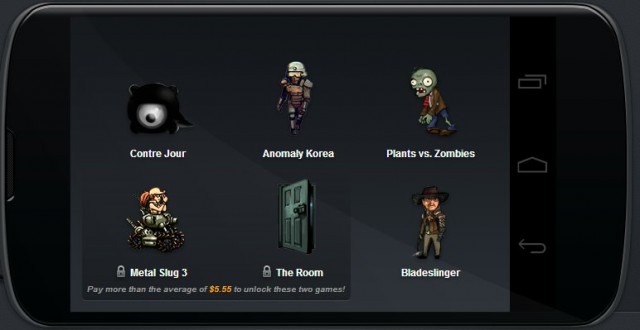 The Humble Bundle is not getting any more modest. In fact, its offerings are becoming more mainstream every time we revisit it. This is likely because the developers associated with the project see how many of them sell, and the good publicity doesn’t hurt, either.

This time around, Humble Bundle is offering six Android-only games for around $5.60, but as the tally increases so does the average price. Popular titles like Plants vs. Zombies, which retails for $2.99 on Google Play, stand next to more obscure ones like Bladeslinger, which debuts on Android. Other games like stlylish black-and-white platformer, Contre Jour, and the high-definition chaos of Anomaly Korea, make this one of the best combinations yet.

Hit up Humble Bundle for all the details, and let us know which games you like the best. I’m pretty addicted to PvZ for the third or fourth time in several years.