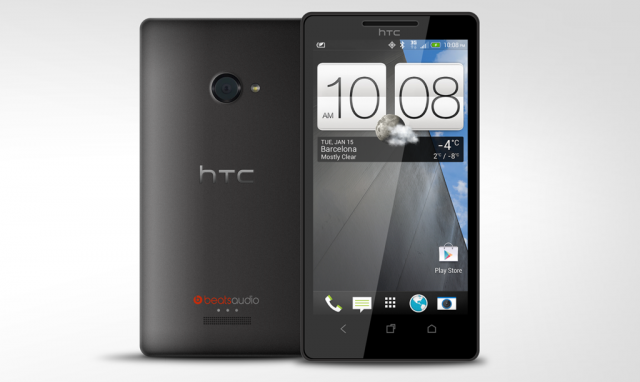 According to trusted source @evleaks, which has been spot on about every product it has spoken about, the upcoming HTC M7 will be coming to market merely as the HTC One.

Following in the clean, simple branding of its predecessors, the One X, One S and One V, the One looks to sit at the top of the HTC food chain, followed by the M4 and G2, which we reported on last week.

Whether it looks like the render seen above — which itself looks a lot like the Windows Phone 8X — or something completely different, we know that it is coming to market in early March, and will be revealed in New York City on February 19th, a week before Mobile World Congress.

HTC unveiled the One X, One S and One V during Mobile World Congress last year, and was the first manufacturer to bring an Ice Cream Sandwich device to market in a non-Nexus product. The One X still holds up well today, with a gorgeous 720p screen and a lightweight Sense 4.0+ skin atop Android 4.1.2 Jelly Bean.

We’re looking forward to seeing what the HTC One has in store for us, including a new “ultrapixel” camera system and a 4.7-inch 1080p display.