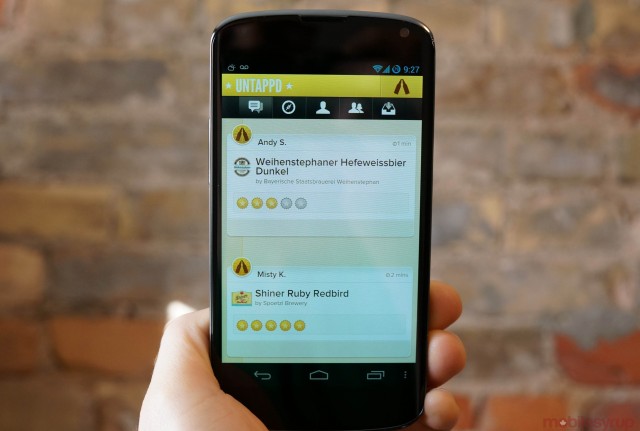 Untappd is the best mobile resource for storing and recalling the beers you drink and discovering which ones you should be drinking.

The app debuted on BlackBerry 10 last week, and some of those updated features and designs have made their way to iOS and Android today with version 2.2. Most notable is the new activity feed, which posts larger photos and in-line ratings of each beer. You can easily scroll through a list of your friends, who’s drinking nearby, or a global list of imbibers.

Ratings have been updated to include half-numbers, a long-requested feature for Untappd users looking for a more granular breakdown of their beer selections.

There are a lot of smaller inclusions, too, like the ability to update profile photos and rate beers after you drink them. The social network is growing quickly, due in no small part to the growth of the craft beer market around the world. The iPhone and Android apps, along with the newly-released BlackBerry 10 version, stand up to any other “check-in” service out there — this one just has an arguably more enjoyable premise.

Untappd brings push notifications to its iPhone and Android apps