When a statue is just a statue: Google unveils a “Chrome” Android on its campus 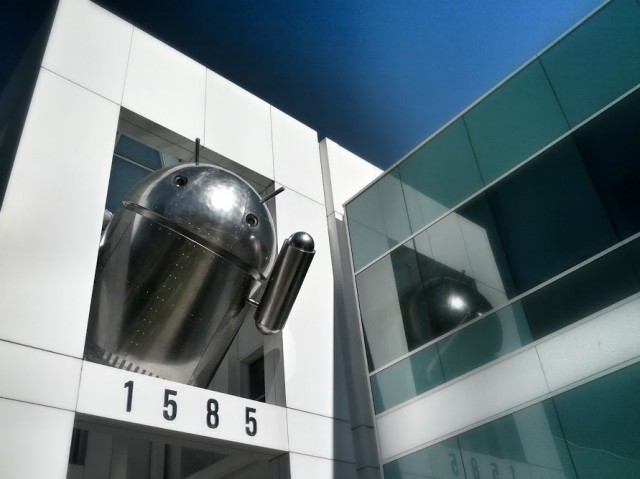 It’s very easy to conflate rumour with truth, confuse desire with direction. Google unveiled a new chrome-coloured Android statue on its campus yesterday, across the street from where the company models its new Android versions in food form.

Because of the proximity to the Android building, and the unceasing rumours of a merger between Chrome OS and Android in recent months, many enthusiasts, including some journalists, are speculating that this is a big tease for an upcoming Android announcement.

But let me be the devil’s advocate for a moment and take the word of Paul Wilcox, the Google employee who posted the photo, at face value:

“I work for Google as Android’s Community Manager. I’m not a coder, I’m a user-facing person who talks to people about Android stuff and shares their feedback with the product team. To be clear, this post is a little tongue-in-cheek and is not meant to be a sneaky announcement of a new version of Android. It is, however, an announcement of a new statue.”

It’s highly unlikely that Google would do anything at this point to disrupt the flow of Android development by merging its code with Chrome OS. The new statue could be an indication that the teams are working more closely — the latest version of Chromium for desktops points to a notification centre and Google Now integration — but I’d bet against being able to run Chrome OS apps on your Android phone anytime soon. Bluestacks already has a product that allows users to run Android apps on a laptop, but that integration is a hack at best, as most Android apps are not meant to be blown up to such sizes.

Still, anything Google does is analyzed with intense scrutiny, and it makes sense for loyal customers to want to find meaning in the new chrome-coloured statue.

And who knows, I may be wrong.