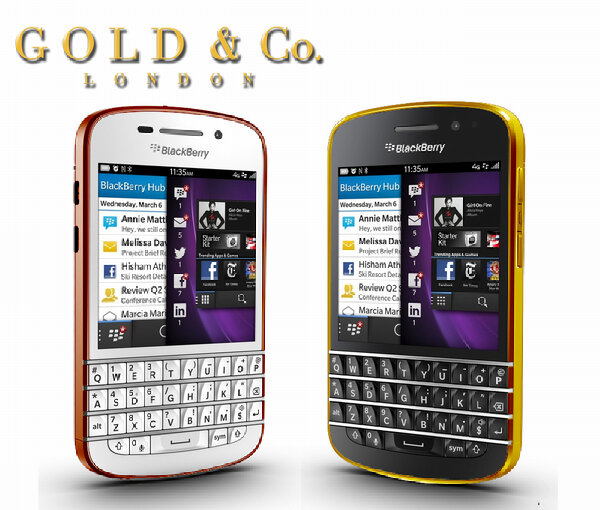 Various Canadian carriers will be launching the BlackBerry Q10 sometime “this Spring.” We’ve had some hands-on time with this QWERTY/touch device and it has the same slim, ‘iconic’ design of previous BlackBerry smartphones. BlackBerry only showed off the black version, but a picture of the white Q10 has shown its face – looking incredibly similar to the Bold 9900 with the physical QWERTY keyboard and chrome frets.

If the black or white version is not doing it for you, then you might want to hold out until Gold & Co produces their signature Q10. The company teased on Twitter that the “New BlackBerry Q10 running BB10 in 24kt Gold / Black & Rose Gold / White Coming Soon From Gold & Co. London.”

No word on price points for the black, white, or gold Q10. All “coming soon.” 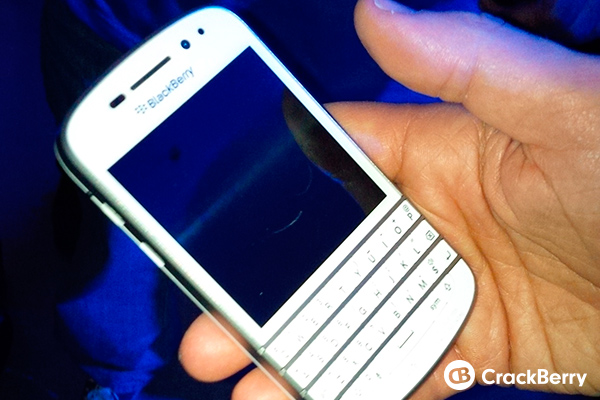 The next BlackBerry smartphone might be called the “BlackBerry Leap”