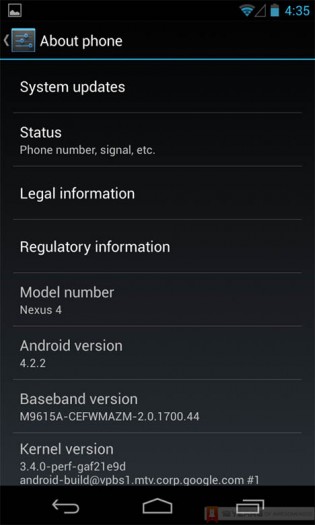 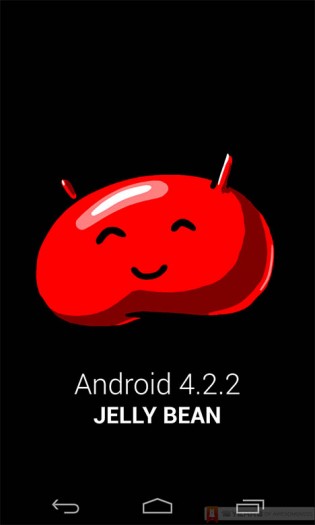 A Malaysian Nexus 4 customer has reportedly been sent a version of the device with Android 4.2.2 out of the box. This, and a report from a number of other users with the same claim, indicate that Google is in line to update the Nexus 4 once again, perhaps returning the factory stock images in the process.

Android 4.2.1 has been riddled with bugs on the Nexus 4 — slowdown, random reboots, app instability — so it’s nice to know that Google is working so hard to fix it. It’s possible that the company will remove the LTE access Canadian users have coveted since the device’s launch, but that’s a less likely scenario. According to the source, this new version doesn’t contain any obvious new features or bug fixes over Android 4.2.1.

This particular build was likely sent out by accident, as its kernel version looks to be a Google tester. We’re hoping that Google does decide to roll out an update to its Nexus line in the coming days, and we’ll keep you posted.