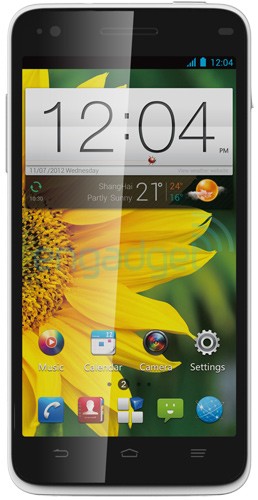 ZTE promises to be yet another manufacturer to introduce a 5-inch 1080p smartphone in 2013. The Chinese company is even looking to get a leg up on the competition by announcing the device, dubbed the Grand S, at CES in early January.

It has been revealed on the popular Chinese social network Sina Weboi, and is being touted at the “world’s thinnest FHD (full HD) smartphone.” HTC and Sony have also been working on 5-inch 1080p Android phones for the North American market.

Whether it will be available in Canada is not yet known — ZTE doesn’t have a huge presence in North America, but is looking to grow its brand throughout the world. The phone looks like it wil sport a slightly modified version of Android 4.1 Jelly Bean, and will use on-screen navigation buttons.

We look forward to bringing you more information about the ZTE Grand S from the floors of CES!

Must watch: ZTE Grand S LTE hands-on (how not to do a product demo)