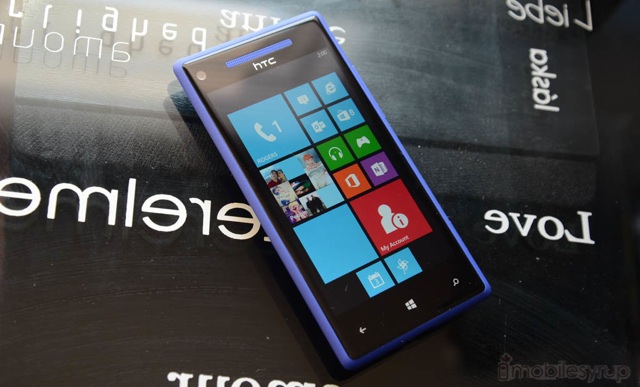 Only days after the Lumia 920 received its Portico upgrade, HTC is promising the 8X will also see its first improvements via an over-the-air update.

We’ve received word from HTC that the company, in collaboration with Rogers, will be pushing it out to customers “immediately,” and will be bringing it to Bell customers “in the future.” While we’re not sure exactly what “the future” entails, nor does there seem to be any reason why Rogers would receive the update before Bell, this is the way of carrier-mandated workflows, folks.

Like the Lumia, the 8X will benefit from some SMS improvements, battery optimizations and, at last, the ability to maintain a WiFi connection when the screen is off. Indeed, the “Portico” update seems to address much of the initial consternation we had with Windows Phone 8 when it was released in November. Improved stability and ability save SMS drafts are added bonuses.

Once the update comes through, let us know how it’s working for you. If you haven’t received an update notification, head to Settings/Software Update to get the party started.