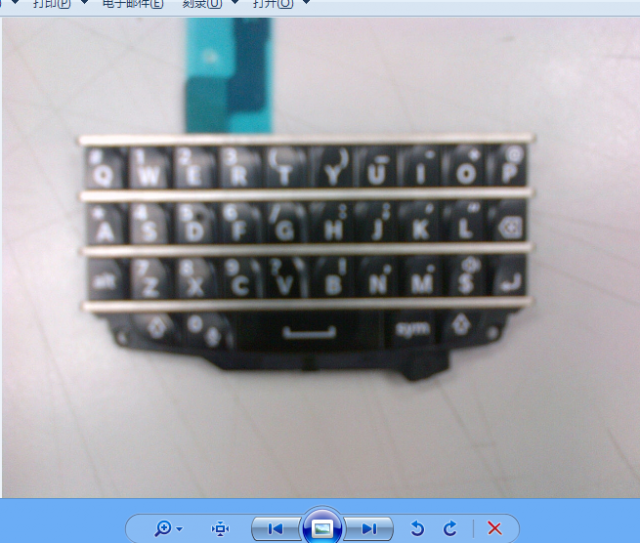 On January 30th RIM will unveil two new BlackBerry 10 devices – an all-touch device and a Touch/QWERTY. Many pics have surfaced that claim to be the all-touch, but now an image has popped up online that shows what could be the BB10 QWERTY keyboard. Taking a look at it shows the similar iconic design that we’re used to seeing in other flagship devices, namely the Bold 9900, but with the upcoming BB10 it looks like the familiar chrome ‘frets’ will be straight, rather than curved.