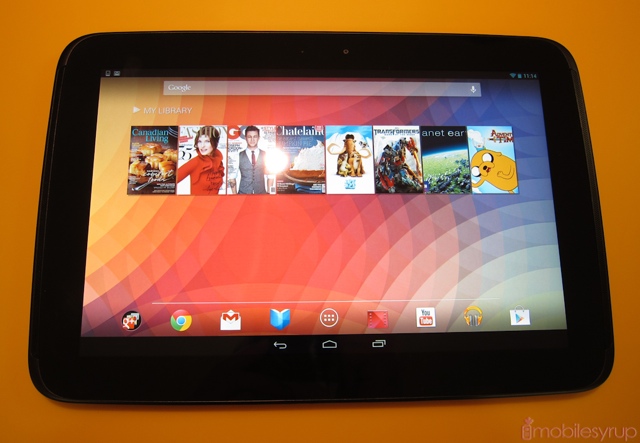 Two days after the launch of the Nexus 10, it is now sold out on the Google Play Store.

While the initial batch of Nexus 4 phones sold out quite quickly, the 10-inch tablet took a bit longer to get going. But the super-fast 2560×1600 pixel slate now says “Sold Out” when you visit the portal, in both 16GB and 32GB versions.

The Nexus 7, however, is still going strong. At $309 for an unlocked HSPA+ version of the Tegra 3 device, it is quite a good deal, and can be picked up for shipping in 3-5 days. The first batch of Nexus 4’s and 10’s are expecte to start shipping to Canadians in the coming days.