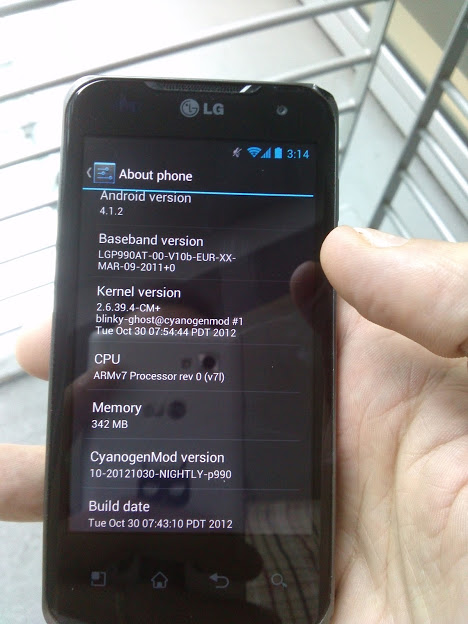 The LG Optimus 2X was a great phone when it came out, though it arrived on Fido with Android 2.2. The device proudly boasted a dual-core processor when much of the competition was stuck in single core. But despite the phone’s excellent hardware, LG Canada determined that the buck stopped at Android 2.3 Gingerbread, forgoing a boost to Ice Cream Sandwich. Its international brother, however, did eventually receive the upgrade.

But LG performed a miracle last week, releasing the Ice Cream Sandwich kernel source for the Optimus 2X, allowing developers to build custom ROMs with modern Android software. One LG-centric developer in particular, Ricardo Cerqueira, worked directly with the Korean company to arrange a CyanogenMOD 10 nightly for the phone. Despite its relative immaturity, the first nightlies have proven to be quite stable, and boast all the features of Android 4.1.2 Jelly Bean.

Cerqueira says that, “LG did a great job on this (both in terms of kernel source, which we obviously derive from, and in helping us get the p990 up to speed), so even though this is the first nightly, it should be usable as a daily driver from the get go.”

Note that this the software is only compatible with the Fido version of the Optimus 2X — model number P990 — as the WIND and Videotron version is derived from the T-Mobile model, P999. While there are CM10 versions available for the P999, the ICS kernel changes haven’t yet been merged, and there are no official nightlies available just yet. Check this XDA thread for more information.

Via: Google+
(Thanks Timothy!)