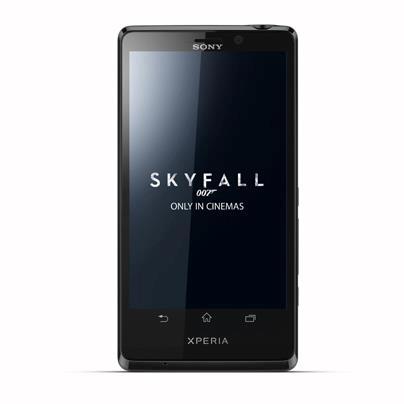 Sony unveiled the Xperia T in August and declared that it will be coming to Canada “later this year.” The flagship device will be making a heavy presence in the upcoming James Bond flick Skyfall and you’d expect it to be released around the same time on November 9th. Today, Sony announced that we’ll be seeing the Xperia T hit most Canadian carriers – Bell, Mobilicity, MTS, Rogers and Videotron – “this November.”

Specs of the Xperia T have it coming in the colour black with a 4.6-inch HD display (1280 x 720), 1.5GHz dual core processor, 13MP camera that shoots 1080p HD videos, ‘One-touch’ function enabled by NFC. In addition, the Xperia T will launch with Android OS 4.0 Ice Cream Sandwich, but Sony promises an upgrade to OS 4.1 Jelly Bean “following launch.” Since this will be hitting several carriers, there will be “LTE and HSPA + variants” and we’ll probably see Bell, Rogers and MTS release the LTE versions, while Mobilicity and Videotron release the HSPA+.

Also, popped into your device will be “exclusive Bond content including behind the scenes footage, interviews, clips, wallpapers, ring tones,” and 50GB of storage via Box. No word yet on price points.