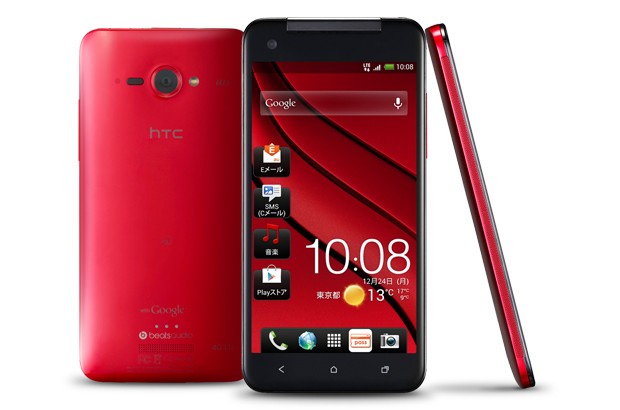 HTC has announced a Japan-only device with that long-rumoured five-inch 1080p screen we have heard so much about. The technology, dubbed Super LCD3, brings the phone’s pixel density up to 440ppi and, judging from what we’ve heard so far, it looks absolutely incredible.

The device itself may not be of import to Canadians — it’s almost certainly not coming here in its current form — but it sports a 1.5Ghz quad-core Snapdragon S4 Pro processor with an Adreno 320 GPU, 2GB RAM, an 8MP camera on the back and 2MP shooter on the front, a 2020mAh battery (non-removable), global 3G/LTE (though only the 3G is compatible in Canada), 16GB internal storage plus microSD expansion. It all comes in — waterproof, no less — at 140g, which isn’t too bad, and judging from this hands-on video, it looks quite portable for a big guy. It also runs Android 4.1.1 Jelly Bean with Sense 4.5.

No word on when HTC is planning on bringing this tech over to Canada, but I’d imagine that those who are eagerly awaiting the One X+ may be thinking twice about their purchase.