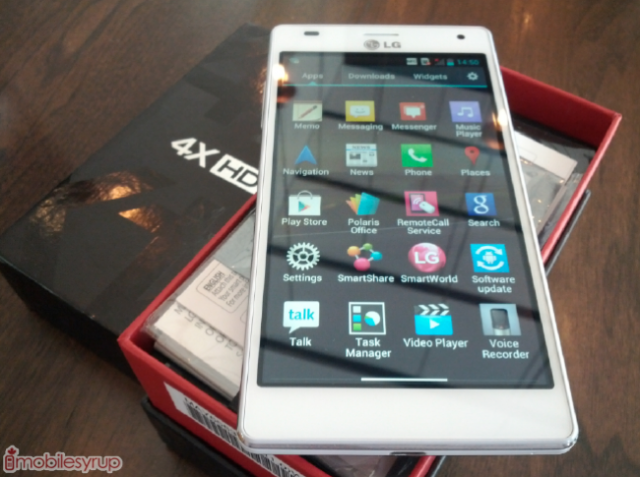 The specs of the 4X HD will make this Android Ice Cream Sandwich device the most powerful one on each of their network. LG is pushing the quad-core spec hard, along with the 4.7-inch HD display (720×1280 resolution) and battery life. We hear that it’ll eventually be upgraded to OS 4.1 Jelly Bean, but LG noted that “In a future upgrade, LG will introduce Eco-Mode specifically for the Optimus 4X HD which will allow users to manually shut down any of the Tegra 3’s cores for even more control over power consumption and performance.”

We’ll have more info on this release soon, hopefully pricing.