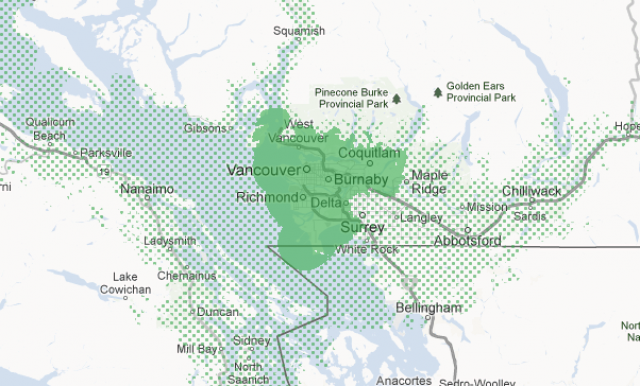 When TELUS initially launched their LTE network last February they rolled out the fast speeds to cover the core of Vancouver, plus other cities across Canada. A month later a press release declared their intentions to invest $3 billion into B.C. to expand their LTE coverage, plus also hire 1,300 people.

Looks like everything is coming together nicely from Canada’s 3rd largest (almost 2nd largest) wireless carrier as they have expanded their LTE network to reach Burnaby, New Westminster, West Vancouver, North Vancouver and South Delta.

TELUS noted that the goal is to reach 90% of the province’s population by the end of 2012. Next on TELUS’ plan is to expand into Langley, Maple Ridge, Surrey/White Rock, Hope, Abbotsford, Chilliwack, Victoria, Whistler, Nanaimo, Kamloops, Kelowna, Penticton, Vernon, Prince George, and Dawson Creek.