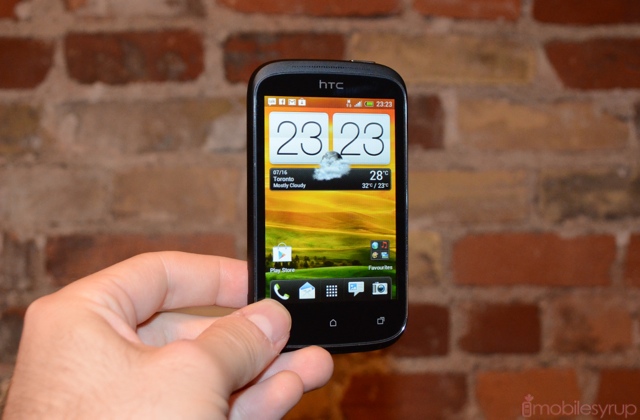 The HTC Desire C is small, inexpensive and surprisingly usable for being both those things. Equipped with a meagre 600Mhz processor, 512MB RAM, 4GB internal storage (with expandable microSD slot), 5MP camera without flash, and a 3.5-inch 480×320 pixel screen, it’s about as entry-level as you can get these days.

But as a phone sold on Virgin, SaskTel, and soon Rogers and Fido for between $99 and $149 outright, you can’t get much more value for your money. Costing the same off-contract as some phones do on a 3-year term, the Desire C runs Android 4.0.3 pretty darn well all things considered — you’d be hard-pressed to tell where HTC skimped compared to the more-expensive One V, for example.

Aside from the obvious tiny form factor, the Desire C, which is a spiritual successor not to the original Desire but to the Wildfire S, has a removable battery cover with a 1230mAh cell. Battery life has been really good, lasting well over a day from casual usage.

The 600Mhz processor can’t perform many of the tricks of today’s mid- to high-range devices, but it loads web pages, plays the odd game and generally outperforms competitors in the same price range. This is mainly due to HTC’s efficacious optimization of Android 4.0.3, a feat that other manufacturers haven’t quite matched. While I noticed a fair amount of creakiness for a few seconds after the device booted, once assets were loaded into memory the phone generally flew. 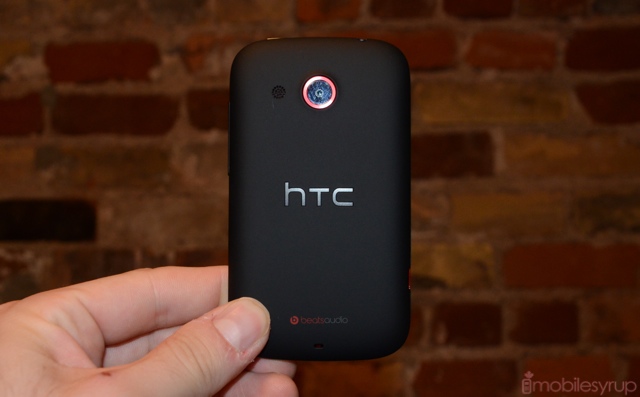 The phone, all things considered, is quite attractive, with a black-on-red detailing that opens up to reveal a completely red interior. The device feels robust despite the plasticky battery door, and due to the small dimensions I rarely worried about dropping it. 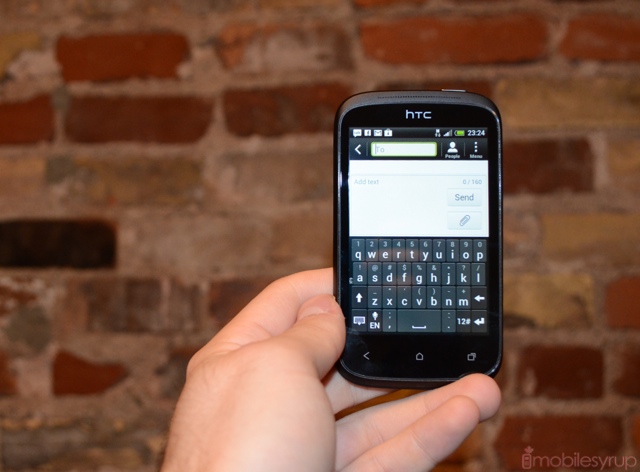 The 5MP camera comes without a flash and generally takes lousy-to-good photos depending on the lighting. This is one area in which HTC took a few liberties, which is understable, but you shouldn’t buy the Desire C thinking you’re going to emulate the quality of the One Series devices. HTC preserved the excellent camera interface, and shots snapped in no time at all.

Even video, which maxes out at 640×480 VGA, was not too bad and will do for the average Facebook or YouTube post. Keep in mind that out of the box there is only 100MB of media storage, so you’re going to want to invest in a 8-16GB microSD card to augment that extra storage. 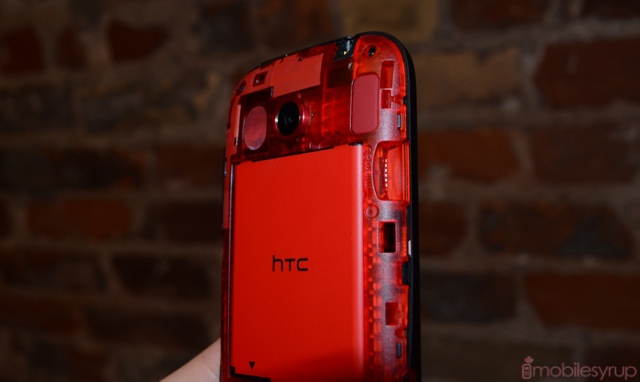 The Virgin model I reviewed comes with a few add-on apps, most of which hew closely to Bell’s content-heavy selection. You have Mobile TV, GPS Navigator and a few game demos that can thankfully be disabled in the settings.

And because the Desire C runs Android 4.0, you’re able to run Chrome, which improves the browsing experience immensely on the device. Like the One V, HTC opted for a hardware-based menu button activation, which is done by holding down the multitasking button for a second. I wish this was an option on the One S and One X — that virtual menu button drives me nuts — but the company did right by its customers this way. 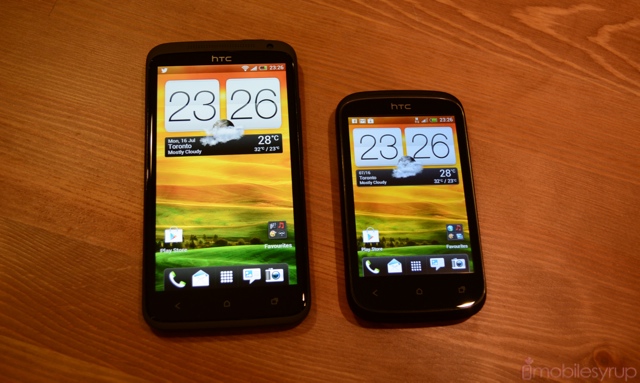 The HTC Desire C is a great deal for its price. It’s appropriate for first-time smartphone buyers, students on a budget, or anyone looking for a pint-sized smartphone without a contract. While I would recommend going for the $0 One V if you’re going to be signing a 3-year deal, for Virgin, Fido or SaskTel customers who want to stay away from signing on the dotted line, do yourself a favour and consider the Desire C.

The HTC Desire C will also be available in red and white. 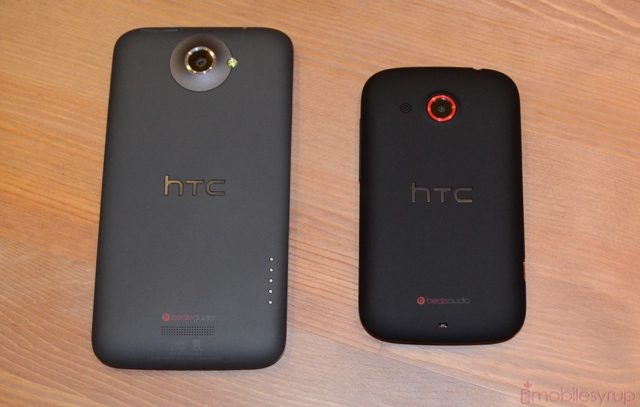 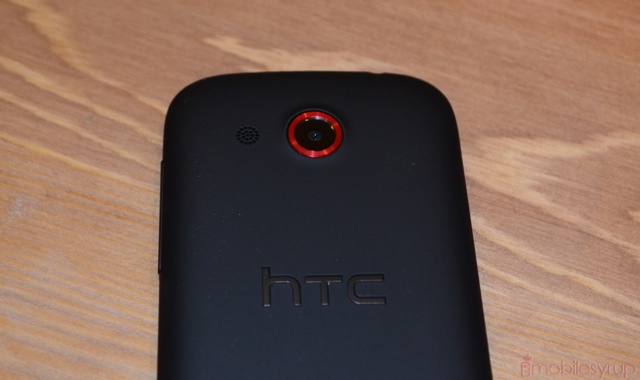 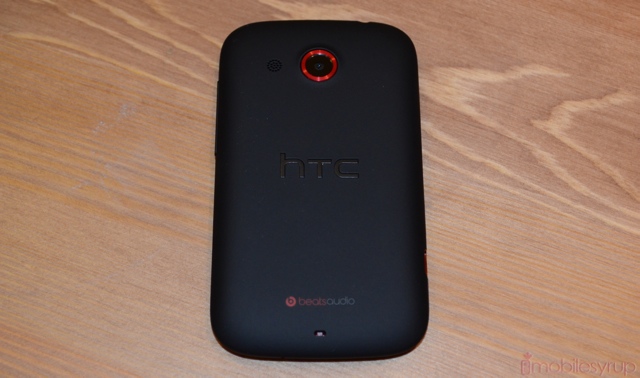