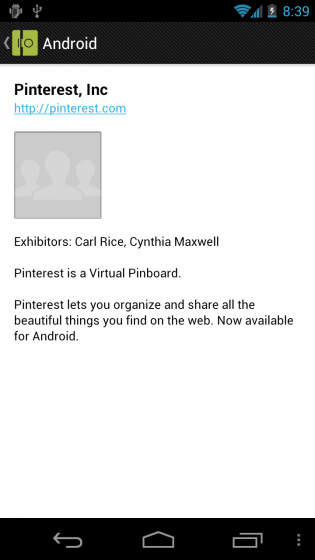 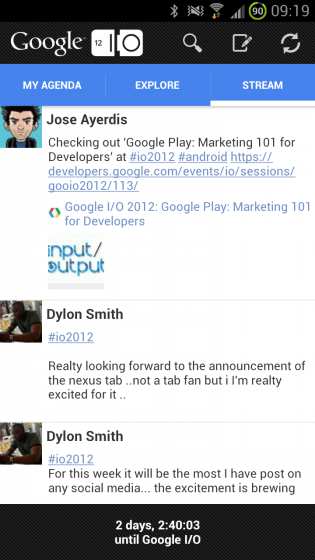 If you already use the world’s hottest new social network, you don’t need me to tell you about Pinterest. Growth has been astounding for the service, which allows you to “pin” objects from the web to a virtual board, outfitting yourself with ideas for books, clothes, web pages and more.

According to a now-removed post in the Google I/O app, Pinterest is nearing its app launch on Android and will likely demonstrate it in great detail during the three-day conference. They’ve also posted on their blog, “We’re working on a dedicated Android app. We know lots of folks are eager to see one, so when we feel we’re in the final stages of its development, we’ll be sure to share more information.”

For users of the iOS app, they know that Pinterest started out pretty unusable, but the latest update gave it new life on the iPhone. The Android app is said to be quite similar and maintain much of the functionality of the desktop version. We just really hope they stick to the Holo design that has made Android apps so great and usable in the last six months.

We’ll bring you more live from Google I/O this week, so get ready!

Update: Looks like we’ll have to wait a bit longer for the Android app. The PR agency representing Pinterest sent us a note stating that “We’re excited about the Android platform and are working hard on building a great app. However, we don’t have plans to announce anything @ I/O.” – IH