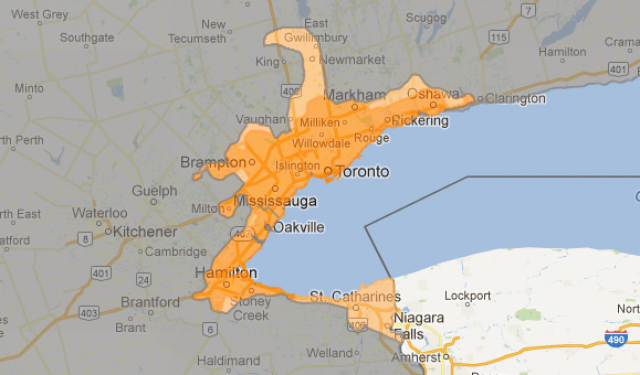 Public Mobile has been incredibly quiet over the past few months. Unfortunately they haven’t released any new devices since their two Android handsets back in December of last year. That’s over 6 months now. The good news is that they’re still popping out the promos for low-cost handsets and price plans. On a brighter note Public has updated their coverage map to show future plans in to other cities. If you take a quick look at the image above you’ll see that they’re looking extending into Newmarket, Vaughan, Oshawa, plus going further south to St. Catharines and a bit of the Niagara Falls region. No word on when these will go live.

During the 2008 wireless spectrum auction Public invested only $52 million and gained coverage between from Windsor to Quebec City. At the end of Q4 Public Mobile revealed they had 199,000 subscribers.

Via: Public Mobile
(Thanks Alex!)