HTC One X users complain of WiFi “grip of life” as result of loose antenna, company promises to investigate 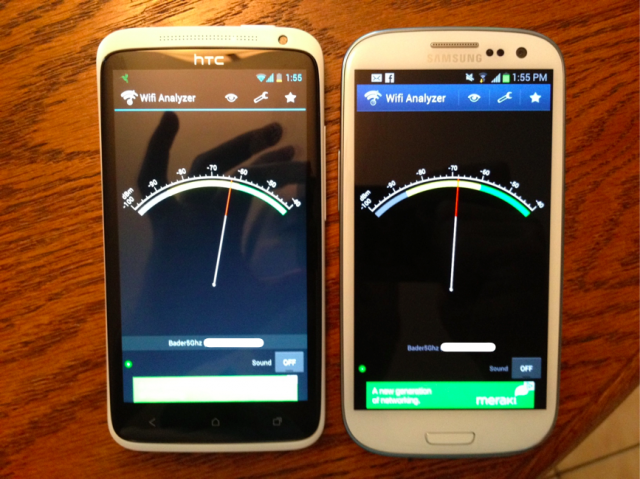 Some users of the HTC One X are claiming that the phone suffers from a reverse grip of death, or as I’ve begun to referring to it, the grip of life. It appears that in some cases the WiFi antenna is not soldered onto the motherboard properly and is causing attenuation in the signal. This leads to dropped connections or, in most cases, poor performance when connected to a router.

The current test is to take your device and squeeze it gently between your thumb and forefinger on the top right side of the device near the top right of the screen and, on the reverse, the camera module. If the WiFi signal temporarily improves, this may mean that your device is affected by the issue.

Widespread panic has begun as a result of these claims, but as you can see from the above screenshot my Rogers HTC One X has no such issue. In fact, connected to both my 2.4Ghz and 5Ghz hotspots the HTC came out on top in signal strength (as measured in -dBm) by a good margin. In fact I was aware of claims against the One X’s WiFi quality when I purchased the device and have had nothing but good things to say about it.

If you suspect that your device suffers from the issue (it appears that the Tegra 3 version is more prone) head on over to XDA-Developers and make yourself known to the HTC representative there. The company claims they are investigating the issue and will hopefully offer a no-compromise replacement to anyone seeking reconciliation.

Check after the break for an example video of the issue.

Via: RegHardware
(Thanks Rajendra!)