When it comes to the consumer smartphone market, it is safe to say that Apple is winning the war. Apple has changed the mobile landscape forever. In fact, they have even inspired Fisher-Price to help the smartphone users of tomorrow get their chubby little fingers a pseudo iPhone of their own to ‘laugh, learn and smile.’

In Q1 2012 Apple reported 35 million iPhone sales globally and $22.7 billion in smartphone revenue, demonstrating its continued domination of the consumer market. Perpetuated by the influence the iPhone has on the Bring Your Own Device (BYOD) trend, it is natural to assume a portion of this growth is Apple’s encroachment on the enterprise segment. Thus, Apple is done snacking on lunch and is ready for dinner. By dinner, I mean the millions of enterprise users who continue to carry a BlackBerry. 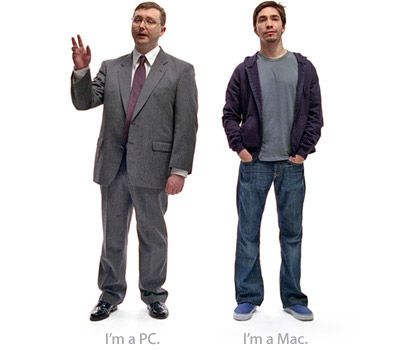 Remember Apple’s PC vs. Mac campaign from 2006 to 2009 starring Justin Long as Mac and nerdy John Hodgman as PC? It was one of Apple’s best ever advertising campaigns. Aside from being absolutely hilarious, it gave the Mac brand a personality that won the hearts of computer users everywhere.  Fast forward to today, is it too farfetched to see an iPhone vs. BlackBerry (or even Android) campaign in Apple’s advertising future? I will let you be the judge of that!

Like PC vs. Mac users, the demographics for iPhone vs. BlackBerry are similar. Research shows that in the case of both Mac and iPhone, its users are 50% more likely to be early adopters.  Data collected by comScore found the largest cohort of customers carrying an iPhone fall between the ages of 25-34. Therefore, demographically most customers who purchase an iPhone today are the business users of tomorrow. Studies show that iPhone users are the most loyal to the Apple brand. Consequently, these users are less likely to acquiesce to a BlackBerry just to appease their employer. 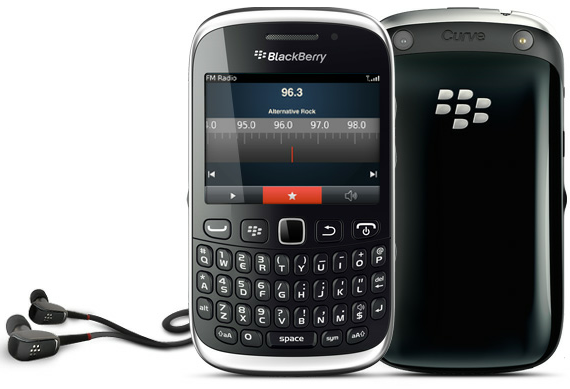 Meet Apple’s new advertising campaign for the iPhone 4S. Pushing loaded taglines like this, it is clear Apple is serious about challenging RIM for the enterprise market.

Silently in the night, Apple strategically added a new landing page for the iPhone 4S dedicated to reeling in the enterprise smartphone shopper. Just days before its Q1 2012 results, it’s no surprise that this maneuverer went a little unnoticed. After all, Apple’s results were absolutely jaw dropping.

Make no mistake; Apple has put its best foot forward with the launch of its new iPhone at work campaign. A launch on the dawn of last week’s BlackBerry World Conference couldn’t have been better timing for Apple to subtlety showcase the value the iPhone can bring to any business, big or small.

Apple asserts that using an iPhone is “not just another day at the office.” With five points of differentiation — organize your day; view your business; manage projects; meet anywhere; travel light — it’s easy for anyone to get excited when flipping through the great things an iPhone can do to make life at work more fun.

We all know that work isn’t fun, but Apple has done a fabulous job of laying it on thick, promoting its idea of simplicity and seamless integration, guaranteeing work is likely to get a little bit easier.

Aside from a great advertising campaign, the iPhone has a leg up the BlackBerry in many ways when it comes to enterprise use and the biggest advantage is application availability. I am not talking about Instagram (although I am truly sad for my BlackBerry friends that cannot experience the joy of filters), I am referring to companies such as SAP and Citrix. These are major players in the enterprise market for software, VPN and data management. Adopting iOS to launch groundbreaking mobile apps, they allow iOS-based business users the ability to view real time analytics using devices they can pull out of their pocket.

There seems to be an increasing number of developers leaving RIM in the cold. The biggest slap in the face recently is LinkedIn. In April, the newly-public company launched its new iPad application on iTunes, but still no sign of an update for BlackBerry. It’s widely known that of all social applications, LinkedIn is used most for the purposes of business and networking.

When the most popular business social networking application isn’t available on the smartphone most associated with business it sends a clear message: despite RIM stating on its Q4 2012 analyst call its strategy to re-align its focus and core business back to its enterprise segment, perhaps it’s too late. The mobile developing community has already anticipated the future of business and it will not be done on a BlackBerry.

So far, analyst reactions coming out of BlackBerry World Conference are a bit of a mixed bag, many indicating that RIM is not the ray of Orlando sunshine it used to be. Like many, a still weary Colin Gillis analyst at BCG Partners states, “Heins’ presentation only served as a reminder of the tough road the company has ahead as it prepares for the make-or-break BlackBerry 10 launch. RIM knows consumers won’t buy its new phones or tablets unless developers get excited about the platform and create a wealth of apps to operate on it.” In this same article, application developers surveyed by “Appcelerator and IDC showed less than 16 percent of developers were “very interested” in creating programs for RIM, compared with 90 percent for Apple and 80 percent for Android.”

Is there anything an iPhone can’t do at work?

Many users believe that RIM still offers a more secure device for business communication. It is clear Apple recognized this common perception. Front and center Apple made available detailed security information highlighting advantages available on iPhone, such as remote device wipe and integration the Exchange ActiveSync.

Nevertheless, Trend Micro states “BlackBerry may still gradually lose its corporate market share for human, rather than technical, reasons.” Moreover, “Staff feel they are more productive with their personal devices and pressure builds on the company to adopt those devices.”  Once an impenetrable differentiating feature for the BlackBerry has now become a relatively small tradeoff in order to reap higher employee satisfaction and productivity.

Regardless of the perception of BlackBerry being a more secure device, I can’t help point out the obvious: if Apple can run Apple using iPhones (one of the most profitable companies in history), then why can’t any other business do the same?

UPDATE: Due to the amount of interest in this article we will be expanding this series into the various OSs. We want to give every offering a fair share as to how they support the enterprise market. Please feel free to see which OS you would like to see covered.  – IH