Springpad moves beyond the note with new iOS and Android apps, web interface 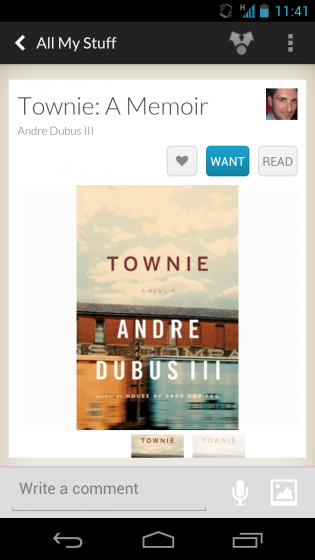 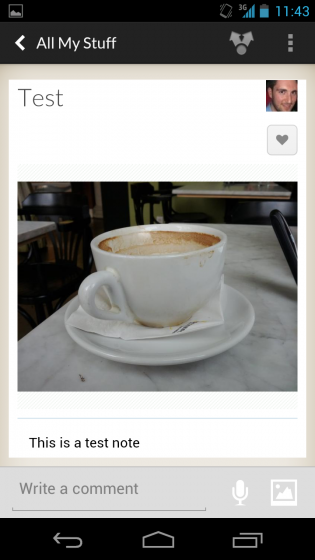 Springpad has always been my go-to web clipboard, capturing things other than notes. Evernote has been my go-to notetaker, and I think Springpad realized this was the case for most people as it has relaunched today (its second pivot since 2008) as a Private Pinterest. Or as close to it as the trademark will allow.

The company is also launching new Android and iOS apps to more easily and beautifully take notes and capture snippets of digital information in whatever way possible. This will always be the company’s goal, and it works incredibly well, perhaps better than Evernote in some respects.

The new web interface, along with its mobile variants, recalls Pinterest in the way one can divide captures into various notebooks, within each continuing to allow users to take photos, scan barcodes and leave traces of their real and digital lives from wherever they are. There is a social layer added now, too, with an Explore and What’s New tab allowing you to follow friends and strangers who leave traces of their public selves up for the world to see. And, like Pinterest, you can follow public notebooks and “Spring” their contents into your own private (or public) collection.

The Android app has been spruced up, bringing it closer to Ice Cream Sandwich design guidelines, and the widgets have been overhauled for quick-adding from photos, barcodes, GPS location and anything else you can imagine. Because the app plugs into various product databases such as Amazon, you can scan a book’s barcode and quickly add it to a “Want to read” notebook, sharing it with your friends and vice versa.

Springpad is essentially working mobile the way that Pinterest should be and though the user base isn’t nearly as high, it does everything comparatively better.