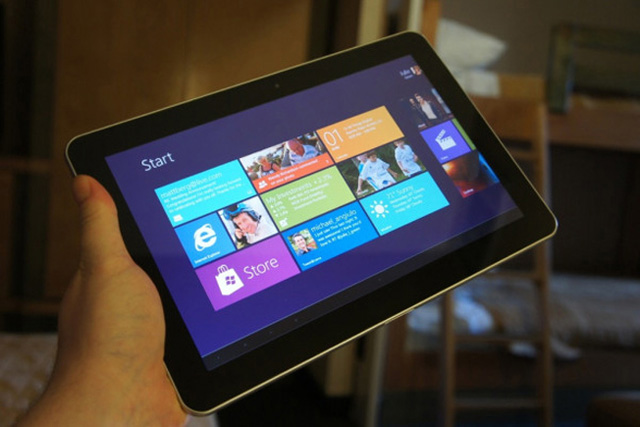 Nokia has only recently returned to the world of high-end smartphones in North America with its Windows Phone-powered Lumia line, but it looks like they’re already transitioning to take on another role: that of Windows 8 tablet manufacturer.

Stephen Elop, the company’s Canadian CEO and supporter of all things Microsoft, has been vocal about what he sees as the huge market potential for Windows 8 in tablet form, especially its Windows On ARM division which will compete directly with the iPad. Elop stated in January that “There’s a new tablet opportunity coming… We see the opportunity. Unquestionably, that will change the dynamics”

According to Digitimes, Nokia is looking to build and ship at least 200,000 Windows 8 tablets in Q4 this year. The 10-inch tabs are expected to run on Qualcomm’s Snapdragon S4 chipset, which debuted recently on such devices as the HTC One X and Asus Padfone.

While Windows on ARM will not be an exactly replica of Windows 8 — it was eschew completely the “desktop” experience in favour of a completely touch-friend Metro environment — developers will still have to port their existing x86 apps to ARM. This will put it at a significant disadvantage when it launches compared to less power-efficient tablets running Intel’s x86 architecture, since it will be able to run a significant number of Windows applications, as long as the developer has submitted it to the Windows Store.

Windows 8 is expected to be released in September or October, and Nokia, along with other manufacturers like HP and Dell, are expected to be very aggressive with their marketing.

Source: Digitimes, WinRumors
Via: The Verge