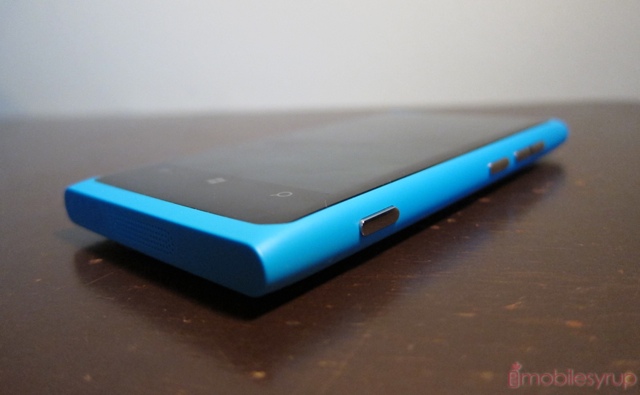 Nokia has filed its 2011 Annual Report to the SEC as a publicly-traded company, and the hits keep on coming. In addition to an operating loss of $1.4 billion, the company shipped 25% fewer smartphones than the year before with 77.3 million devices. Sales were down slightly to $50 billion. But things aren’t all bad: the company still has $46 billion assets, including $14 billion in cash, and the operating loss was significantly less than last year’s $2.4 billion.

More importantly, though, the Annual Report reads like a tech blogger’s cautionary tale. Outlined on Page 13 of the report are Nokia’s risk factors, and they are many. The company acknowledges that Windows Phone may be a precarious investment, and though it is earning $250 million every quarter from Microsoft in exchange for Nokia’s smartphone commitment, the company is weary at best of the plan.

Our plans to introduce and bring to market quantities of attractive, competitively priced Nokia products with Windows Phone that receive broad market acceptance and are positively differentiated from competitors’ products, both outside and within the Windows Phone ecosystem are subject to certain risks and uncertainties, which could, either individually or together, significantly impair our ability to compete effectively in the smartphone market. If we are not successful in the smartphone market, our business would become more dependent on sales in the feature phone market, which is, especially at lower price points, an increasingly commoditized and intensely competitive market, with substantially lower growth potential, prices and profitability compared to the smartphone market. Recently, smartphones of other manufactures, particularly Android-based smartphones, are reaching lower price points, which is increasingly reducing the addressable market and lowering the price points for feature phones and may adversely affect our feature phone business.

The report goes on to say, in no uncertain terms, that unless Nokia can pull a rabbit out of a hat and make Windows Phone an attractive ecosystem for developers, the chance of the company regretting its decision to get into bed with Microsoft is pretty high. The report details the inequity of the retail sales model, whereby associates are given incentives to sell a certain product, often the iPhone or an equivalent flagship Android device. It reads, “We may face issues in selecting, engaging or securing support from leading operators and retailers for the initial launches and sales ramp-up of our Nokia products with Windows Phone due to, for instance, inadequate sales incentives, training of sales personnel, marketing support and experience in generating interest for a new and relatively unfamiliar Windows Phone platform in an otherwise highly competitive market.”

It also makes clear that Windows Phone Tango was likely Nokia’s doing, as it needs lower-cost Windows Phone devices in order to compete with Android, Bada and other pseudo-smartphone operating systems in developing markets where price is the ultimate factor.

Finally, perhaps the saddest and most emotional paragraph ever written in an annual report:

If you’re interested in a candid look into Nokia’a current headspace, this SEC filing a great read.