74-year old Winnipeg man slapped with a $199 ticket for using a cellphone while driving, claims he doesn’t own a cellphone 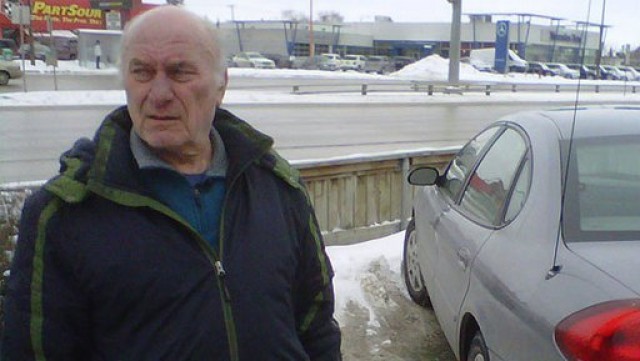 In many provinces across Canada it’s illegal to use a mobile device while driving. If caught the driver could face a fine of upwards of $500, plus demerit points. Here’s an interesting story.

Last Friday, March 2nd, 74-year old Winnipeg resident Laszlo Piszker was stopped by the police for talking on a cellphone while driving. He was charged $199.80 and basically begged the police to search his car for the said cellphone. You see, Piszker claims he doesn’t own a cellphone, “I told them, ‘Do whatever it takes. There’s no phone in here; never has been. I don’t know anything about the phone.’ But they won’t have it. “They were just going crazy, going to arrest me, and they were nasty to my wife as well.”

Apparently the police officers just laughed it off and drove away. Piszker took the ticket to the police station to complain, stated that he was wrongfully charged and said the officers were just filling a quota. Piszker intends to fight the charges in court.

Piszker stated that “I’m the stupidest man you ever talked to when it comes to electronics. I don’t know anything about it. I’m struggling to put the DVD on. The only thing anybody would find in my car is the garage opener. We’re not going to stand for this. It’s just not right, [The ticket] is a lot of money for anyone, but especially when you didn’t do it.”

Usually it’s high roaming changes that are baffling, but this one could the cake.