Official TED app for Android makes its way into our brains, and hearts 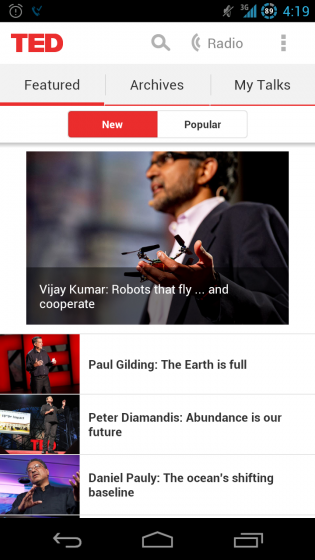 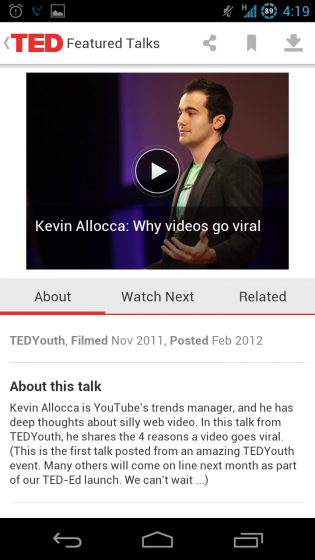 Watching a TED Talk is one of the most inspiring, life-affirming activities I can think of. Previously, TED released an official app for iPhone and iPad, but the Android app is in no way disadvantaged.

Very simply, the app, which adopts Google’d Android 4.0-based Holo theme, allows you to watch and download over 1200 TED Talks, with more being added weekly. You can sort by newest or most popular, and bookmark favourite videos for later. Videos can be downloaded in low- or high-quality, and there is an extensive archive divided into simple categories. There is also a limited selection of TED Radio, for listening on the go.

The interface is sparse, simple and beautiful, with full Ice Cream Sandwich menu support. I tried out the app on my Galaxy Nexus and it performed beautifully. This is the way all apps should be presented.

Check out the official TED app in the Android Market. Just be aware, when you’re searching for the app in the Market it is not in the first five apps, though that should be corrected soon as more people download it. Check the publisher (which is TED) to ensure you’re downloading the official app.