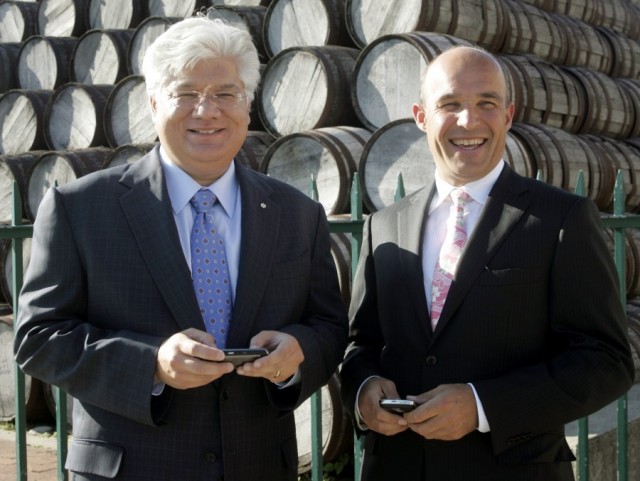 Wow, this is unexpected for a Sunday night. Both of RIM’s co-CEOs, Mike Lazaridis and Jim Balsillie, have announced they will step down. Stepping into the role as President and CEO is Thorseten Heins, who joined the company in 2007 and recently was their COO. Heins stated that “It’s a fantastic growth story and it’s not coming to an end… What you will see with me is rigour and flawless execution”. The company also announced that Barbara Stymiest will become an independent board chairman.

It’s been a whirlwind for RIM over the past year, competition has been intense on the hardware and software front, delayed products, poor sales, frustrated investors and a huge drop in their stock price. Over the past few weeks there have been rumours that RIM was looking to sell the company, specifically to Samsung, but this was quickly denied. Even in a the Wall Street Journal tonight “There is no intent to put the company up for sale”.

On a more interesting note, one of the rumours pointed towards licensing their BlackBerry 10 OS to other manufacturers, Heins stated that they are exploring this route and are looking at possible suitors “on a case-by-case basis”.

It’ll be interesting to see how the market reacts to this news. The current stock price is at $17.00.