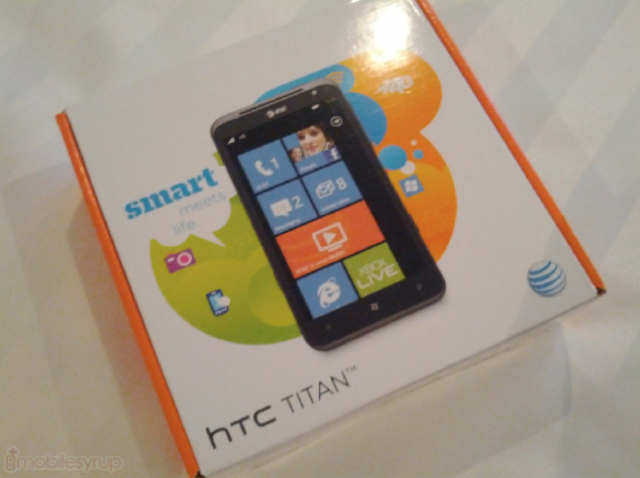 Update: This contest is now closed – we are happy to announce that Facebook follower Brad Warkentin has won the Titan!

Now that CES 2012 is officially over and I’m slowly catching up on much needed sleep, it’s time to attend to some business and do a giveaway. One of the cool phones I received was the HTC Titan, this was scored at an event hosted by Microsoft and the Sonos Group, so instead of keeping it I’ve decided to put this up for grabs! Now, it’s locked to AT&T so the winner will have to take it upon himself/herself to unlock it. As for specs of this Windows Phone, the Titan runs Mango, has a 4.7-inch Super LCD touchscreen display (800 X 480), 8MP camera that records 720p videos, 1.3 MP front-facing camera, 1.5GHz Snapdragon processor and Wi-Fi.