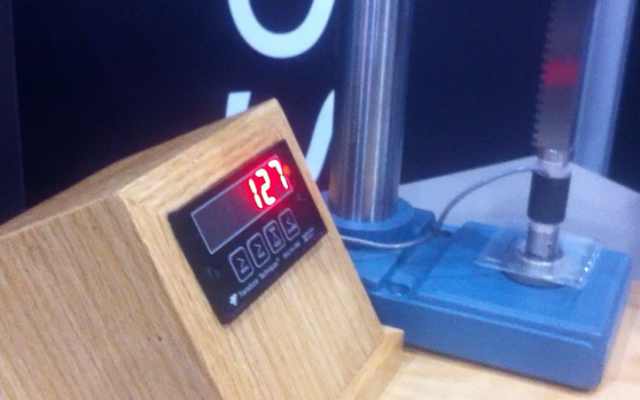 Corning’s popular Gorilla Glass has been used by 30 major brands in over 500 million devices. The main feature of Gorilla Glass is the fact that it’s damage-resistant, so the glass cannot scratch, crack or break when you drop it. This year Corning came to CES 2012 with more muscle, stating the next generation of Gorilla Glass, aptly called “Gorilla Glass 2”, has the same strength and durability as the original, but now 20% thinner. This is important to manufacturers as devices such as smartphones and tablets are getting thinner every year.

In addition, the Corning rep stated that they’ve signed deals to have Gorilla Glass 2 used in upcoming ASUS, Acer, and LG devices. Specifically for LG, GG2 will be used in their “premium smartphones”. Also, something that is unique and possibly telling of things to come, Corning is currently in “co-branding activity with Microsoft”. No other details were given. I stopped by the booth and snapped a quick video of it in action.