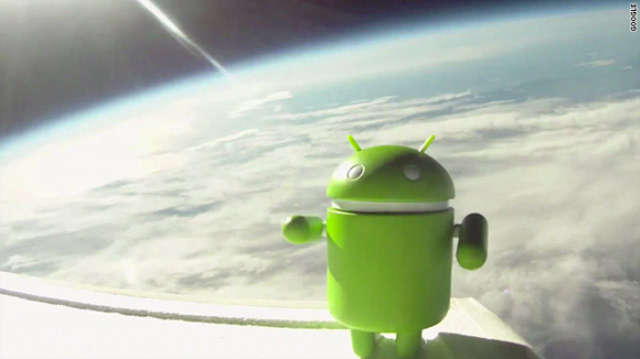 It’s natural for competing companies to throw a few gentle jabs at each other. In the past Apple has gone after RIM, Google and Microsoft exchanged a few choice words and of course, Samsung and Apple are continuing their battles.

Almost exactly a year ago Steve Ballmer, Microsoft CEO, said the rate in which Android updates their OS “are chaotic and not necessarily as well thought through”. Microsoft just rolled out their first major update to Windows Phone, bringing over 500 new features to the OS.

Now the latest round of words are coming from Andy Lees, president of Microsoft’s Windows Phone division, who believes Google’s Android OS “is heading down this chaotic phase… If you’ve used some of the (Android) phones, some of them are great, but some of them are not great. But it’s random. And it feels like, with some of them, that you’ve had several cooks in the kitchen trying to bake different things with the same thing. Whereas we have much more coherency in the totality of what somebody gets when they buy our phone.”

Lees does have a point when he says “random”. Some devices run different Android OS than others, leaving consumers wanting the latest update and getting frustrated with manufacturers/carrier testing. The latest stat from Android was that OS 2.3 Gingerbread is on 38.7% of devices, while OS 2.2 Froyo still holds a big chunk of the market at 45.3%.

Lees also went after the new iPhone 4S, saying that Apple missed an opportunity by only doing a few mild OS upgrades and not coming out with a new design, stating he was “surprised they’re not giving the consumer more choice. People want a variety of different things”.

There are several new Windows Phone Mango devices coming this year, from various manufacturers. Although Microsoft has publicly stated that the first year of Windows Phones sales was not where he’d hope, he’s “very optimistic on where we can be”. This year will be interesting with the upcoming Nokia Windows Phone devices, ensuring their OS market share will increase. However, at the end of the day it’ll be an OS race between Android, Apple, RIM and Microsoft.