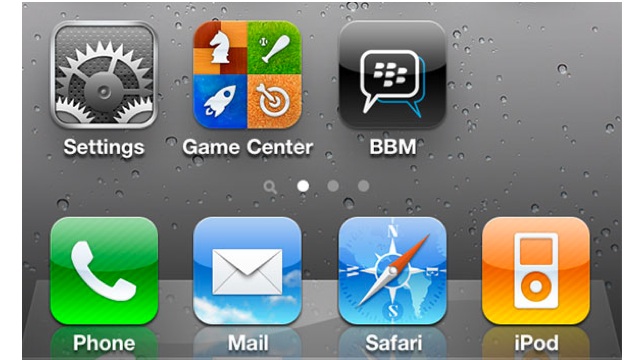 A few weeks ago rumours were that RIM will be expanding their BlackBerry Messenger (BBM) app past BlackBerry devices and have it available to Android and iOS devices. If and when BBM will be implemented on other platforms it won’t be the full experience that BlackBerry users love but a stripped down version.

The Android BBM app is expected to be released sometime this year but a release on the iPhone is still unknown. However, another fresh rumour is brewing over at MacRumours of an April 26th release of the BlackBerry Messenger for iPhone. Apparently RIM co-CEO Jim Balsillie was in Toronto today speaking at an event where he off-handed announced the app will be available for download in the App Store on April 26th (Thursday), then an update to follow in the Summer with a new “notification system”.

“RIM had a Social Media conference today in Toronto, and my entire college business and marketing class was invited to the event. RIM’s co-ceo Jim Balsillie revealed that they plan to bring BBM and “other services” to iPhone on April 26 via the app store. Major news networks are expected to pick up on this very soon! Balsillie also revealed that they plan to release an update to the app this summer which will take advantage of a new “notification system”!!!”

Update: BGR reached out to their sources about the rumour on MacRumours about BBM on the iPhone landing on April 26th and stated that it’s not true. “RIM did not hold a conference in Toronto this week, and Jim Balsillie did not speak at any event in Toronto this week.”