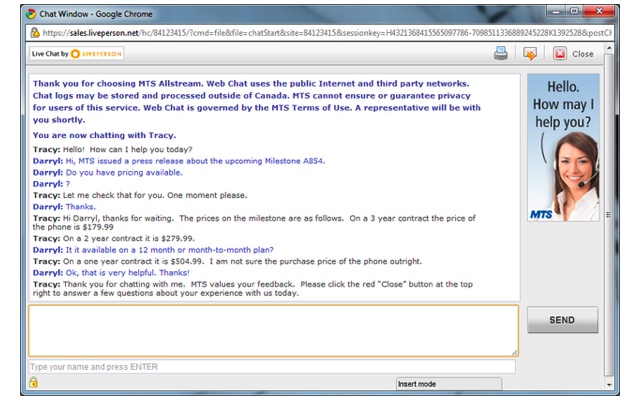 MTS announced that they’ll be releasing the Android 2.1 Motorola Milestone A854 earlier today. No date was given or even price points. But sometimes you just have to ask. That’s what one of our tipster Darryl did. The upcoming price points for the Milestone is as follows: 3-year contract is a whopping $179.99; 2-year is $279.99 and the 1-year is $504.99. Still no word on when this will be officially released… but now that the pricing is revealed you can decide if this is something you want.