The week the WIND came rushing in…

This week will be unprecedented and it’s mainly due to the anticipated launch of WIND Mobile. There are a few device launches this week but nothing will come close to amount of enthusiasm that’s behind each Wind employee, or the eagerness of those potential customers who are planning to switch and give them a go.

Analyst Jeff Fan and his team over at Scotia Capital has put together a great breakout of what we could expect this week when it comes to pricing, store locations, subscribers and the impacts on the Rogers, Bell and TELUS. (We must preface the pricing portion with the leaked pricing plans that have surfaced on the web.) Compare for yourself, but the real plans will become visible most likely in a couple days.

We found out Friday that WIND will initially launch in Toronto and Calgary then over the next few months expand into Ottawa, Edmonton, and Vancouver. When is comes to devices, we can expect BlackBerry (probably the Bold 9700), HTC (probably the Snap) and Samsung (probably the Gravity 2), they will not launch an Android device but will have a data stick. In addition, they’ll offer no System Access Fees or 911 fees.

– WIND will have 4 million to 6 million subscribers in five years. “This is ahead of the initial plan given in 2008 of 1.5M subs in three years but in line with Orascom comments at its investor day. We believe this estimate is very optimistic anof data-only subscribers.”

Voice ARPU: We believe WIND will introduce three different voice plans that will range from $15 (small number of minutes and texts), $35 (unlimited voice but limited texts) and $45 (unlimited voice and texts, including features such as voicemail)

Check out parts of the report here: 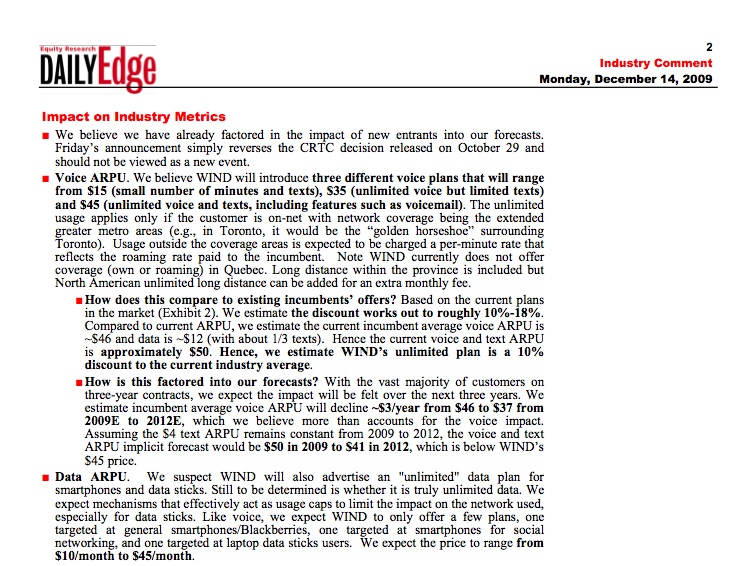 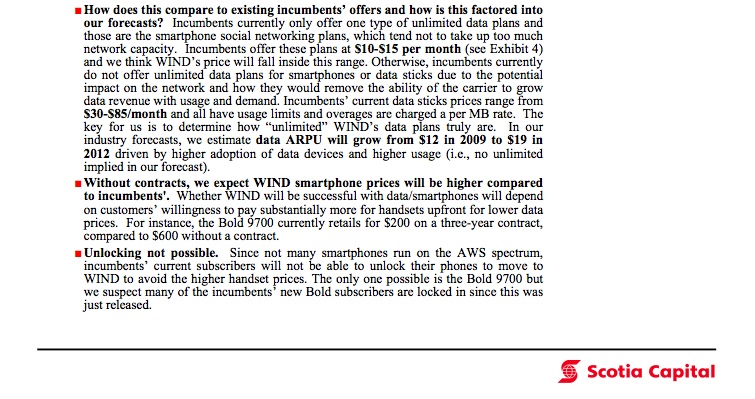 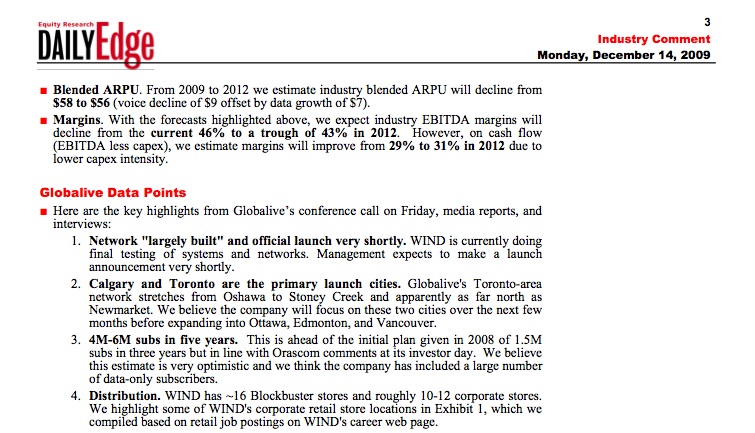