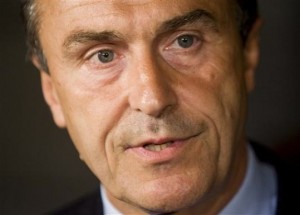 Ouch. What does the future hold for Nortel Networks? Selling their core assets like crazy and trying to get as much money out of them as possible.

More news today as Mike Zafirovski (former CEO of Motorola) has officially resigned his position as is stepping President and CEO of Nortel Networks Corp. Even though the company is bankrupt and on its last legs, outgoing Nortel chairman Harry Pearce stated “We’ve reached a logical departure point. Mike made a commitment to see the process through the stabilization of the company [and] sale of its largest assets…. He has done so.”

I guess he should have gotten more than $1.13 billion for their LTE assets. Nortel has also said they will not find another CEO, but get a court-appointed monitor to oversee the organization. More here at CBC