Public Mobile to get Wal-Mart relationship? 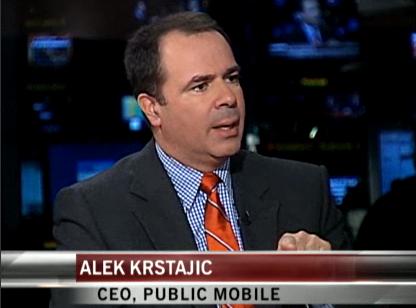 I’ve always loved watching a good flick about the underdog who persevered in the end… you know Rocky and event the classic Rudy. In Canada we just might see an underdog story unfold with one of the new wireless carriers, Public Mobile.

Since their inception Public Mobile has always been upfront and open with their strategy. During the spectrum auction they only dished out $53 million for parts of Ontario and Quebec (the largest provinces with customers). Think of it – a mere $53 million to get yourself into the wireless game in Canada. Bell, Rogers and Telus each probably write off quarterly in rebates, billing errors or customer “challenges”.

The reach in those once unwanted areas now capture an astonishing 19 million people. Canada’s wireless penetration is only at 70% or in numbers that’s 21.5 million wireless subscribers. The backers of Public Mobile (BMV Holdings) saw an opportunity and jumped on it. And good for them! Even at their “semi-not-really launch party but let me prove our unwanted g-block spectrum actually works” party, CEO Alek Krstajic (also an investor in the company) came out looking like the champ by proving skeptics wrong by making a “simple” phone call.

In an interview back in April, Krstajic states “I think first and foremost we are going to be the cellphone company for people who really feel that today there isn’t really a choice for them. A lot of the 30% plus Canadians that don’t have a cellphone are value conscious and they cannot afford the unpredictability of bills that we see today in cellphones and the cellphone world, not knowing if it’s going to be 50, 100 or $150… In fact, we’ll have no bill! Why would need a bill if it’s $40 unlimited talk and text? There is no need for a bill, it’s part of how we drive the value piece of this.”

Let me get to my point: Last week Krstajic said they are currently in talks with Wal-Mart to distribute their line-up. This is not new as you can currently get the following brands at Wal Mart: Fido, Koodo, Rogers, Solo, Telus and Virgin. So why would Public Mobile entering a relationship become such a big deal then?

Well, I could be way off but it would make sense that Public Mobile and Wal-Mart work together. Can you not see Public Mobile “store” similar to the dry cleaning, optometrist, travel centre and smack dab in between McDonalds? Wal-Mart would sign up and become a distributor and open their own mobile store under the Public Mobile brand… and truly enter the wireless market and compete with Best Buy, Future Shop and even The Source (especially true once Bell finishes re-branding it). You’d actually be able to purchase, activate and sign up on the spot… gently be on your way with all your groceries, clothes etc.

Krstajic said with their $40 talk and text plan potential customers will be able to buy a phone outright for $100. He states they are also in talks with Motorola, Samsung, LG Electronics and Kyocera to supply their with handsets. All reputable brands that “value conscious” Canadians trust. Again, another reason the Wal-Mart relationship would work. They target the value conscious and also like dealing with brands they are already dealing with… plus the low cost price point is right up their alley.

With only $53 million dollars invested, Public Mobile will be able to ride it our for a while even if the sales are not the greatest. Even for a couple years until one of the big 3 buys them out (2:25 in the video here). I always go back to when Krstajic stated at the 2009 Canadian Telecom Summit that they are going to serve the currently under-served customers who don’t have a cell phone. Not like Globalive or DAVE Wireless who spent millions in the spectrum auction and are going after similar demographics as Rogers, Bell, TELUS and their sub brands to try and entice them to switch.

With an exclusive Wal-Mart relationship (in Ontario and Quebec only) they have an opportunity to reach everyday hard working Canadians who just want a reputable first cellphone. They don’t need to know how the technology works or need the latest and greatest device. They just need to know it works and that they’ll be getting it at an affordable price. Eventually the Public Mobile customer will see the value and freedom of using a cellphone and decide to ditch it and sign a contract with another carrier.

Supposedly Public Mobile is living their tag line “Everybody Talk” and Krstajic said they are “talking to literally everybody”… even big drugstore and grocery chains.

The key is that Public Mobile is having high level discussions with some big players. It looks from an outside point of view they are following the right steps to building a strong brand name, have somewhat proven technology (now we just need to know if it’s reliable) and have a clear marketing strategy. Time will tell as we are only a few months away from the target Q4 launch time frame.