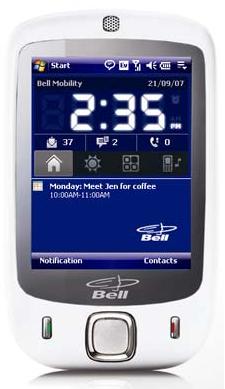 HTC (High Tech Computer Corp.) CEO Huei-ming Cheng expects its revenues will grow 20-30% in 2008 and has plans to launch a series of new products starting in Q2. The new products will have a different focus to the current “Touch-series” lineup and focus on models supporting the 3G standard initially and then followed by EDGE-compliant models for emerging markets.

Their Q4 total revenues increased by 34.7% to US$1.21 billion. The revenues of 4th quarter was better than expected. HTC’s total shipments of mobile devices were up 3.7% on year to 9.92 million units in 2007, falling slightly short of its target of 10 million units. In 2008 they are looking to ship 1 million devices a month.

From an earlier report we did executive director Paul Ghent said this of the 2008 focus:”We want to thrust more into the consumer market. We’ll look to combine business applications with features favorable with consumers.”.