The big 40th Anniversary Edition update even has a unique historical Canadian plane: the Beaver 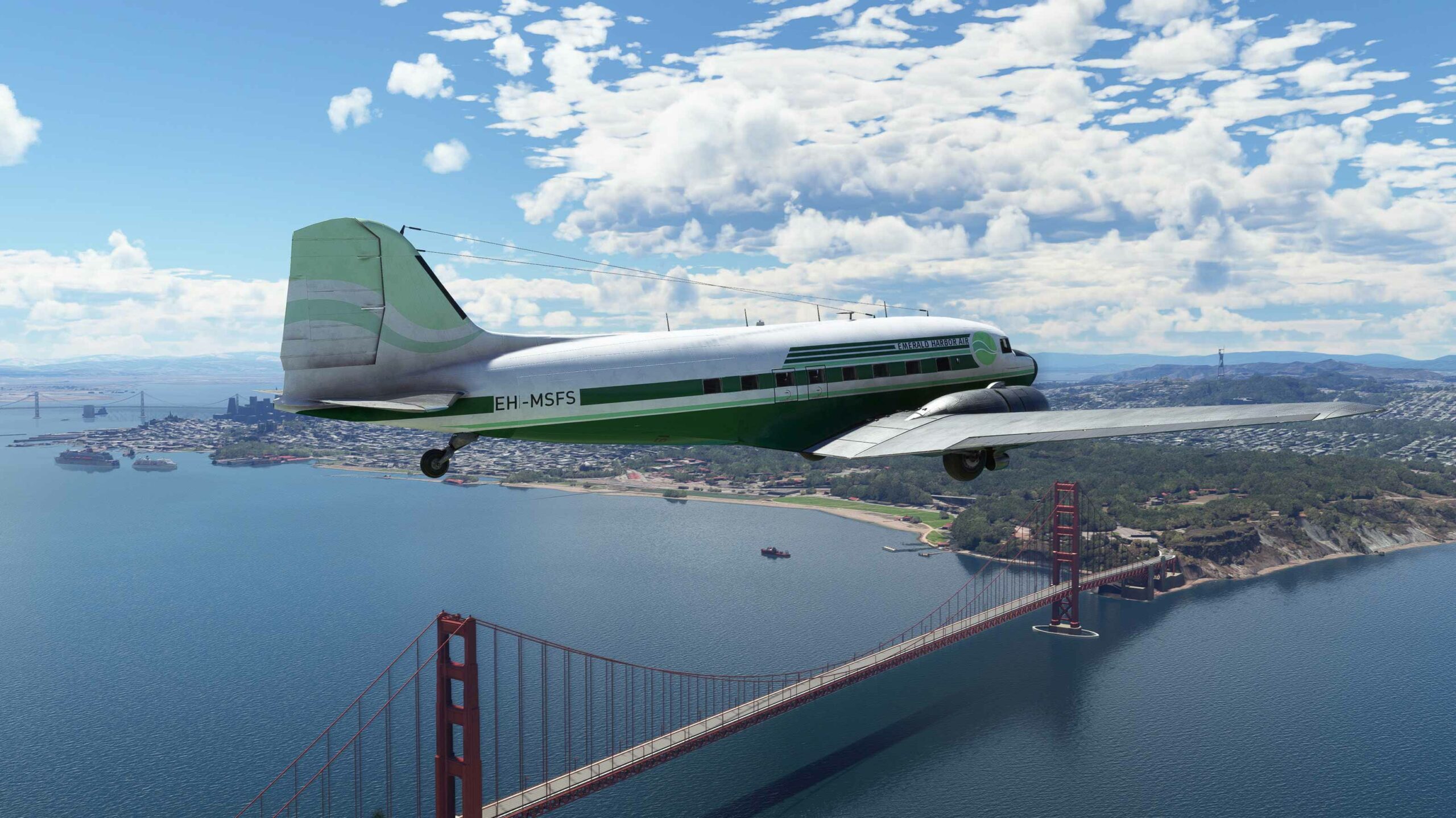 Did you know that Microsoft Flight Simulator is actually Microsoft’s longest-running product line?

With its introduction in 1982 for the IBM PC, it actually predates Windows by three years, Office by eight and the Xbox gaming brand by a whopping 19. It’s pretty wild to think about, especially considering Microsoft is undoubtedly best known software company.

To celebrate Flight Simulator‘s 40th anniversary, Microsoft is releasing the appropriately titled 40th Anniversary Edition update on November 11th. Naturally, for such a momentous occasion, you want to go big, and that’s exactly what Microsoft has done with the expansion.

“We were sort of constructing this box of chocolate,” says Jorg Neumann, head of Microsoft Flight Simulator, about the approach to the update, which was created with the help of 10 studios around the world. So what, exactly, went into this box of sweets?

Helicopters and gliders and airliners, oh my!

According to Neumann, Microsoft’s tracker for most requested community content additions helped steer them in the right 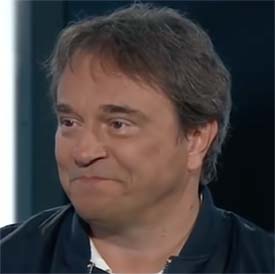 At the top of the list were helicopters and gliders, which haven’t been in the series since 2006’s Microsoft Flight Simulator X (FSX). But as Neumann points out, the piloting systems for these vehicles are “totally different” from anything that’s featured in the current Flight Sim. That’s to say nothing of the fact that quite a lot has changed since 2006.

This meant that Flight Sim co-developer Asobo had to write a whole new system and add a variety of features. “The ground effect is different with less water drag when you get close to the ground. We did things like translational lift, which is basically from ‘hover’ to ‘fly forward’ and how that really works, and the vortices that are happening,” says Neumann. He adds that a solution to “dissymmetry of lift” — the unequal amount of lift on opposite sides of the rotor disc — called “flapping” had to be coded from scratch.

The other piece of the puzzle was working with a French company called Helicoptres Guimbal, who provided helicopters and test pilots for reference. With their help, the Flight Sim team would use new recording devices to get the telemetry of the real helicopters and compare them to what they have in the game. In the end, all that work has seemed to pay off.

“I think the best news for us was when we brought it back to the test pilots and they tested it, they actually said, ‘man, you guys got close,” says Neumann. “And they gave us more feedback, and that went on a number of months. And now they’re saying it’s really, really good — to the point that they’d like to use it like for training purposes and such. So that’s always the best validation.” 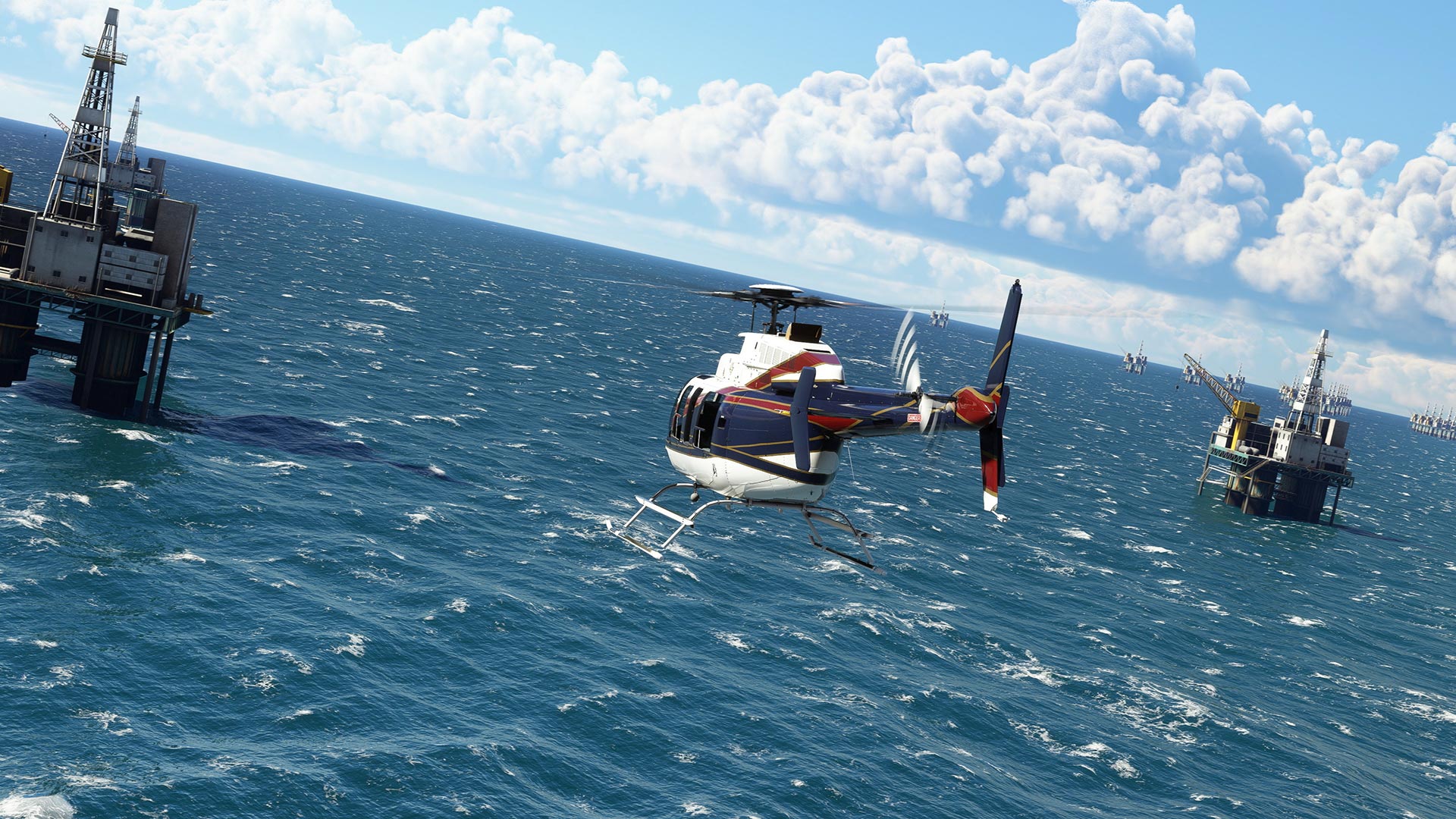 Another highly requested feature was the addition of a true-to-life airliner: the sophisticated Airbus A-310. To design it, the Flight Sim team partnered with global software company Inibuilds, who Neumann says have “a lot of direct access” to airline pilots. This was essential, he says, because the pilot handbooks for such aircraft are “thousands upon thousands of pages” long.

Given that, he admits he’s not an airliner expert, but from what he’s heard from the true savants is that Inibuilds’ work on the airliner “is really outstanding.” Moreover, he says it helped improve the game as a whole.

“It pushed us, frankly. I think there were things in Flight Sim when we launched that weren’t as deep as far as systems are concerned — like the weather radar was more limited and stuff. And I think a lot of what Inibuilds did was pushing the platform to get really great, which is a a net benefit to all the other third parties that make airliners.”

Honouring the past — including Canada’s 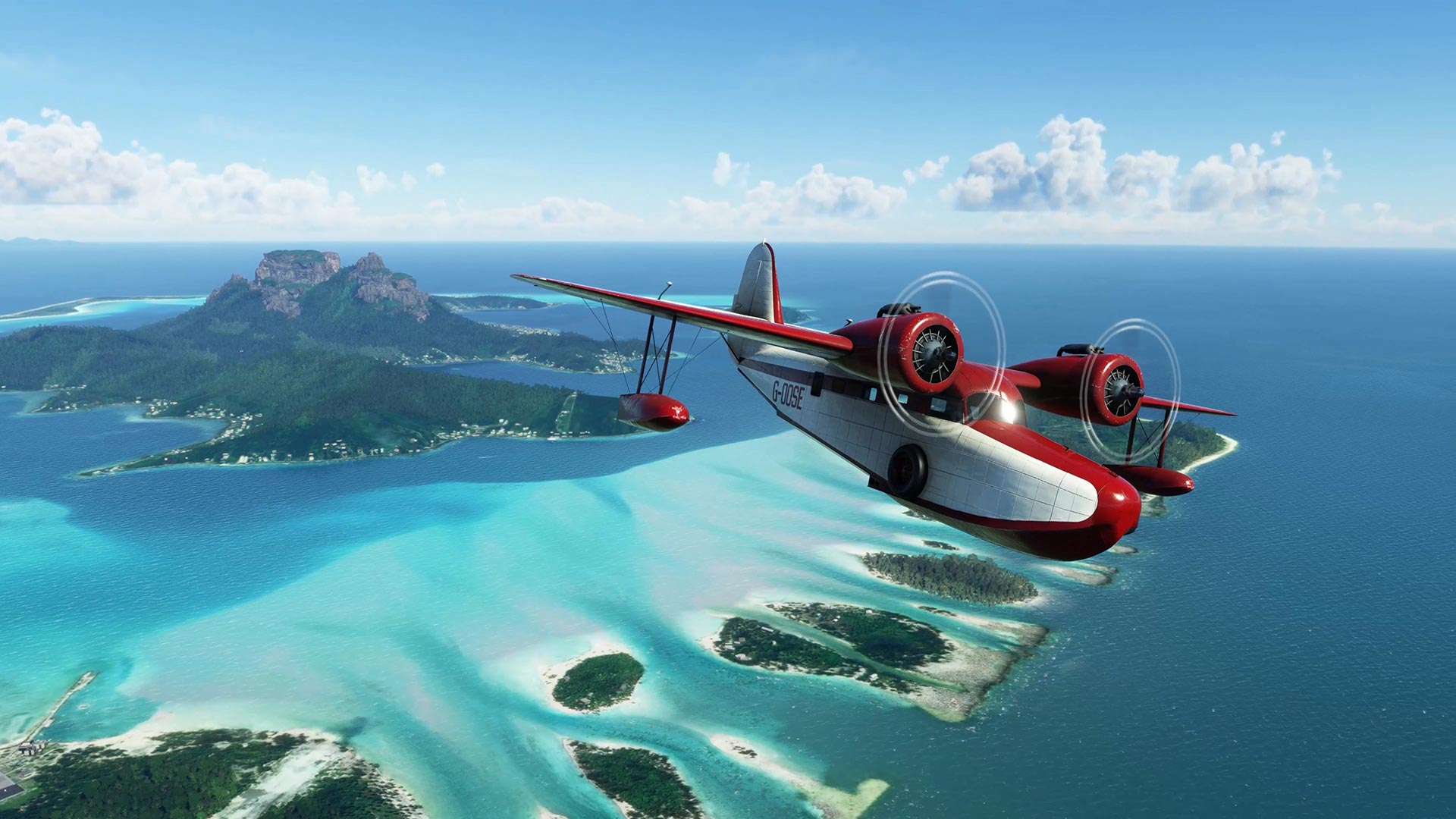 That last plane, also known as the ‘Spruce Goose,’ is perhaps the most notable of the bunch — the largest seaplane and largest wooden plane ever made. Its creator? A lesser-known business magnate, pilot and engineer by the name of Howard Hughes, who also happened to be the only person to ever fly it. This begs the question: how do you simulate a plane that was only ever flown once?

“Howard Hughes was an interesting guy, right? So he kept actually building on that plane. He flew that one time back in 1947. But that’s just one configuration — he kept changing the thing to make it better,'” explains Neumann. “And we saw all the pictures over the ages and we needed to figure out like, ‘what is this lever do here in the central console?’ And then they [the Evergreen Museum who houses the Spruce Goose] went in and actually gave us the engineering specs and where the electrical lines actually go. And we discovered some stuff that I think nobody really knows about like it’s two APUs, power units, and they’re in the cockpit. This thing must have been crazy loud, when it flew, sitting in the cockpit!”

And if the recent Canada-themed update wasn’t enough, Canucks will also have something unique to enjoy in 40th Anniversary Edition: the 1947 Havilland DHC-2 Beaver. Shortly after World War II, Canadian aviation company De Havilland shifted focus to civilian operators — in this case, a single-engined high-wing propeller-driven short takeoff and landing (STOL) aircraft. On top of that, Canadian 3D model and animation company Blackbird Simulations (formerly Milviz) actually handled the Beaver. “Because they’re from Canada, they were like ‘the Beaver — we need to do the Beaver!” Neumann says with a laugh, noting that some of the team flew for Canadian Air Patrol. “It’s a great group of people.” 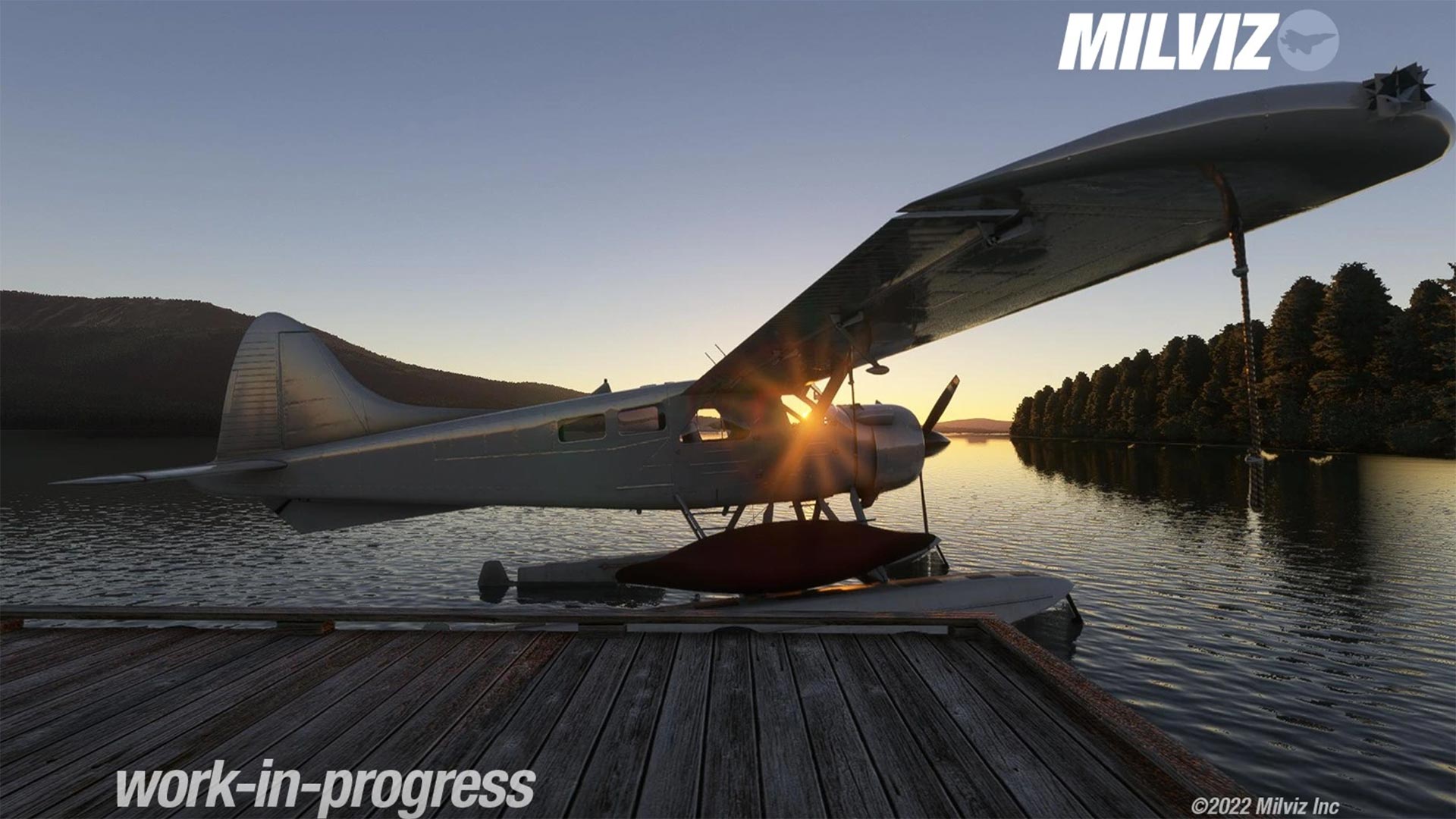 In general, he says it’s “most important that people really love the plane that they work on,” and that’s especially been apparent with Blackbird. “The lead engineer on [Blackbird], his name is Jim. And he sends me builds, ‘hey, check it out!’ And you see all the needles through this little jitter. I’m like, ‘what is happening?’ And he’s like, ‘Oh, it’s this power unit up here!’ And it does this vibration thing. And it’s a super authentic version of what the Beaver really feels like. And I think Flight Simmers really enjoy that. It’s not just the shape — it floats and it can go into lakes. It really feels the part, and it sounds the part. They’re so proud of the sound recordings because it’s all custom recordings done for specific planes up in Canada. It was cool.”

When I last spoke to Neumann, it was to preview the launch of the Xbox Series X/S versions of Flight Sim — the first time the series had ever come to consoles. Of course, that brought in a whole new wave of players who had never experienced the series, and the team took great care into creating tutorials and other guiding missions to ease them in.

Fast forward over a year and Neumann says he’s happy to see how this new audience has received the game. “It was great. The audience is huge — we doubled the audience.” And that was just with the native Series X and S versions. This past March, Microsoft added Xbox Cloud Gaming support to the game, letting players stream it to the last-gen Xbox One and, even, mobile devices.

“It’s a fascinating thing — I actually test a bunch on iPhone 12 because it’s so fast to fire up the SIM,” he admits with a laugh. But his biggest takeaway is just how much these two expansions reached people.

“It added people all around the world — more so than what I expected. Because there’s a traditional PC audience and a traditional Xbox audience, and this one literally liberates it from any country on Earth now. For example, just a tidbit: Turkey, somehow, is now the number six most popular place where people fly Flight Simulator. I would have never thought that because the country doesn’t have a deep history of aviation. But clearly people like it — it’s a big country, it has [85] million people. So I think we’re reaching new people and innocent people.”

To that point, he mentions how he sees the Flight Sim add-on developer community has a lot of new teams with people who are 20-years-old or younger. His conversations with aircraft manufacturers have also indicated that interest in aviation is going up.

“I’m not saying it’s all because of us or anything, but I do think we’re contributing to sort of a resurgence, where people say, ‘planes are cool, let’s get into this.’ And the emails that always make me the happiest are from like eight to ten year olds writing me saying, ‘hey, I’m flying Flight Sim every day,’ and then they ask me something about their hometown or whatnot and it feels awesome. That’s when it feels that you’re doing something meaningful.” 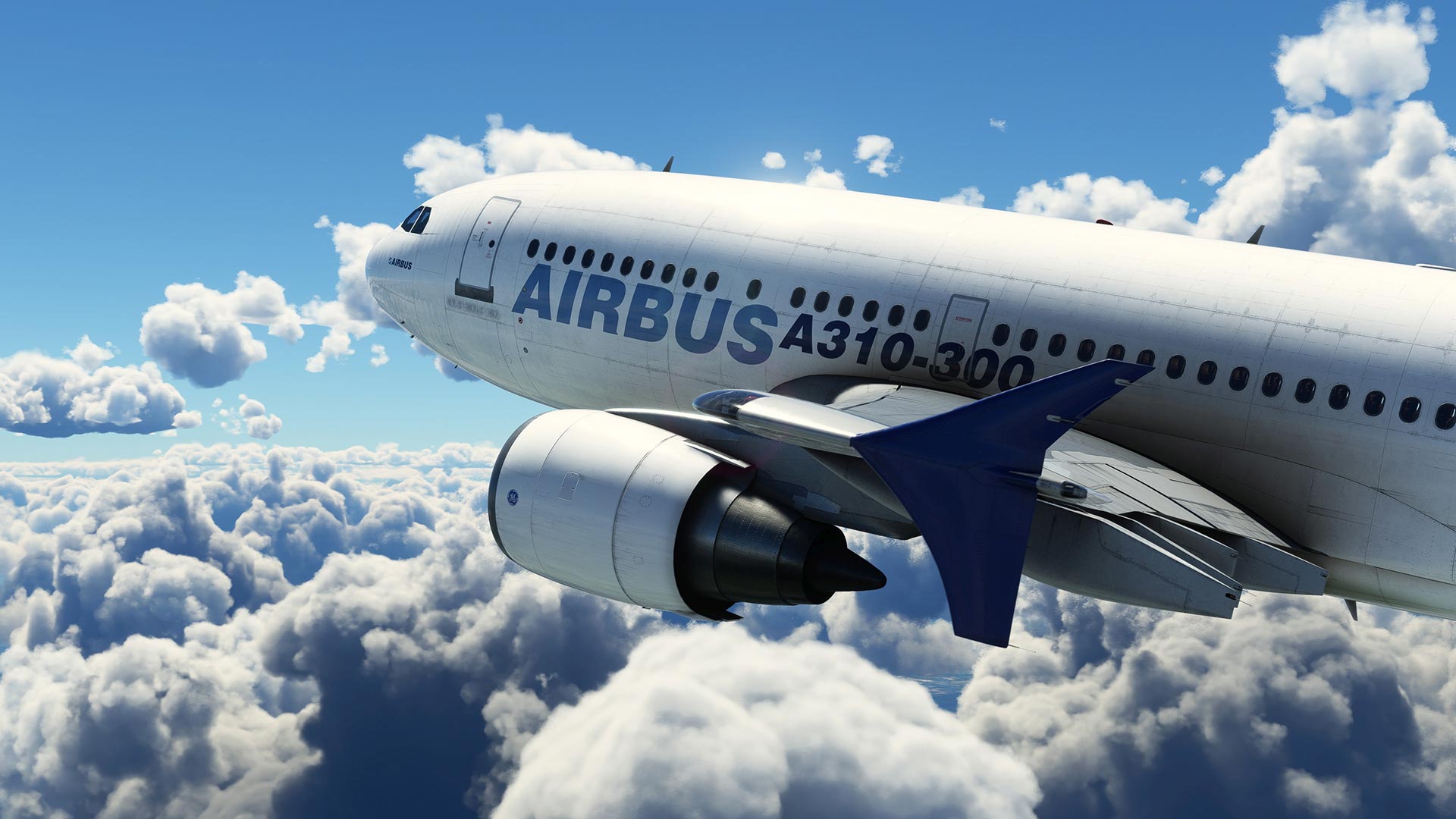 The other side of the equation, he says, is that Flight Sim can play a role in the preservation of aircrafts.

“I go to a bunch of museums and I talk to those people. And they are kindred spirits, just of a different ilk. They are spending their life — all their passion goes into preserving these amazing machines. And they look at me like sort of almost like a savior, because they know that machines, at some point or another, physical things erode over time. For example, the Spirit of St. Louis — the cloth is going away and they can’t do anything about it. Like nobody can touch the plane — nobody has been on the ceiling for decades. It’s just the tools of time. And they look at what we can do in the digital space, which is not the same, but but it has a certain element of the preservation, so they pour their hearts into helping us.”

Taking that one step further, he says he’s had conversations with museums to preserve them, too, in a digital space. “It’s not perfect or anything, but it keeps getting better, and people want to be part of that. And we’re doing some prototypes right now that could lead us to some fascinating places.”

Ultimately, he says these sorts of efforts can appeal even to those who aren’t interested in aviation.

“I was thinking about the photogrammetry cities that we have — some of them are from 2013, and we’re getting new ones now. And I was projecting forward, 40 years of Flight Sim… what’s the world going to look like 40 years from now? That’s the kind of the mental game I play. You know, we will have cities from 50 years ago. And people can look back in time and say, ‘Hey, this is what the city looked like.’ And we are really making this ‘history of Earth thing,’ a little bit. Not just planes, but the world itself, and I think that that has lots of fascinating things going for it.”

Microsoft Flight Simulator 40th Anniversary Edition will be available as a free update to all Flight Sim players, including those on Xbox Game Pass.