How to watch Jake Paul vs Anderson Silva in Canada 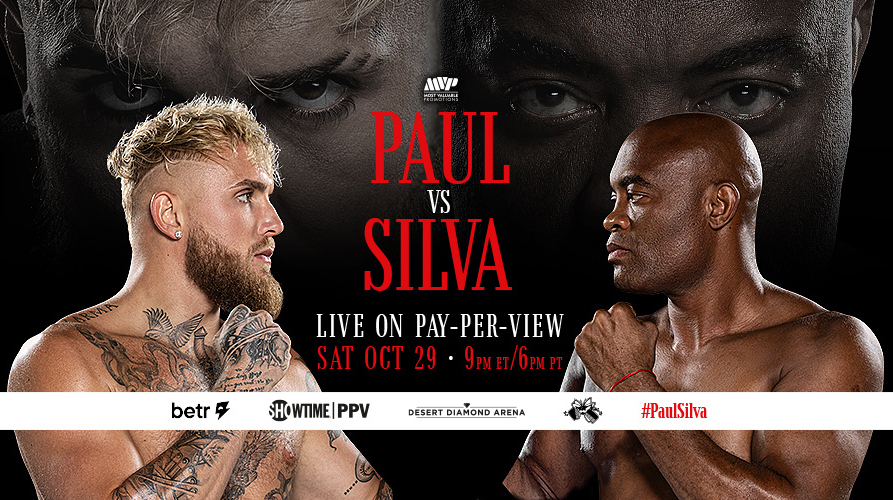 Former Disney Star turned boxer Jake Paul (25) is in it for the toughest fight of boxing career. He’s going up against former UFC legend and boxer Anderson Silva (47), a seasoned fighter who had a 10-fight title defence streak under his belt in his mixed martial art days.

Unlike Tyron Woodley, Paul’s previous opponent with a UFC background, Silva also happens to be a competent boxer, with four professional boxing bouts in his resume, two of which happened before he began his UFC career in 2008. The subsequent two fights took place in June 2021 against former champion Julio Cesar Chavez Jr. (Silva won) and September 2021 against former UFC Light Heavy Weight World Champion and UFC Hall of Famer Tito Ortiz.

Paul, who is 22 years younger than Silva, goes into the fight with a 5-0 unbeaten record, with four of his previous bouts ending with him knocking out his opponent. Most recently, in December, Paul knocked out former UFC Welterweight Champion Tyron Woodley in the sixth round of their second bout. Subsequently, he was expected to fight world champion Tyson Fury’s brother Tommy Fury and Hasim Rahman Jr., but both of those fights fell through.

The cancelled fights have given Paul ample time to hit the pads, and we’ll see today if the work put in would be enough to score a sixth victory against someone who happens to be a way more experienced striker than himself.

The Showtime Pay-Per-View is scheduled for today, October 19th, at the Desert Diamond Arena in Glendale, California, with the main card starting at 9 pm ET. Here is a list of fights taking place before the main event:

Showtime is offering the official PPV stream to the event for $59.99 USD, but as always, it is restricted to users in the United States only.

Canadians can rely on Fite TV to catch the PPV for $45.99 USD (roughly $62 CAD) on their browser, iOS app, Android app and Roku. You don’t need to have a pre-existing or new subscription and can just pay for the PPV and watch. Learn more here.