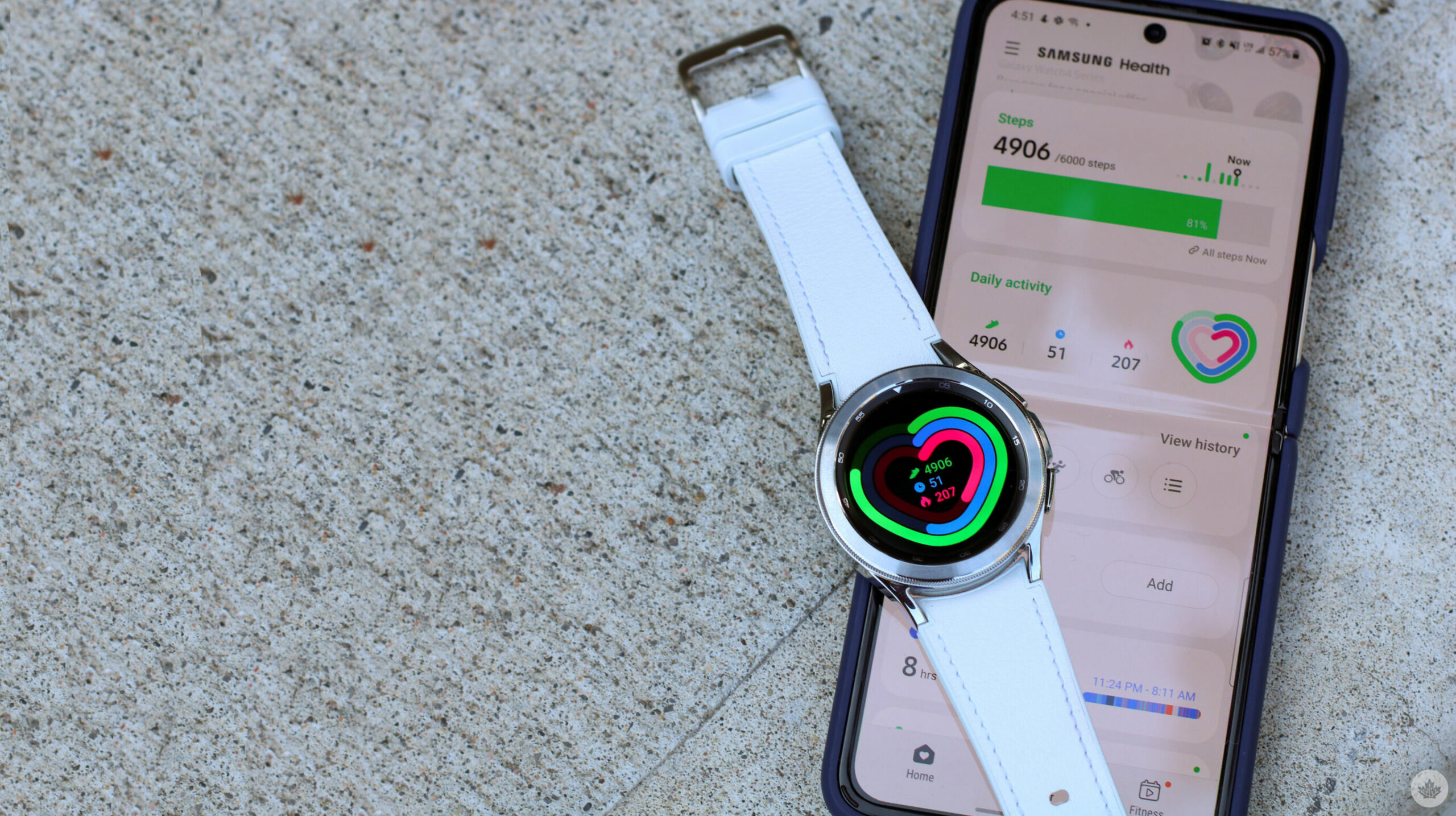 While we already know a bit about the new watches, like their expected Canadian pricing, size variants, and charging ports, newly leaked marketing material for the watches reinforces previous rumours that the wearables will support fast charging.

The leaked information comes via leaker @_snoopytech_ and AndroidPolice.

The marketing material includes four images and displays both the Watch 5 and Watch 5 Pro. However, the picture we’re concerned with is the top left one, which shows the smartwatch at 45 percent, and fast charging its way to 100 percent. AndroidPolice suggests that the new watches would be capable of 10W charging, which is double that of the Watch 4 line. Additionally, it is expected that the watch will take about 30 minutes to go from zero to 45 percent battery.

Other marketing materials show an individual wearing the Watch 5 with “seguimiento de la salud y el bienestar” written in the background, which roughly translates to “health and wellness tracking.” A different image says “seguimiento del sueño cuenta tus ovejas por ti,” which roughly translates to “sleep tracking counts your sheep for you,” while the last image indicates that those who pre-order the new smartwatch before August 25th would get a pair of Galaxy Buds Live earbuds for free.

Considering that the promotional material is in Spanish, it isn’t clear whether the free earbud deal will be available in Canada too, though we should know for sure tomorrow.

Check out what we are expecting to see at the event via the link below. You can also keep an eye on the MobileSyrup home page, Twitter and/or Facebook for all the latest news from the event tomorrow.