There wasn't a lot of hustle and bustle this year 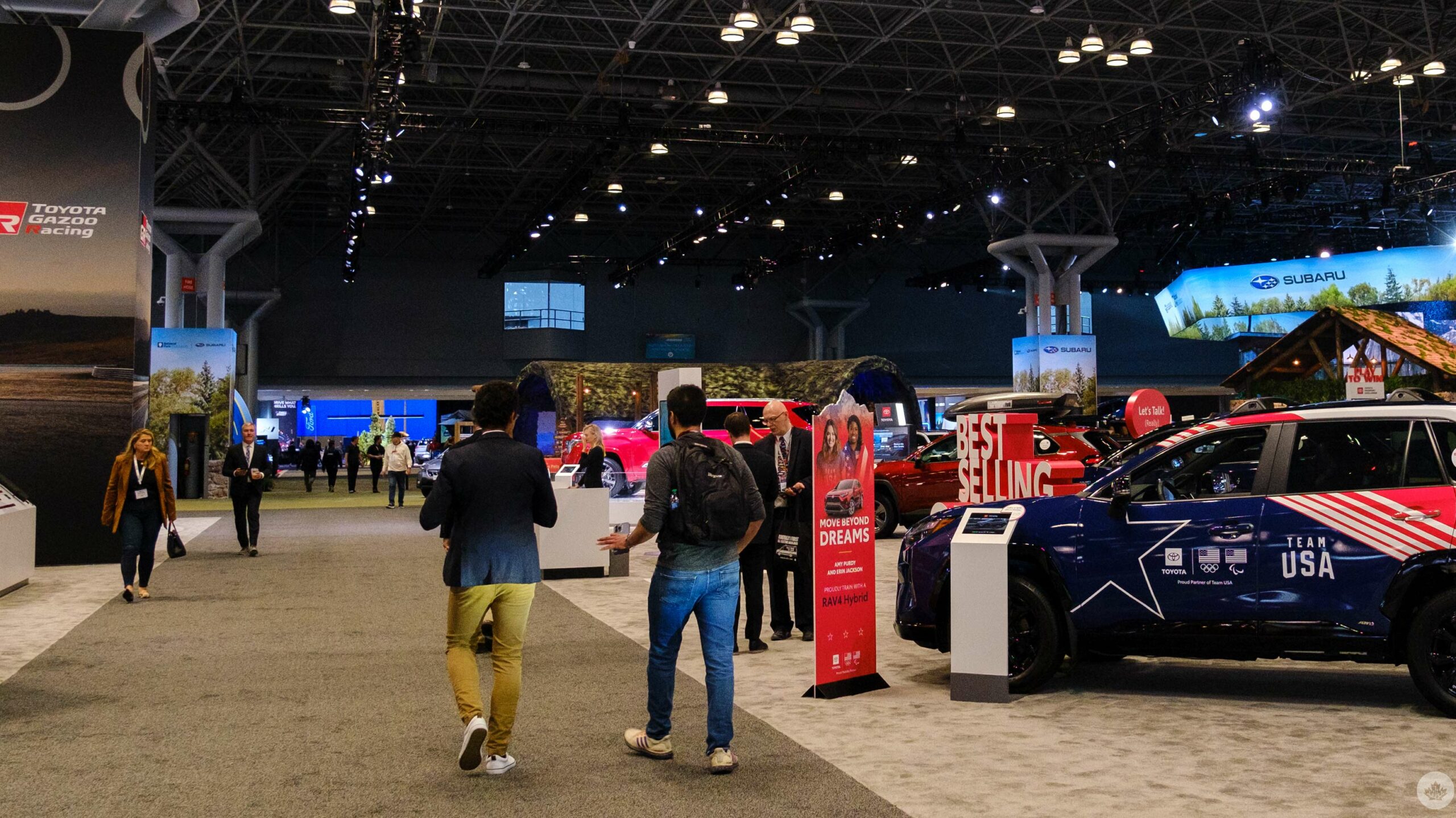 Last week was my first time at the New York Auto Show, and while it lived up to the hype in some ways, it also disappointed me in others.

Legacy automotive companies like Ford, GM, Subaru and Toyota offered large displays at their booths, but others felt small and lacklustre in comparison. Many automakers like BMW, Audi, Mazda and others didn’t even bother to show up at all.

As a journalist attending the event, the reduced automaker count meant that I had less to cover and, in turn, there was less walking to see it all, but it also signifies the end of large tradeshows to an extent. There’s the death of E3, and Computex, CES and other tradeshows becoming less relevant over the last few years, but seeing the state of the New York Auto Show in person made me wonder how much longer it will be around before all automotive companies just hold their own online or in-person events. 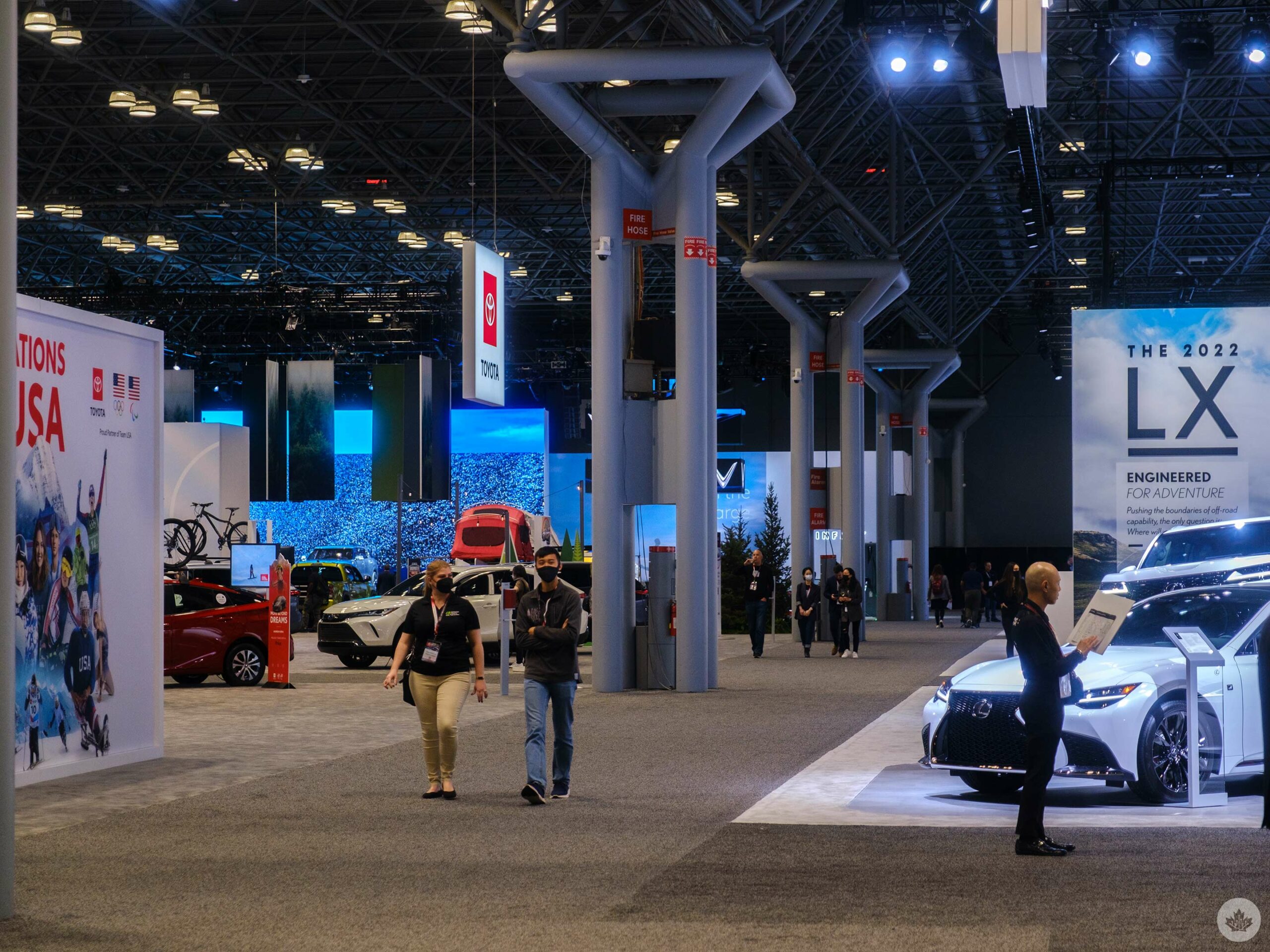 Still, the Autoshow was fun for what it was, and it was nice to check out several upcoming electric vehicles (EVs) under one roof. Three EVs even won the most prestigious show awards, which was exciting. Hyundai’s Ioniq 5, my current favourite EV, took home the top prize, while the Mercedez EQS won the top luxury car and the Audi E-tron won the top performance car.

These three champions suggest to me that people are finally ready for EVs, and if automakers continue releasing them, they’ll steadily grow in popularity. It’s also great to see the Ioniq 5 win since the car feels expertly designed and offers a level of attention to detail you don’t often see in mid-range SUVs.

A personal highlight from the show was the VinFast booth. The Vietnamese automaker burst onto the scene this year with an impressive crossover called the VF8. It’s unclear how effectively the company will market and sell the car globally when it releases towards the end of the year, but it clearly had an exciting and surprising presence at the New York Autoshow. 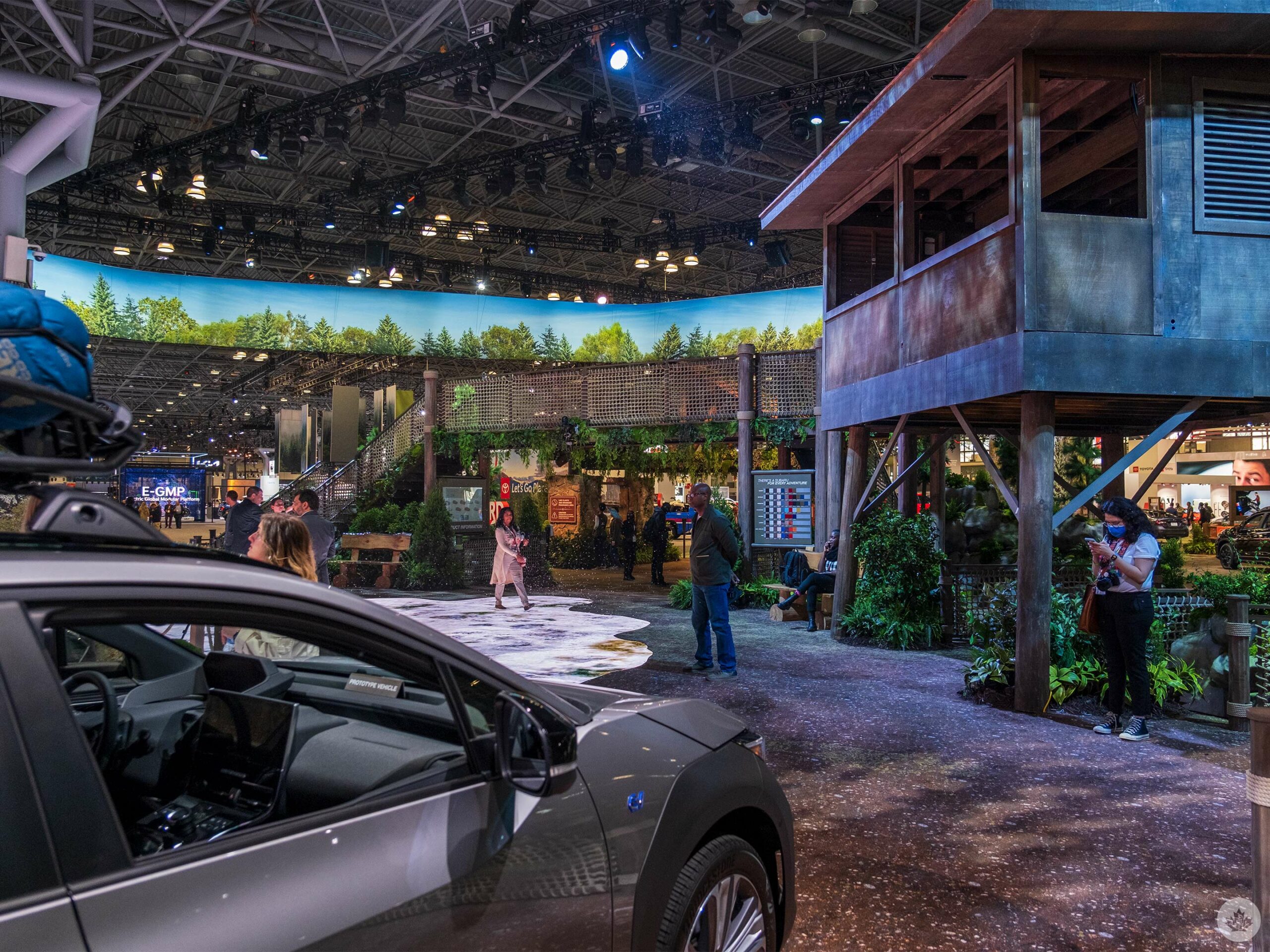 Catch me chilling in the Subaru clubhouse.

Other personal highlights included Subaru’s booth since I like the look of the Solterra so much. The company also went all out with a bubble machine to replicate a snowstorm inside and built a giant tree fort.

This was a little extra, obviously, but compared to the boring booths most automakers had set up, it was certainly unique. The screen tech that the company was using on the floor was also very cool and helped the booth change climates to show off all the terrain the Solterra is rated to handle. 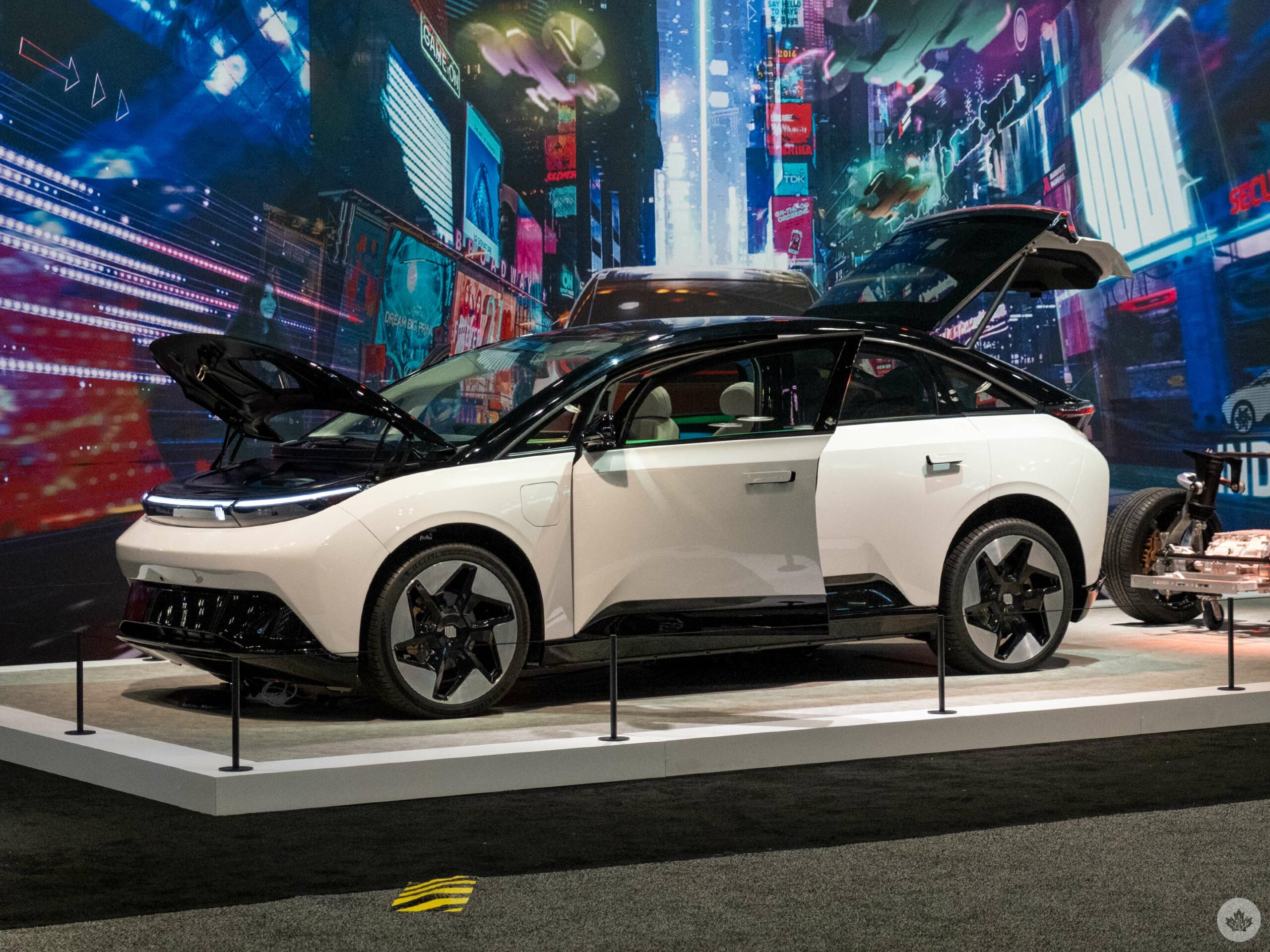 A look at the INDI EV.

A tiny booth that was tucked off to the side was INDI EV’s. This car company is new and is taking a very nerdy approach to its vehicle so far. It looks like an EV concept car from the outside and even has a plexiglass panel in the hood to show off some of its PC components.

Inside there are two screens for the passenger, and one is even a full Windows PC. It’s pretty cool, but I’m not sure if it’s something consumers are actually looking for. The Southern California-based company still has a long way to go actually to get people to buy its cars. Still, since we’ve seen so many other industries adopt gamer aesthetics successfully, this car might be wild enough to work. 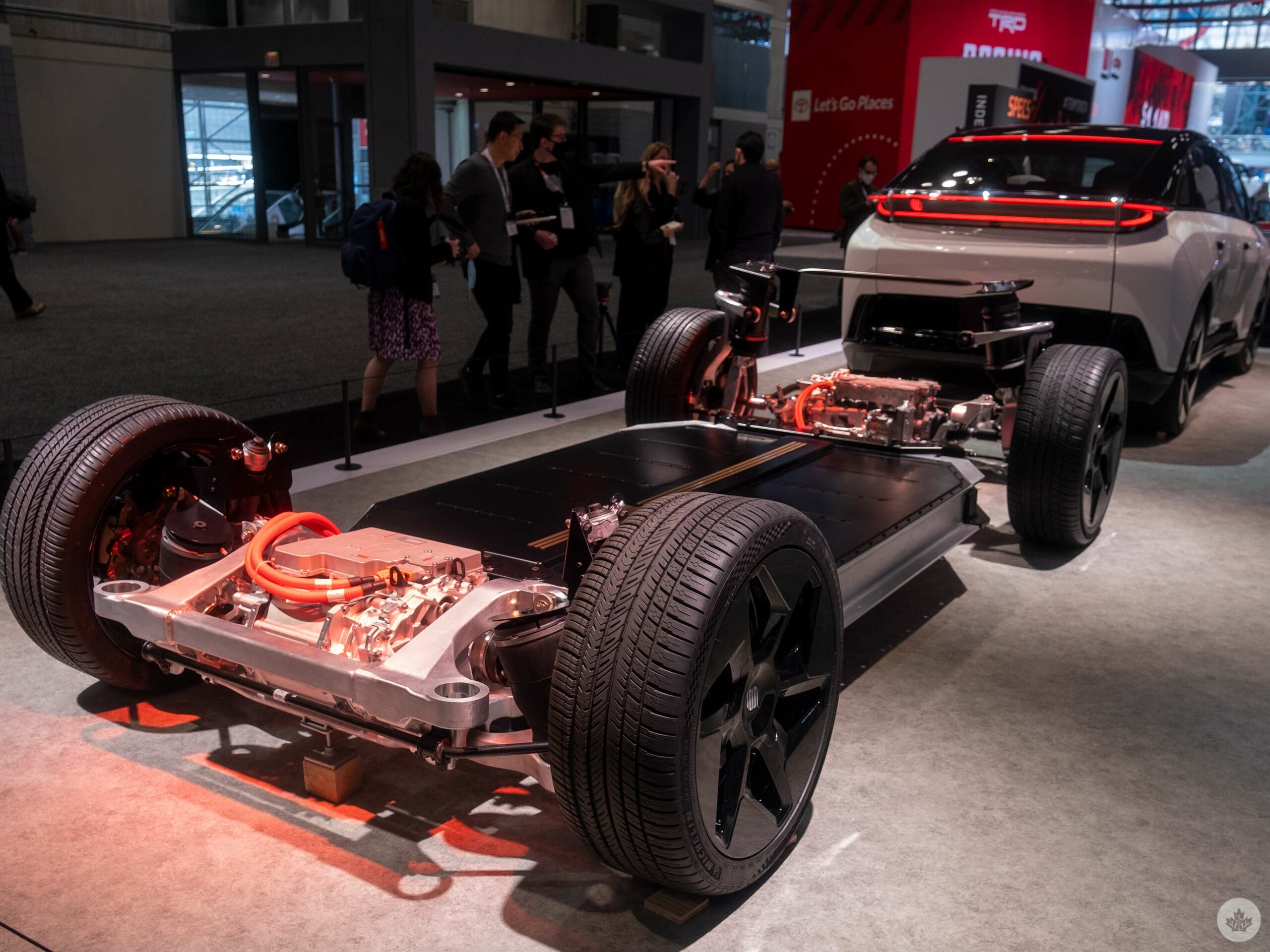 I’m not sure if the lack of grandeur at this year’s New York Autoshow was COVID-19 related or just a sign of the times, but walking away from the show, I was struck by the lack of noteworthy news that came out of it.

Of course, what disappointed me the most was the lack of vehicles made out of Lego. There was a Lego Bugatti at the first Toronto Auto Show I attended, and so far, nothing has lived up to that.