Will this be enough to win back Halo Infinite fans? 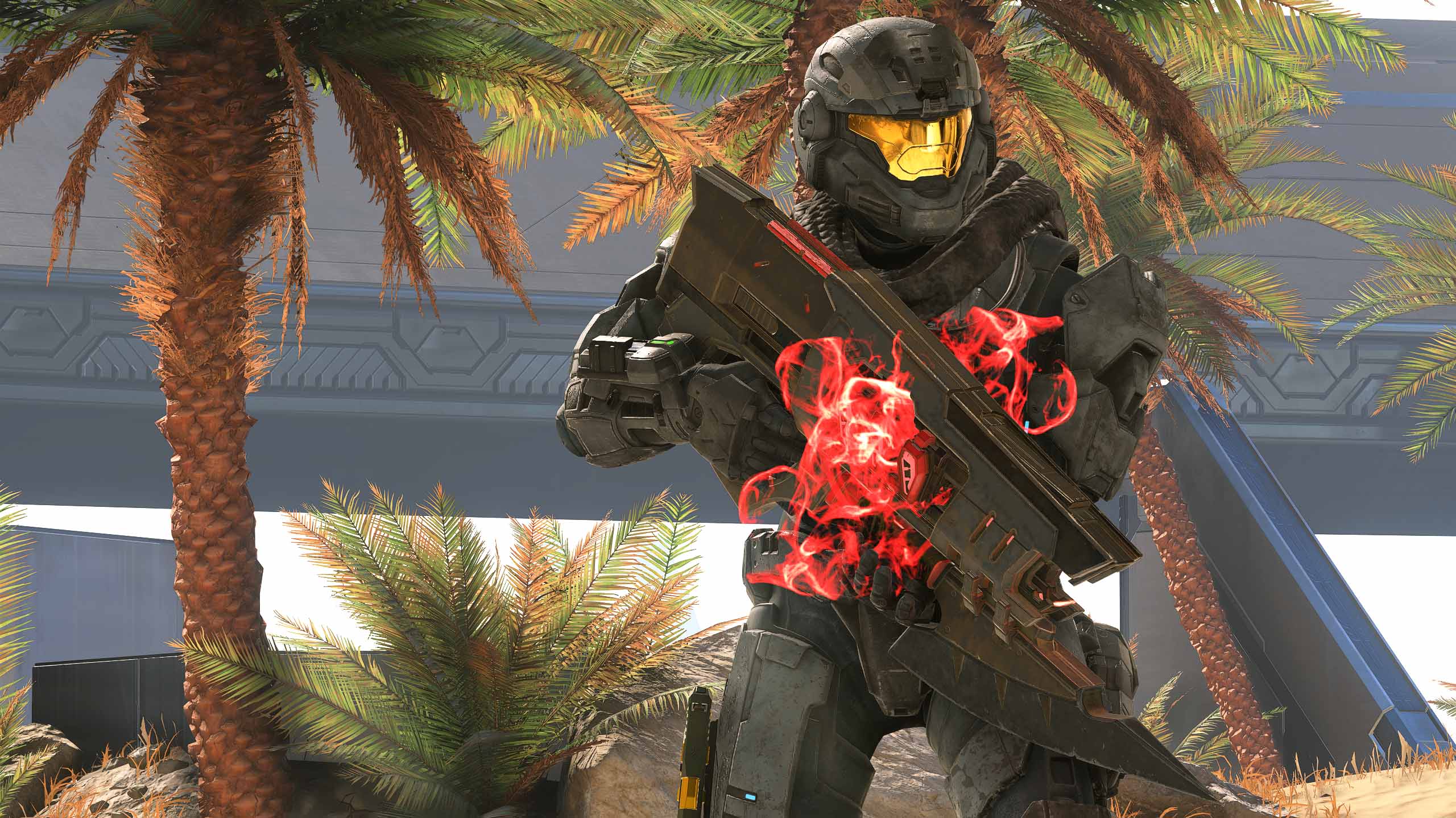 The second season of Halo Infinite starts on May 3rd, according to an announcement from 343 Industries.

The new maps include traditional-looking arena map ‘Catalyst’ and Big Team Battle map ‘Breaker,’ which features a lava pit separating the map’s different areas. The new modes are a free-for-all elimination gametype called ‘Last Spartan Standing’ and ‘Land Grab,’ a spin on ‘King of the Hill.’

343 Industries has posted several extensive blogs on Halo Waypoint over the last few weeks where the developer outlines its future plans for the beleaguered game, including Battle Pass Progression and additional customization options. Other changes include weapon balancing fixes like nerfing the Mangler considerably 🥲.

In its most recent blog post, 343 Industries said that players will be able to earn Halo Infinite’s paid in-game currency, ‘CR,’ by levelling up their Season 2 Battle Pass.

It’s worth noting that Halo Infinite’s co-op campaign mode isn’t launching alongside season 2. Several weeks ago, the developer revealed that it’s coming at some point during the season but hasn’t revealed a specific date yet, pushing the anticipated mode’s release back even further.

I really like Halo Infinite and have spent countless hours playing the game over the last few months. In fact, I’d even go so far as to say that it’s my favourite Halo title ever as far as multiplayer is concerned. That said, issues with ranked progression feeling punishing and unfair, the lack of meaningful progression after completing the Battle Pass and no new game modes/maps have made even me ditch the title for the time being.

However, Season 2 Lone Wolves seems promising at the outset and an answer to many of my issues with Season 1, so hopefully, it lives up to expectations and pulls me back into the game again.