They're not the 'in your face' LED lights but at the same time, the Glide Hexa light panels are sure to turn some heads 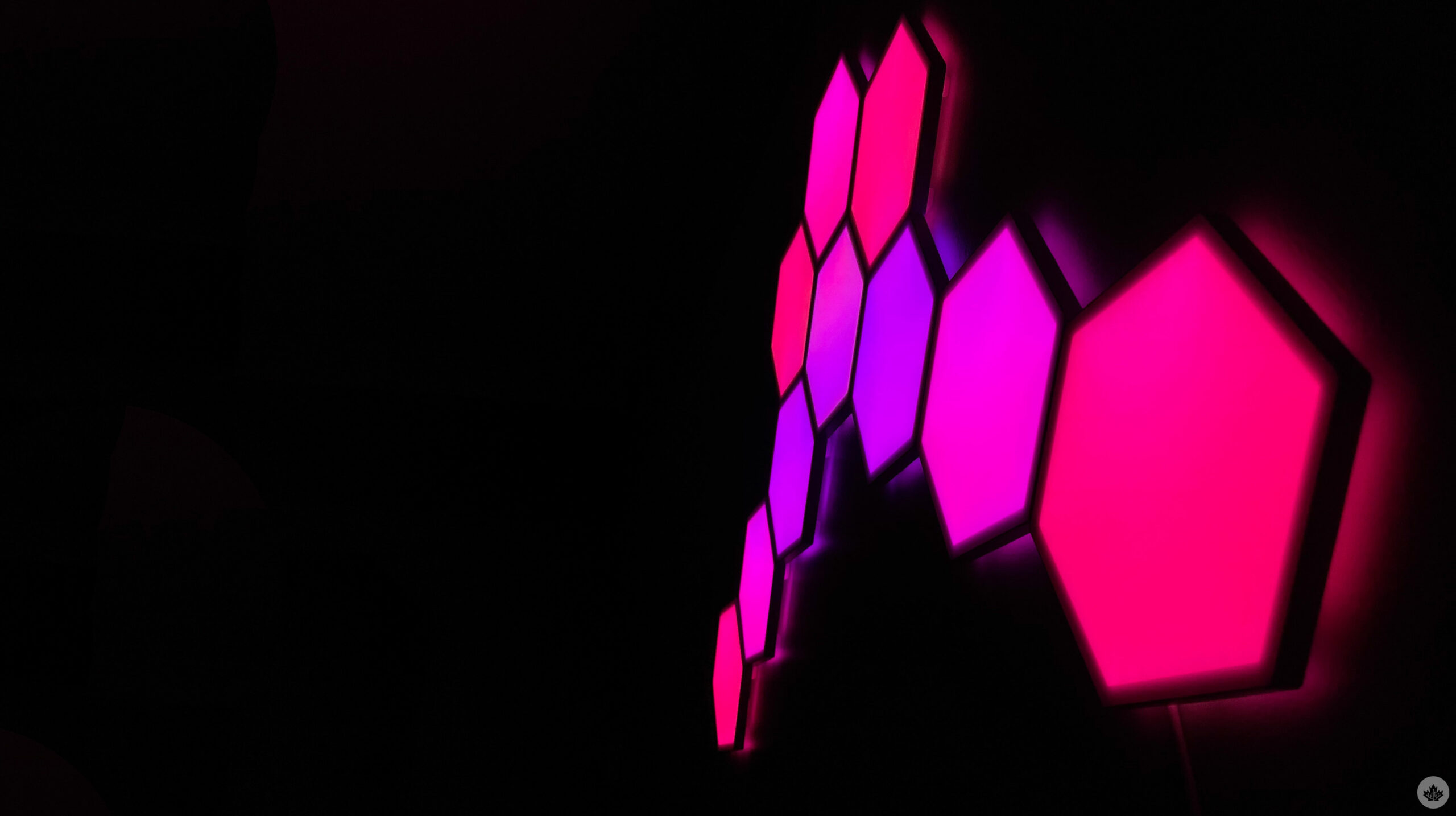 Govee has added a new wall light to its arsenal of RGBIC offerings, and it might be the company’s best product yet.

I’ve tried out other Govee lights in the past, and the Glide Hexa easily outshines them (literally and figuratively), be it something as simple as the unboxing experience to the overall quality of the product and the light it outputs.

While the box looks small at first glance, everything inside is packed perfectly, including connectors, a 24v power adapter, extra sticky pads, a level tool, a control box that acts as the brain of the light and a total of ten matte-textured Hexagon panels, with each side being 9cm. 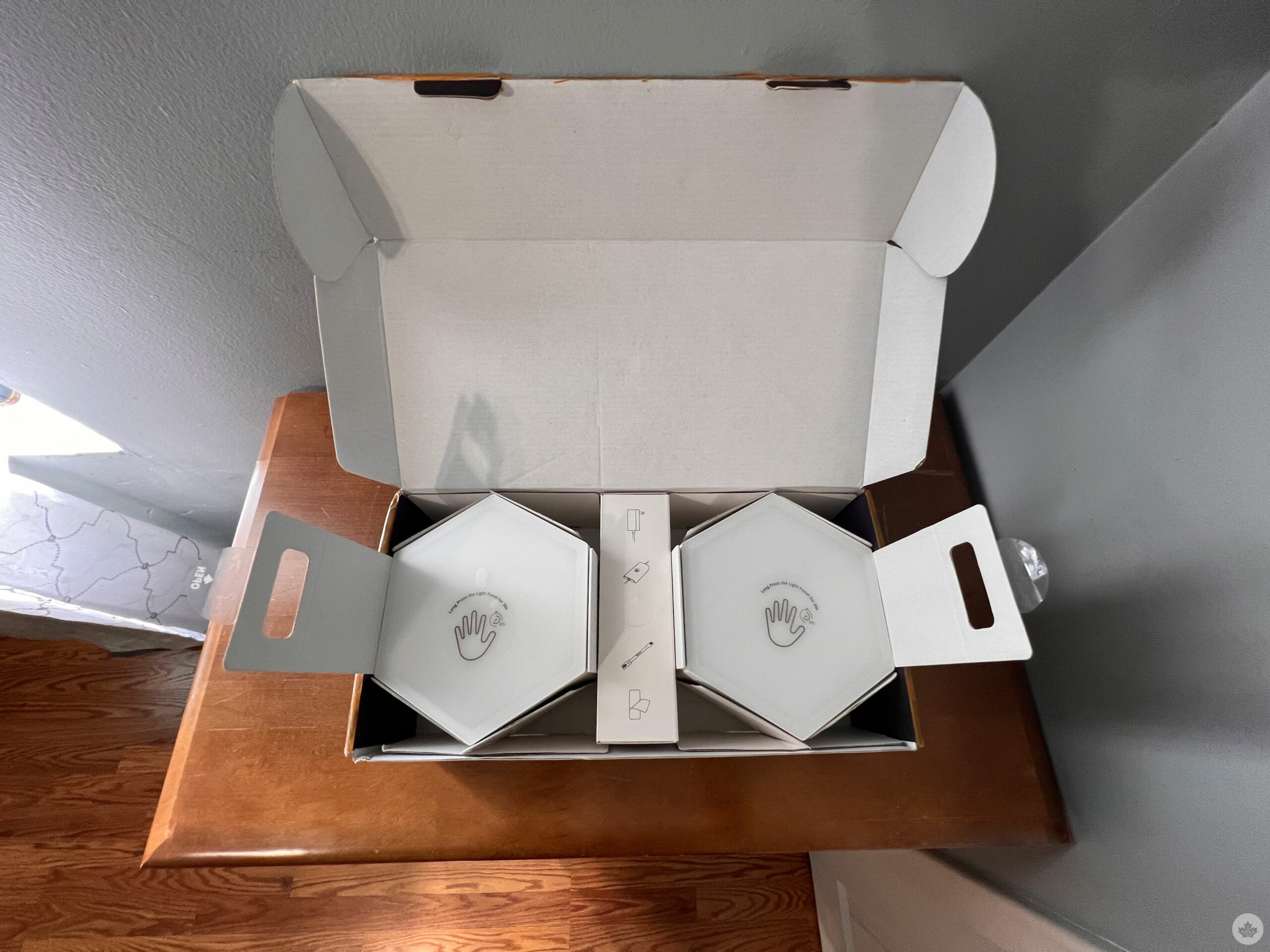 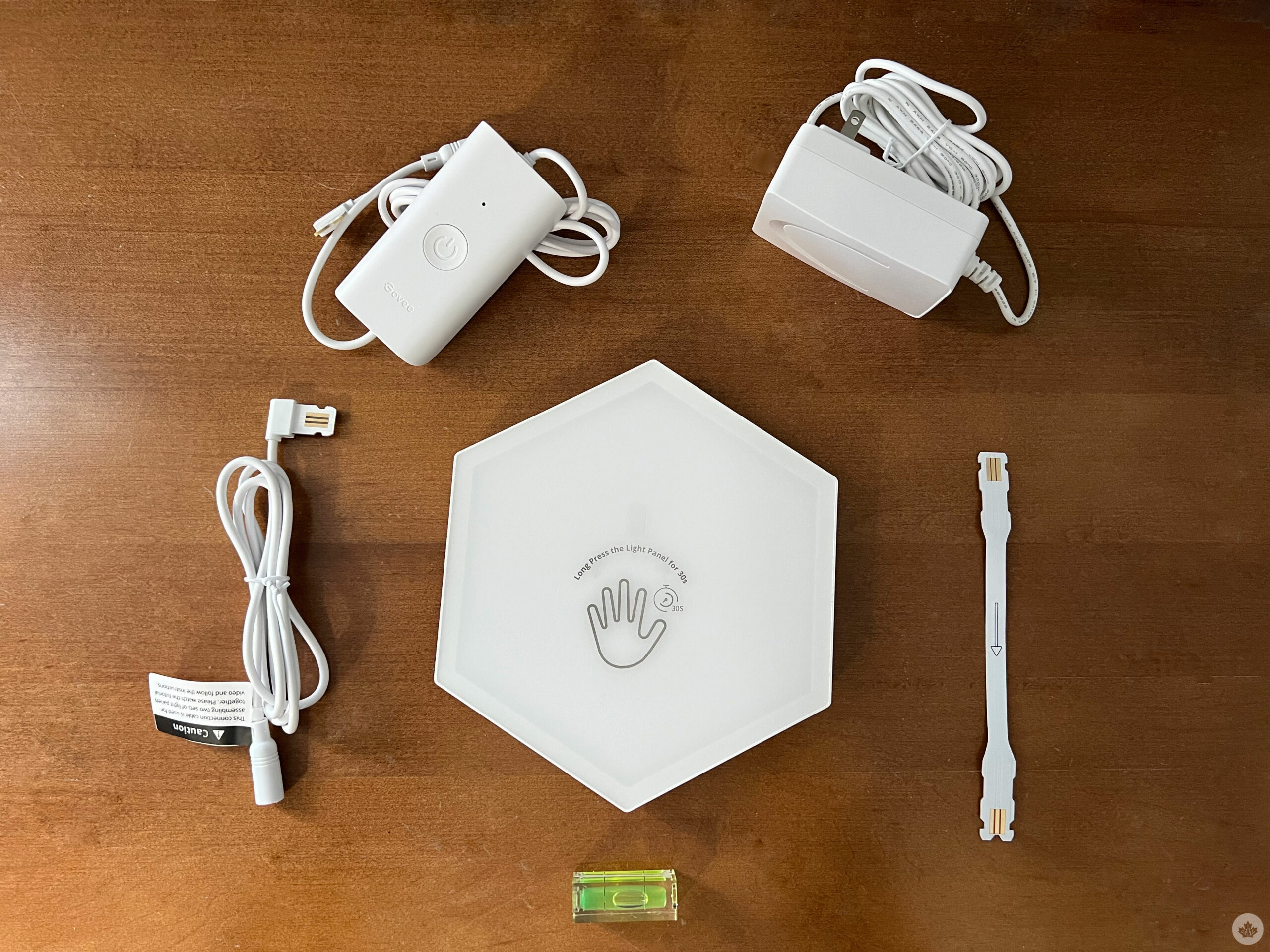 Setting up the lights did take me a little bit longer than I expected because I dived in without trying to figure out the basics first. I’ve been wanting to get Nanoleaf-like wall panels for a while now, and you could say excitement got the better of me.

You need to be meticulous while setting up the lights and sticking them onto your wall. For reference, each hexagon panel has 5 ports on its rear end. You’re supposed to first create the shape/pattern you want the lights to be set as on the Govee app, calibrate it, and the app will let you know which ‘numbered’ port to use to connect the lights with each other, as seen in the screenshot below. Read the in-app instructions before you begin the installation, and you should be good. The app also recommends some pre-made shapes and patterns that you can use if you’re not feeling creative.

After setting the desired shape in-app, the rest of the setup process is relatively straightforward. You connect the main power cable to the panel marked as ‘1’ and connect the following ones according to the numbers marked on the app.

Each panel has a 3m adhesive tape on the rear that holds the panel in place, though if you mess up, the panel can be pulled off the wall without damaging it. The connectors that pair all the panels together are flexible, so you can bend them behind each hexagon so they don’t stick out. Them being flexible also allows you to place the panels across two walls, like in the corner of your room.

One great tool provided with the lights is a small level tool that can be placed on top of each hexagon panel to gauge whether you’re placing it straight or crooked. This isn’t a necessary addition to the product, but a useful one nonetheless. 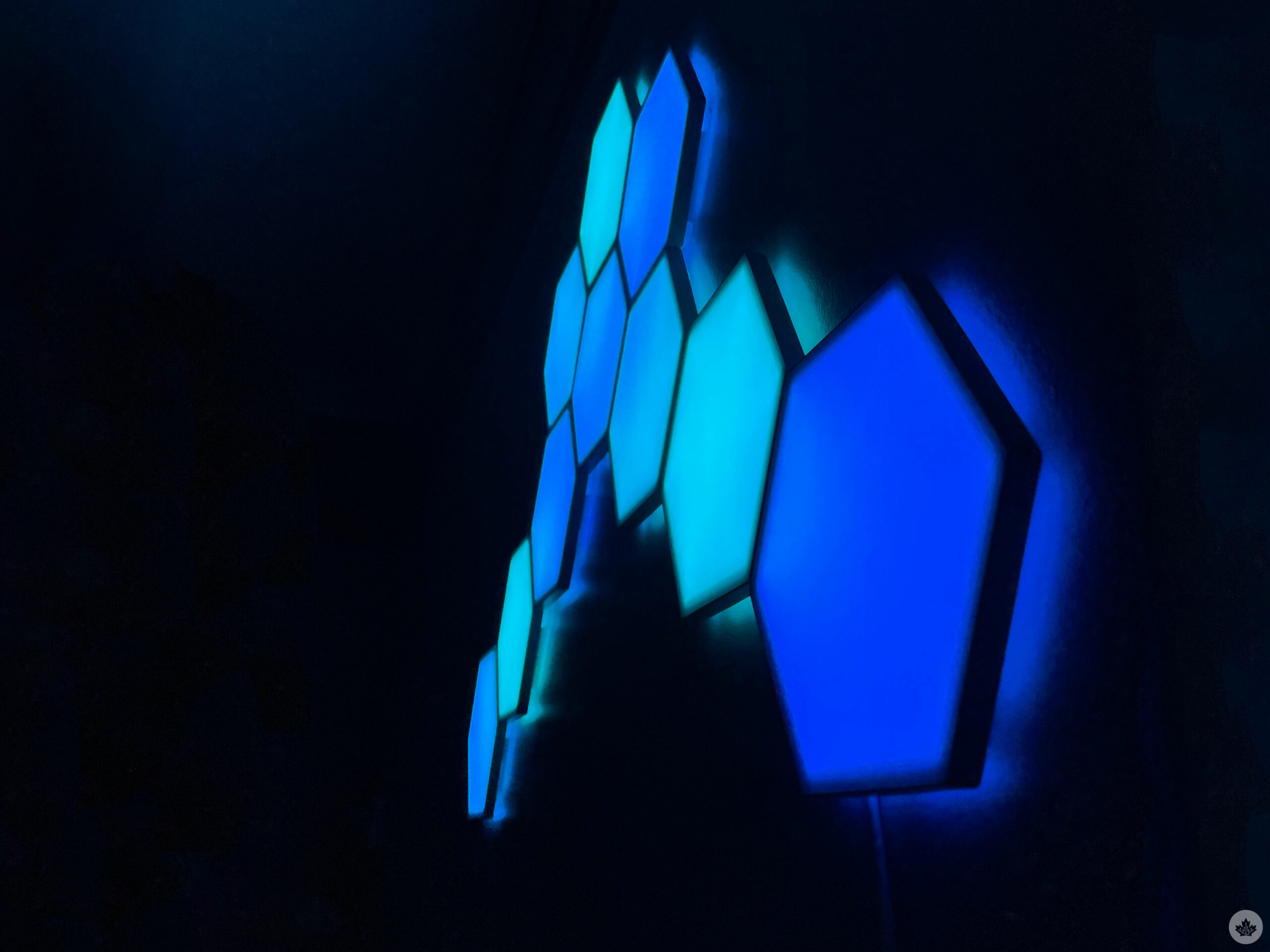 I wish the main power cable (the one that connects to panel number 1) was a little thinner. Although it is white in colour, it still sticks out like a sore thumb on my light blue-coloured wall. The good thing is that it’s a metre in length, and comes with an extension wire, so you can place the lights wherever you wish, even if the spot doesn’t have a power socket nearby.

The panels look great even when they’re not switched on, thanks to the matte finish and the seamless look between each panel, though the lights are a different beast when turned on.

The lights are RBGIC, which means they can show multiple shades of a colour per panel at once, and that shows when you select some of the lighting modes on the Govee app. More on that later.

RGB lights, on the other hand, can only show one colour per panel, and switch between colours quickly, like Nanoleaf’s Light Panels.

In my opinion, RGBIC panels look better. Being able to cycle through different colour shades per panel provides for a more immersive backdrop to your setup. Think of it like an aurora in the sky, or a fire in a field.

An aurora is green, but it’s not the same shade of green all over, while a fire is yellow and orange, but with different shades of the colours throughout.

All the panels, in addition to having a matte finish, are also translucent, which allows the light to shine on the wall behind the panel, creating a ‘glow’-like design that looks beautiful in a pitch dark room.

Speaking of a dark room, if you have parties at home, the Glide Hexa’s music mode is sure to be the life of it. Govee’s music mode has always been a good feature in its products, though it truly shines with the Glide Hexa. For starters, the Hexa covers more space than the company’s other products, so naturally, it creates a more immersive atmosphere. I also feel like it’s more accurate at picking up beats and vocals, and displaying lights accordingly.

It’s worth noting that the control box (the brains of the operation) is responsible for listening to sound cues for the music mode, and that it is sensitive, so it will also pick up other sounds around it, which can result in inaccuracies in the lighting effect.

Music mode on the Hexa has a few new features that other Govee lights don’t have, in addition to an option that allows you set which direction the lights travel in, i.e. left to right, right to left, from the middle to the outer panels or vice versa.

Colour mode on the other hand gives you complete control over each panel, including brightness and colour schemes. 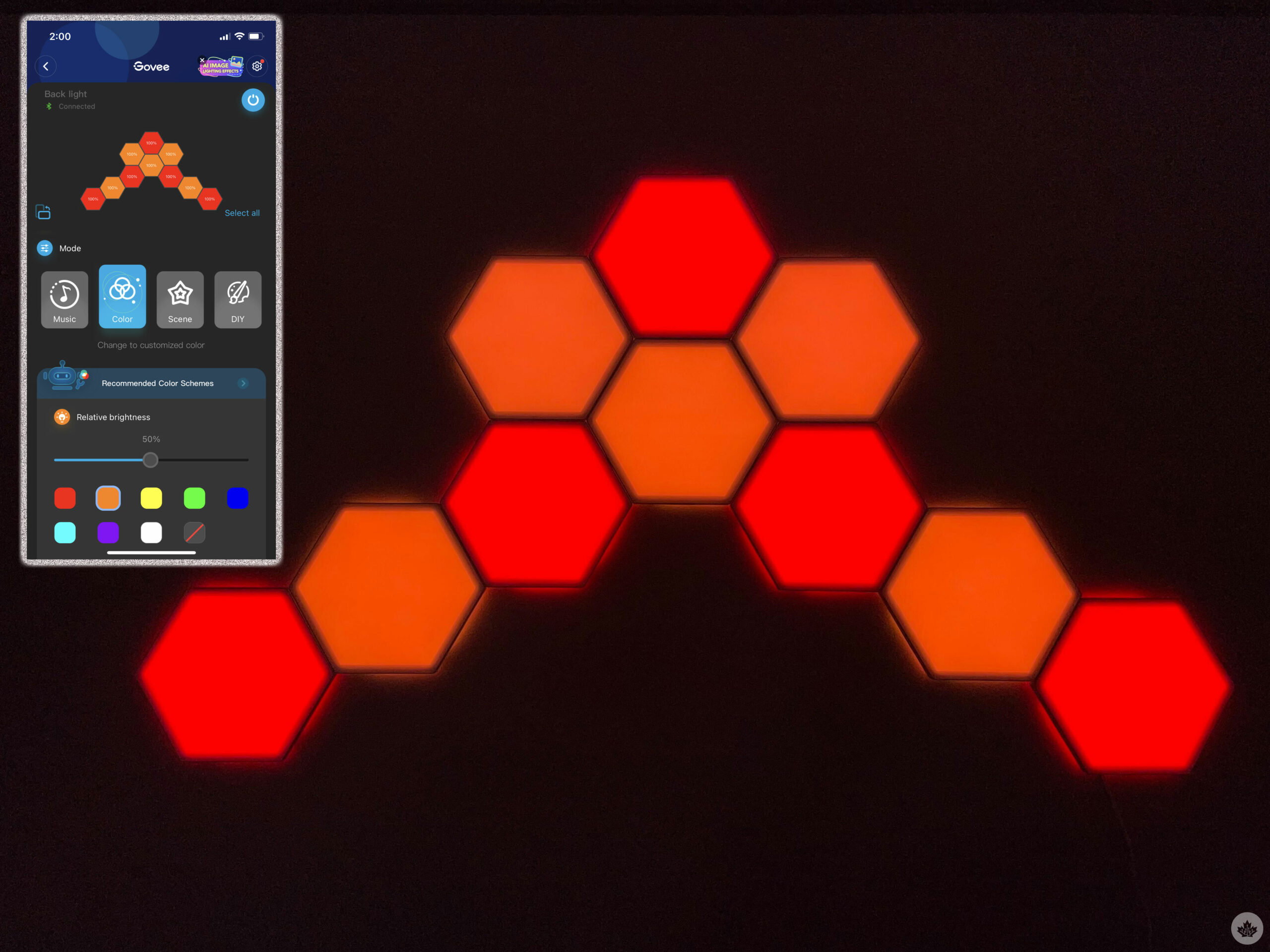 The app also offers a wide variety of pre-made scenes, like ‘Aurora’ and ‘Fire’ that I mentioned earlier. There are scenes for every mood; fast-moving, epilepsy-triggering scenes like ‘Disco’ and ‘Dance Party’ to scenes that you can leave on for the whole day like ‘Flower Field,’ ‘Sunset Glow’ and ‘Optimistic.’

Overall, I’m extremely pleased with the Govee Glide Hexa, especially since I’ve been eyeing wall panels for a while now. They’re not ‘in your face’ LED lights, but at the same time, they’re sure to turn some heads. 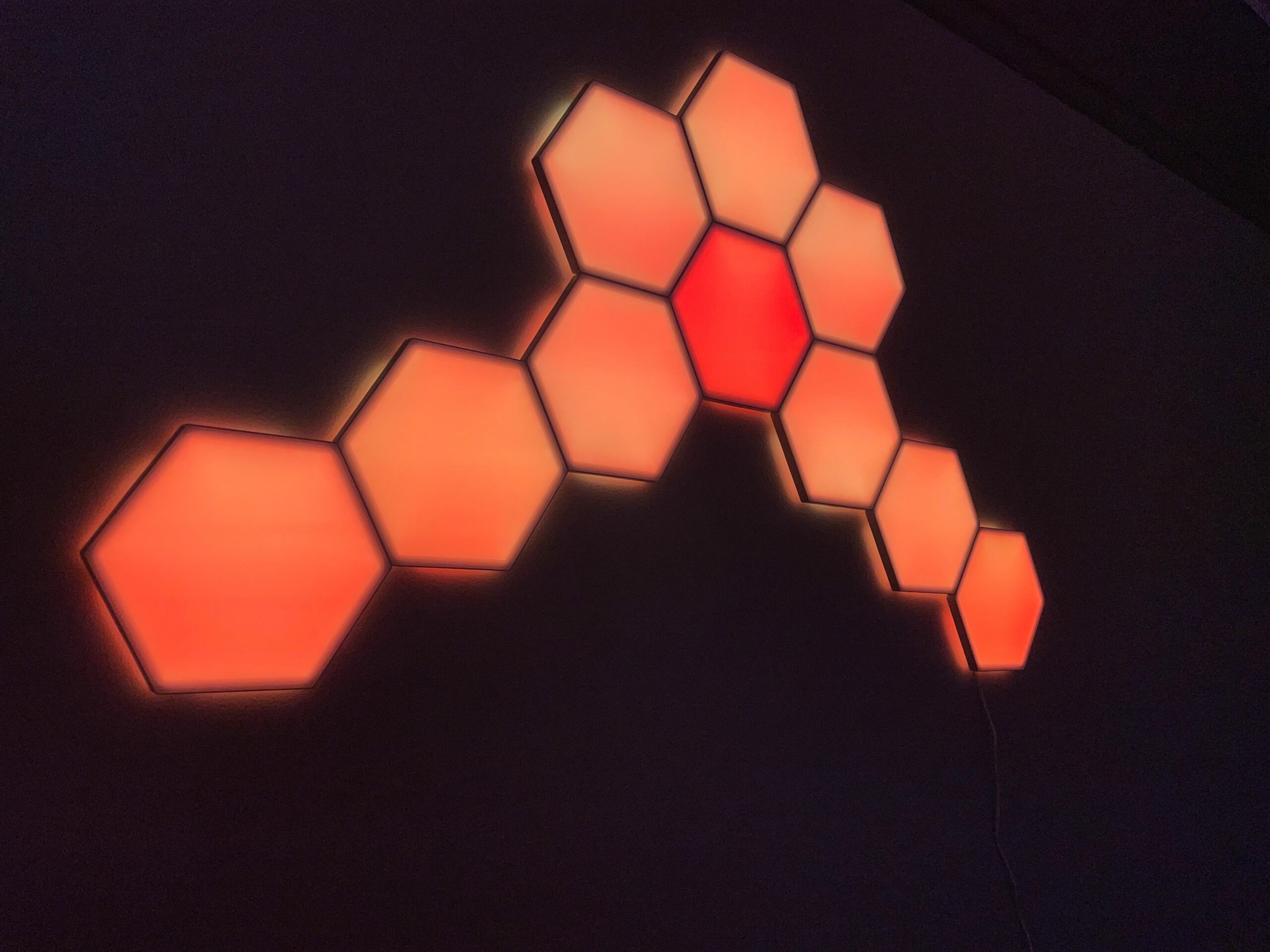 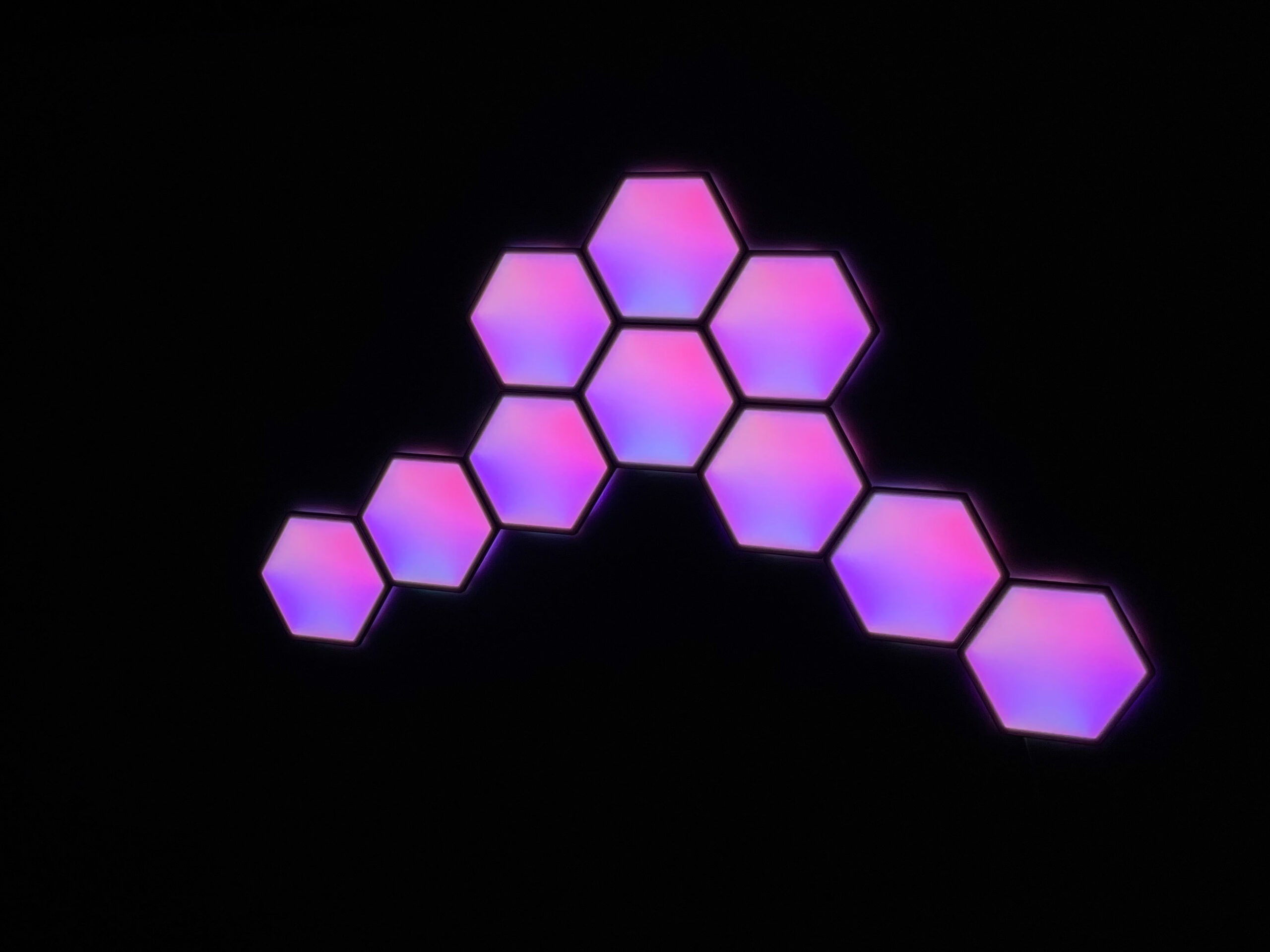 What can Govee do to better its lights in the future? I feel that the borders of each panel are too pronounced, making each hexagon stand apart from the other. The edge/border/bezel of the panels don’t have lights underneath, so they don’t shine as bright as the inner part of the panel. While I don’t mind the look, I wish the borders would light up too, so that the light looks like one giant shape instead of multiple hexagons connected together.

I would like to see Govee update the hardware to include lights all the way to the border, and an update in the software that would allow users to ‘Illuminate borders’ or keep them off, giving users the best of both worlds 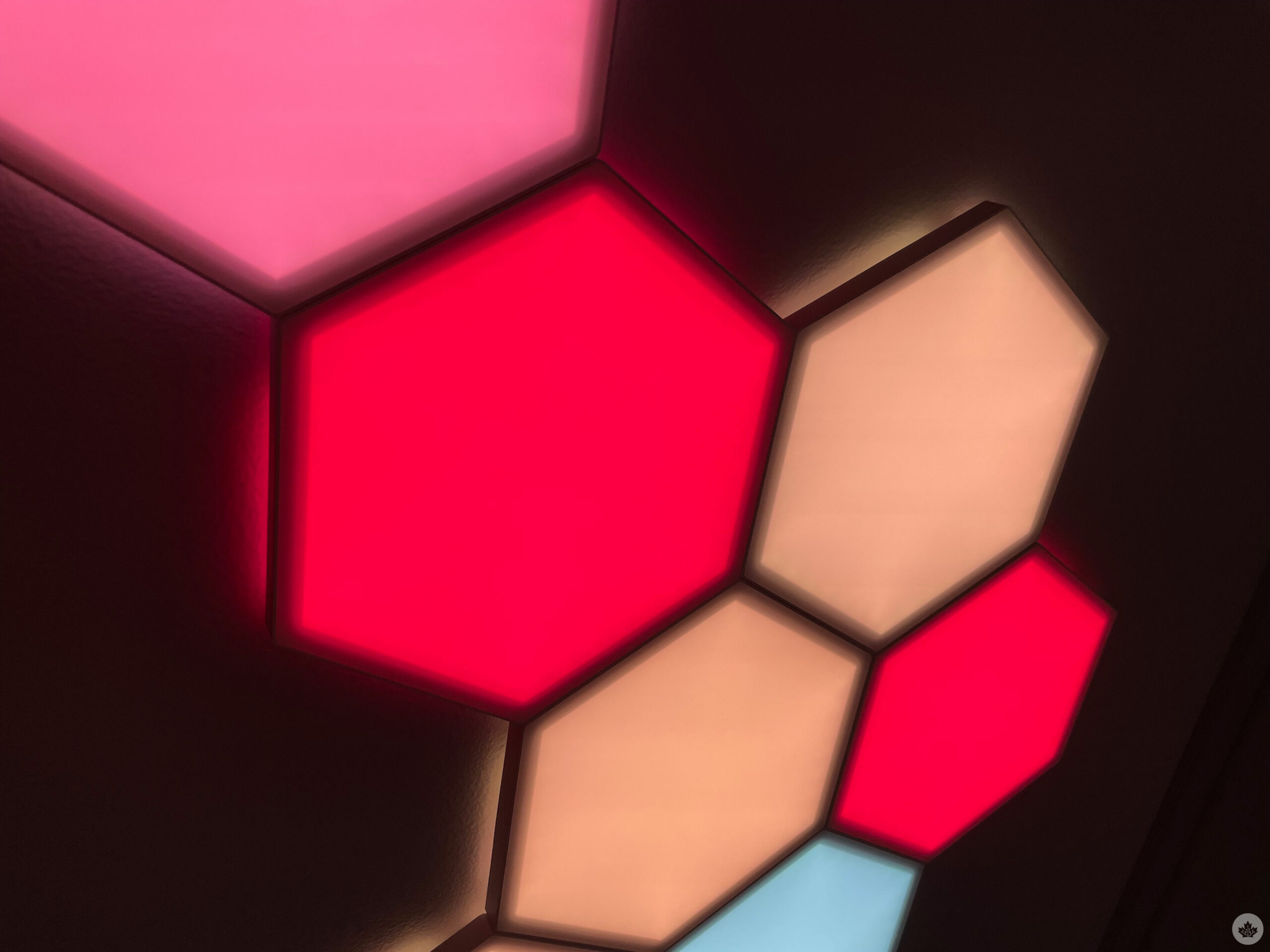 The Govee Glide Hexa Wall Light Panel is available for $299.99 from Govee’s website. The company is also offering a BOGO promotion on a lot of its products until March 30th.