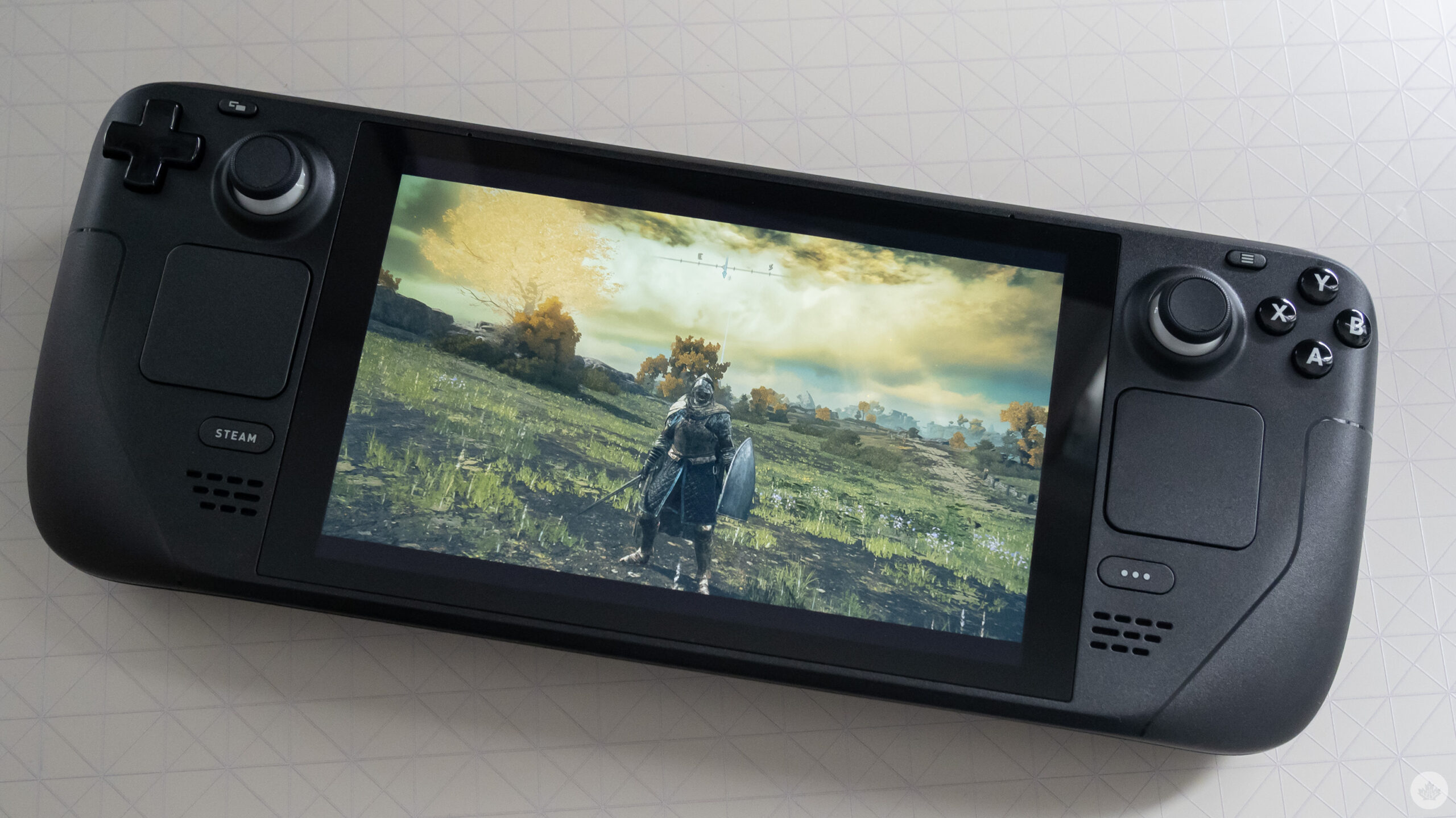 This past weekend I spent a lot of time playing FromSoftware’s Elden Ring on Valve’s Steam Deck.

While it’s undeniably cool to be able to play a recently released game with PS4/Xbox One level graphics on a dedicated handheld, the experience has been far from flawless even when Elden Ring’s graphics settings are turned down.

However, that could soon change.

Regardless of how low the graphics are set, I found myself encountering bouts of lag while playing Elden Ring on the Steam Deck, mainly when there are multiple enemies on the screen at once or when fighting on my faithful Spectral Steed, Torrent. Though this doesn’t happen all the time, I’d describe these parts of the game as nearly unplayable at times.

After a particularly frustrating fight where two mounted enemies disappeared from the screen only to reappear and kill me immediately, I almost pulled the trigger on buying the Xbox Series X version of Elden Ring and abandoning playing on the Steam Deck altogether.

According to a tweet from Valve coder Pierre-Loup Griffais, the company is already working on a fix for this issue.

“The graphics team has been hard at work on optimizing Elden Ring for Steam Deck,” said Valve employee Griffais in a recent tweet. “Fixes for heavy stutter during background streaming of assets will be available in a Proton release next week, but are available to test now on the bleeding-edge branch of Experimental.”

The graphics team has been hard at work on optimizing ELDEN RING for Steam Deck. Fixes for heavy stutter during background streaming of assets will be available in a Proton release next week, but are available to test now on the bleeding-edge branch of Experimental. pic.twitter.com/5oSnXtF2OG

Given only developers and the media have the Steam Deck, Valve and FromSoftware have a short window to improve Elden Ring’s compatibility with the Steam Deck before it gets into the hands of consumers. The first batch of Steam Deck units started shipping out to customers last week.

Given how much fun I’ve had diving into Elden Ring on the Steam Deck, I’m really hoping this update solves the game’s problems on the handheld (I may even give the ‘experimental bleed edge’ beta update update a shot). In fact, I’m surprised I’m enjoying Elden Ring at all given my usual distaste for soulsborne titles and their extreme difficulty level. Thankfully, FromSoftware has added several quality of live improvements to Elden Ring that make the title easier for newcomers to get into, including simple fast travel, an overall slower pace and frequent save points (Sites of Grace).

For more on Elden Ring, check out Dean Daley’s in-depth look at the game. Also, be on the lookout for my Steam Deck review on MobileSyrup in the coming days.

Update 02/28/2022 7:20pm ET: I’ve tested out the ‘bleeding edge’ beta Elden Ring Steam Deck update myself and the game now runs at a super smooth 30fps (and even above in smaller areas if you turn off the FPS lock). The slowdown is entirely gone.