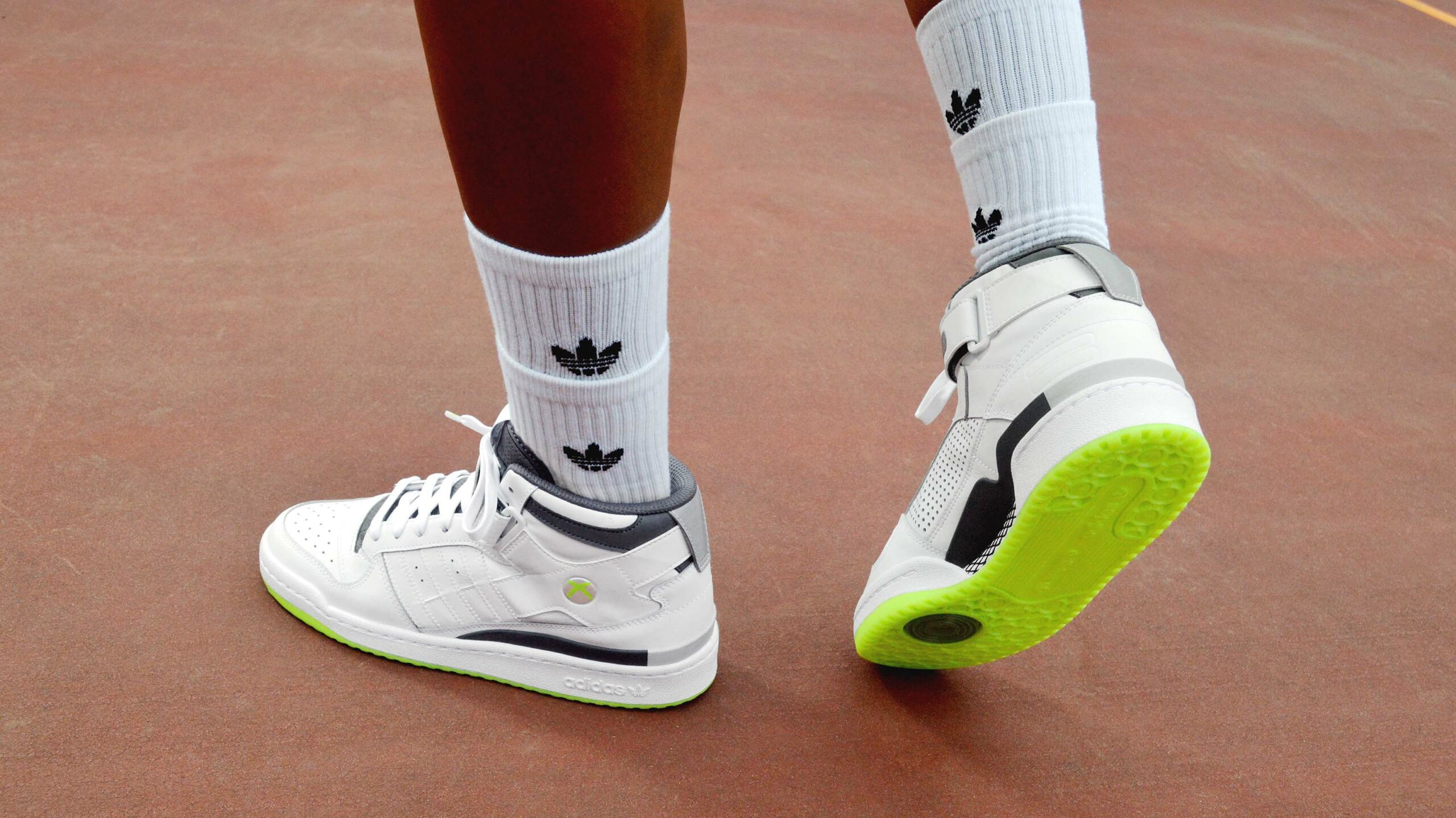 Xbox and Adidas have unveiled the first of the companies’ 20th-anniversary sneaker collection. The shoe marks the very first Xbox-themed sneaker to release in North America.

The Xbox 360 Forum Mid features a myriad of tributes and easter eggs designed to celebrate the history of the Xbox. The kicks include the Xbox 360’s signature white, silver, and green colour scheme. Eagle-eyed fans will also notice the 360 disk tray decal on the shoe’s strap and references to the console’s removable hard drive and air vents on the heel.

The Forum Mids are laced white with four additional pairs of laces themed after the different colours of the face buttons on the 360’s controller.

The limited release will be available for purchase in both Canada and the U.S. on November 4th at 10pm ET/7pm PT on adidas.ca.

Also, as a part of the ‘Always Played In. Never Played Out’ initiative, Xbox faithful can check ‘In Queue.’ In Queue works like a virtual reveal experience to celebrate and aims to relive what Microsoft calls “the golden age of gaming: the launch of the Xbox 360.” The digital trip down memory lane can be seen at neverplayedout.net.

These shoes are the first of a larger partnership between Xbox and Adidas.