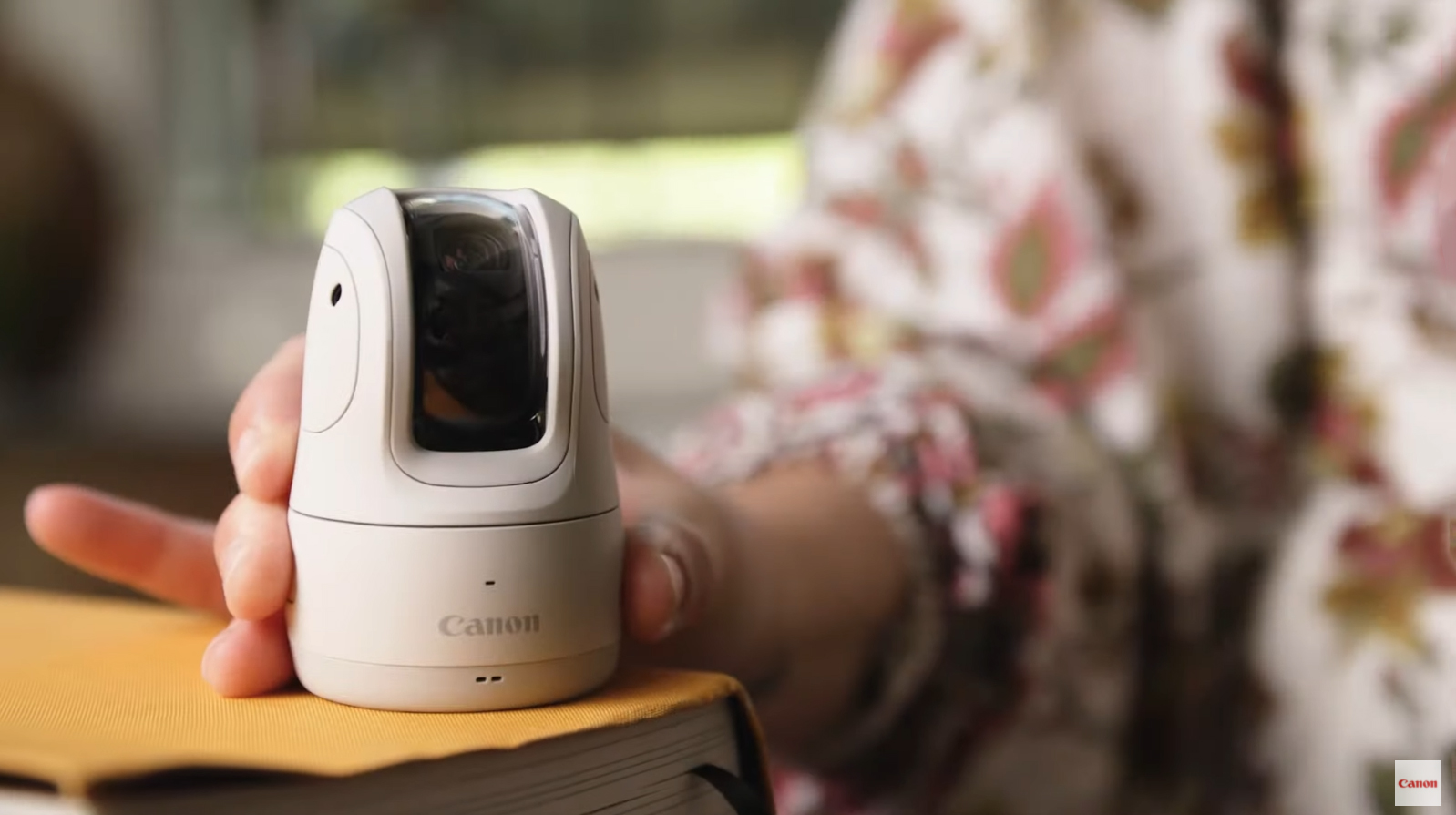 Canon has announced a new camera, that at first glance, doesn’t really look like a camera.

The new PowerShot PX is a smart camera that looks like the lovechild of R2-D2 and an everyday surveillance camera. Canon is touting the PowerShot as a portable companion that you can set up anytime and anywhere to automatically capture memorable moments with you in the frame, not behind it.

The Canon PowerShot PX records stills and video by intelligently tracking and composing subjects in the frame and can tilt 110 degrees up and down and pan 340 degrees left and right. It features a 12-megapixel sensor that can record video at 1080p at 60FPS with a 19-57mm lens.

The camera can connect to your smartphone over a Wi-Fi network, allowing it to sync all the content it has shot and giving the user the option to manually control the camera if needed. It has a battery life of about two to five hours, depending on if and how many photos/videos it captures.

The Canon PowerShot PX is available to pre-order in Europe for £449.99 (roughly $766.28 CAD), with orders shipping on November 18th. We couldn’t find any information about it coming to North America. MobileSyrup has reached out to Canon for information regarding Canadian pricing and availability.